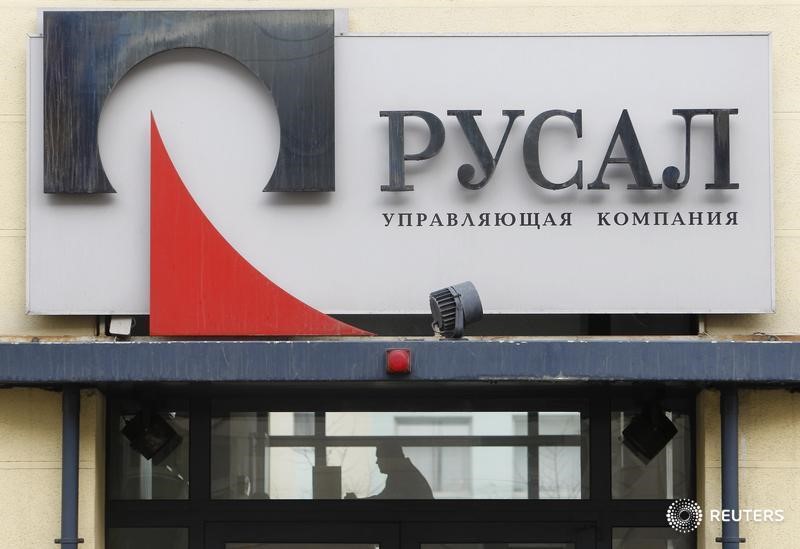 Investing.com– Russian aluminum producer Rusal (MCX:RUAL) (HK:0486) reported a weaker half-year profit on Friday, and flagged uncertainty over its ability to continue operating amid a slew of Russian sanctions and volatility in commodity markets.

Rusal said in a statement to the Hong Kong Stock Exchange that a ban by the Australian government on alumina and bauxite exports to Russia, coupled with the suspension of production at its Mykolaiv Alumina Refinery in Ukraine, was likely to spur a vast increase in costs this year.

Rusal – once the world’s largest aluminum producer – reported a net profit of $1.68 billion for the six months to June 30, down from $2.02 billion reported last year. The group is still benefiting from higher global aluminum prices.

Its existing stockpiles also allowed Rusal to keep aluminum production steady at 1.9 million tonnes in the first half of the year.

But sanctions imposed by the United States and its allies on Russia – over the country’s military incursion into Ukraine – have made transacting with foreign banks significantly difficult for Russian companies.

Australia had earlier this year also banned the export of alumina – a key element in aluminum manufacturing – to Russia. This move had dented Rusal’s ability to source the element, and is expected to result in much higher costs for the firm.

The Russian sanctions, coupled with volatility in global markets, “create material uncertainty in the Group’s ability to meet its financial obligations on time and continue as a going concern entity,” Rusal said.

The firm, which is headquartered in Moscow, said it will see increased costs as it rebuilds its supply chain. It had filed a lawsuit against Australian miner Rio Tinto (ASX:RIO) in June over its 20% share of alumina jointly produced at a refiner in Queensland.

The aluminum producer had recently launched bond placements in the Chinese yuan and the Russian rouble, as it attempts to circumvent damaging economic sanctions against Russian firms.