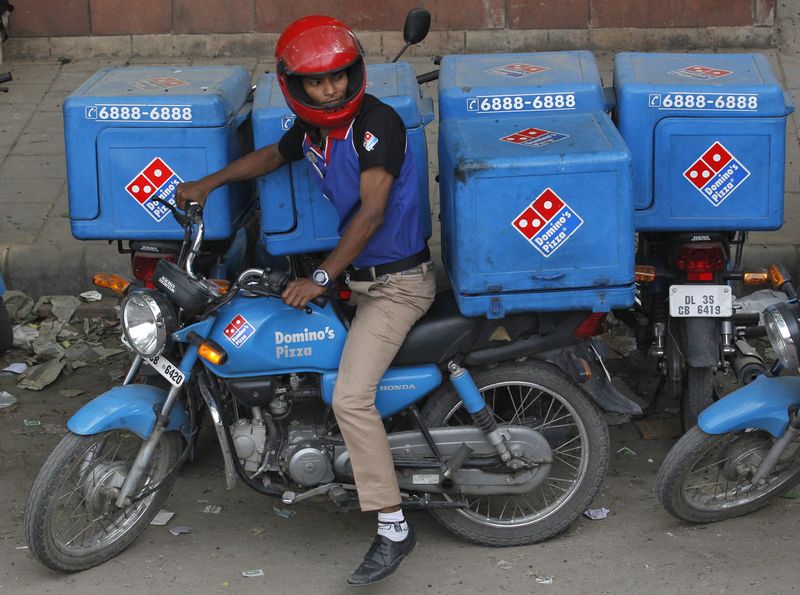 (Reuters) -Britain’s Domino’s Pizza (NYSE:DPZ) reported a 16% fall in first-half pretax profit on Tuesday, following rising costs and food inflation, and said it was increasing its media spend in the second half to try to lure more customers.

Shares of the midcap firm, which have lost more than 30% in value so far this year, were 1.9% lower at 0953 GMT, underperforming the wider index.

The conflict between Russia and Ukraine, two major grain exporters, has driven up global wheat prices and led to concerns about flour supply.

Energy prices have also surged, with knock-on effects for inflation across the economy.

Chief Executive Dominic Paul said the company was better placed than many to cope with cost increases because of its robust supply chain.

Despite the fall in profits, it increased the dividend to 3.2 pence from 3 pence last year and launched a 20 million pounds ($24.43 million) share buyback programme.

Its fall in underlying profit before tax to 50.9 million pounds in the first half echoes the difficulties of Domino’s Pizza Inc https://www.reuters.com/business/retail-consumer/dominos-pizza-sales-drop-less-than-expected-staffing-crunch-eases-2022-07-21, which missed market estimates for quarterly profit last week following higher expenses.

The London-listed company said profitability would be weighted to the second half as it passes on costs to its own franchisees, helping it to maintain its annual outlook.

As restaurants and pubs have reopened following pandemic lockdowns, consumers have spent less on ordering in.

Britain’s Domino’s said, however, it has gained market share and its trial with delivery firm Just Eat is being extended to nearly one-third of its store estate.

“We will be increasing our media spend in the second half compared to the first half, amplifying our value message to customers as we head into key events such as the men’s football World Cup,” said Paul who is leaving the group later this year.

The company has yet to name his successor.