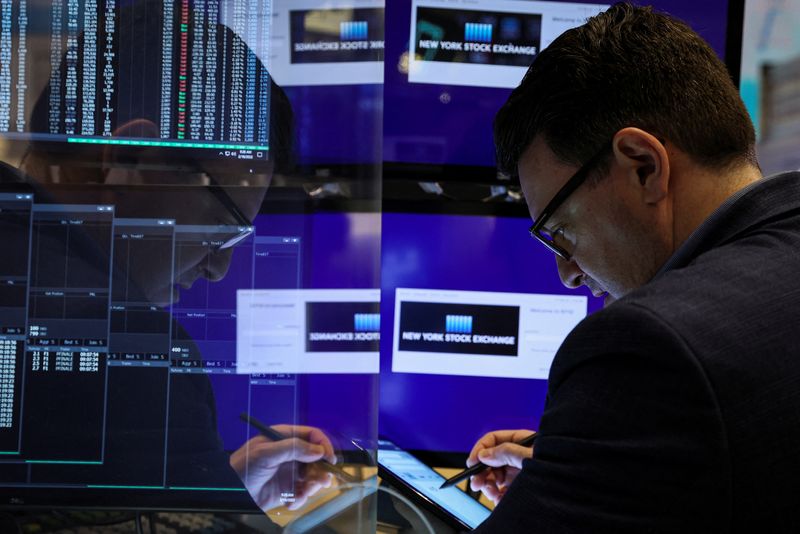 Investing.com — The S&P 500 jumped Thursday, powered by a rebound in energy stocks and a chip-fueled rally in tech underpinned by better-than-expected results from South Korean tech giant Samsung.

Energy stocks clawed back some of their recent losses as oil prices shrugged off data showing U.S. weekly crude inventories unexpectedly rose by 8.2 million barrels in the week ended July 1.

Diamondback Energy (NASDAQ:FANG), Marathon Oil (NYSE:MRO), and APA Corporation (NASDAQ:APA) were among the biggest gainers with the latter up more than 7%

Chip stocks rose more than 4% to push the broader tech sector higher after Samsung’s better-than-feared results and guidance lifted worries about the outlook for chip demand. Samsung forecast a 11.4% rise in second-quarter operating profit from the prior year, with revenue expected to rise by 20.9% in the quarter year-on-year.

The ongoing strength in tech comes even as Treasury yields tacked on gains despite expectations for aggressive Fed Rate hikes dissipating following recent data showing a slowing economy and signs that inflation could be peaking.

“[W]hile the Fed remains focused on inflation, the reversal in market pressures could offer the Committee cover if they did decide to make a smaller move in July,” Stifel said.

Initial jobless claims ticked up to the highest level since January, though analysts continued to note that the labor market remains tight. Jobless claims are “still very low relative to history, and it is consistent with tight labor market conditions,” Jefferies said in a note.

In other news, GameStop Corp (NYSE:GME) jumped more than 10% after its board backed a 4-for-1 stock split as the video game retailer looks to attract more retail investors.