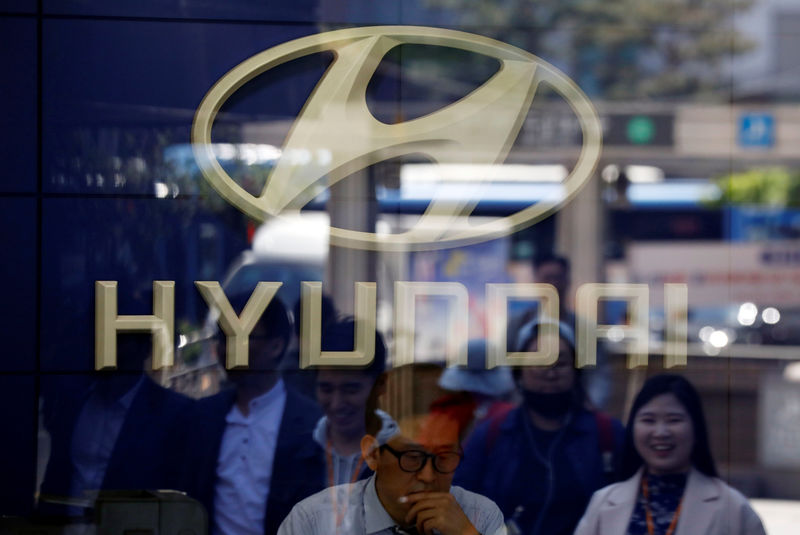 SEOUL (Reuters) – The union that represents Hyundai Motor Co’s South Korean workers said on Tuesday it plans to resume a week of wage talks with management on Wednesday, staving off any immediate prospect of a walkout in a protracted industrial dispute.

The talks between the union and the automaker’s management are expected to continue until July 13, according to the union. A deal would allow Hyundai Motor, bracing for a possible economic downturn and grappling with a prolonged global chip shortage, to avoid what would have been its first domestic strike in four years.

The union last week voted for a possible strike over demands for higher wages amid a surge in the cost of living and anger at what it said was management prioritising overseas investment.

Ahead of the talks, the union, one of the biggest in the country with more than 46,000 members, said it plans to reject proposed overtime shifts at all Hyundai Motor factories in the country this coming Saturday.

“With stagflation and prolonged war in Ukraine, we are expecting a worse economic downturn than what we saw during the 2008 financial crisis,” Lee said in a statement. He said the automaker lost about 90,000 vehicles from scheduled production in the first half of this year due to the chip shortage and a nationwide strike among truckers.

The union is seeking a minimum basic monthly pay increase of 165,200 won ($127) and a performance bonus equivalent to 30% of Hyundai’s 2022 net profit, as soaring inflation cuts into workers’ wages.