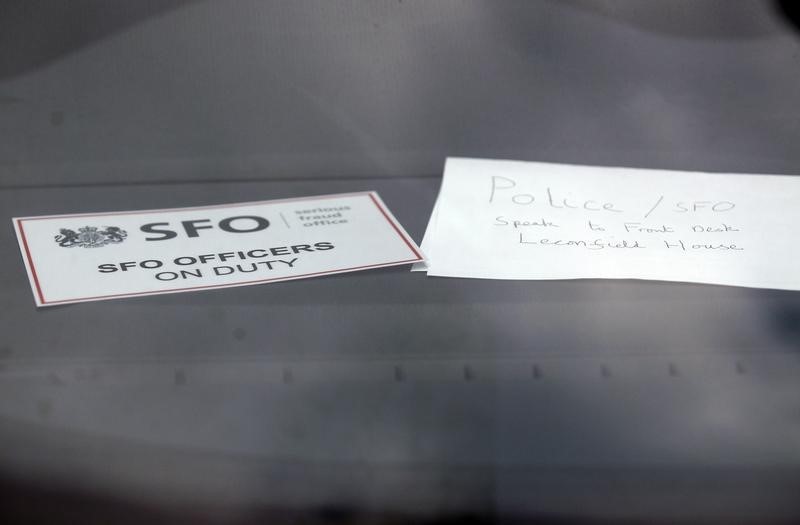 Investing.com — Chemring (LON:CHG), the U.K. group specializing in defense and security equipment, said the U.K.’s Serious Fraud Office has closed its investigation into the company without filing charges.

The investigation into allegations of bribery, corruption, and money laundering by intermediaries retained by a Chemring subsidiary had begun in January 2018, focusing on two deals concluded in 2011. Its closure lifts a cloud from the company’s stock price, although Chemring still faces potential headwinds from an accident at its U.K. countermeasures site last year and a potential tax liability relating to U.K. rules on dealing with foreign companies.

Chemring said it “remains committed to conducting its business in an ethical and responsible manner at all times, and in full compliance with all applicable laws and regulations.”

The result is fresh evidence of the difficulties met by the SFO in bringing alleged corporate wrongdoing to account. Previous failures have left critics decrying the organization as toothless, unable to press cases that are politically sensitive, especially with regard to key U.K. trade partners.

The SFO said it had made an “extensive investigation and a comprehensive review of the available evidence,” but the evidence “did not meet the test for prosecution as defined in the Code for Crown Prosecutors.”