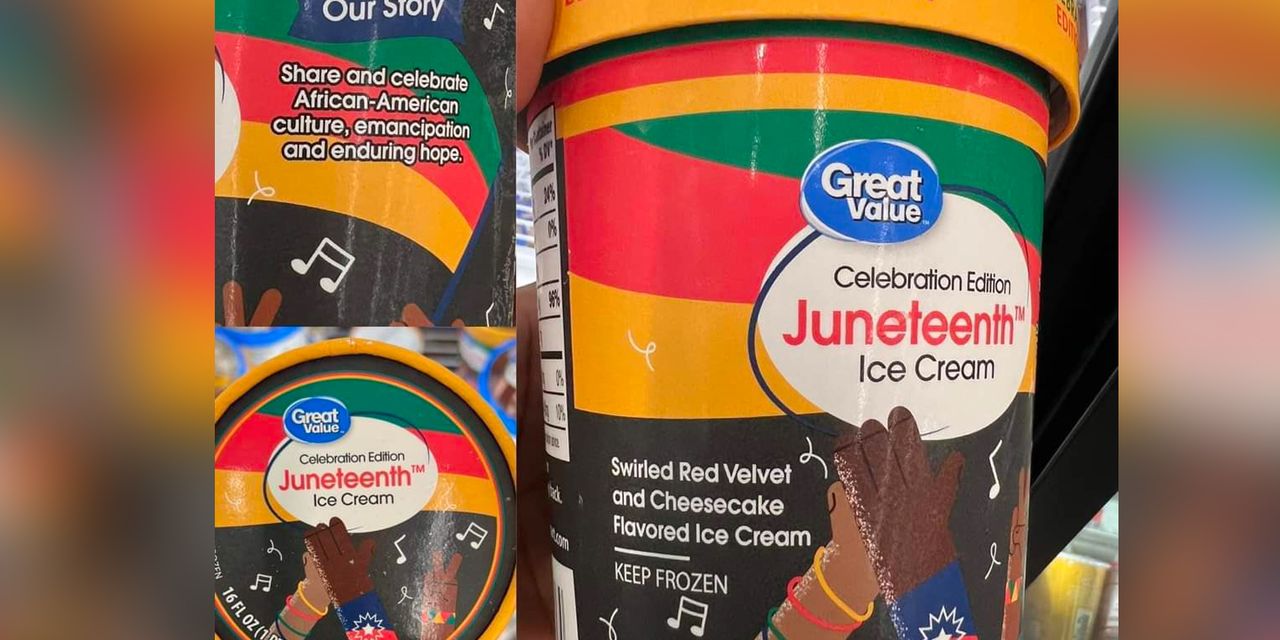 may be pulling a Juneteenth-themed ice cream from its shelves after facing considerable backlash.

The ice cream isn’t the only Juneteenth-themed item that Walmart is offering this year. Other products range from T-shirts to bottled water.

Juneteenth — June 19 — is the day that commemorates the end of slavery in the U.S. It became a federal holiday in 2021 and is slated to be observed this year on June 20, since June 19 falls on a Sunday.

The response on social media to the rollout of the ice cream, particularly from some Black people, showed that many thought Walmart was trivializing the holiday by essentially commercializing it.

Marketing diversity group Bridge sent an open letter to Walmart on Monday, likening the Juneteenth promotion to launching a product line to memorialize genocide. “It is a day of commemoration. A serious day. It is neither fun nor frivolous but rather a memory of a very dark and devastating period in American history,” wrote Bridge CEO Sheryl Daija. “Would you launch an ice cream called January 27? The day the world remembers the Holocaust. Or April 7, the day that memorializes the genocide in Rwanda. Of course not.”

Walmart didn’t immediately reply to a MarketWatch request for comment. But in a statement released to some media outlets, Walmart said that the “Juneteenth holiday marks a celebration of freedom and independence. However, we received feedback that a few items caused concern for some of our customers and we sincerely apologize. We are reviewing our assortment and will remove items as appropriate.”

Others also pointed to the fact that Creamalicious, a Black-owned ice cream brand, already has a red velvet-cheesecake offering. They suggested that Walmart was copying the flavor concept when the company could have opted to sell the Creamalicious ice cream instead.

MarketWatch also reached out to Creamalicious for comment, but didn’t receive an immediate response.