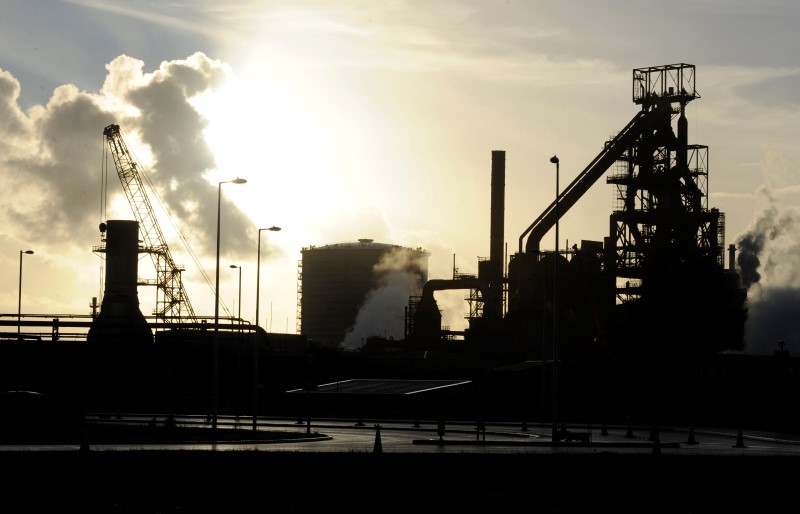 DAVOS, Switzerland (Reuters) – India’s Tata Steel is concerned New Delhi’s sudden decision to impose an export tax on some steel products could force it to review its production targets, if the levy remains in place for a long time, its CEO told Reuters on Tuesday.

India imposed an export tax of 15% on some steel products over the weekend, at a time steelmakers are looking to make up for tepid local demand by increasing market share in Europe, where the Ukraine conflict has hit supplies.

The taxes were part of a series of measures India has taken to rein in retail inflation, which has hit eight-year highs. But India’s top steelmakers body has warned the new duty will “adversely impact” mills that have been aiming to boost exports and widen global market share.

T. V. Narendran, chief executive of India’s biggest steelmaker by revenue, said that while Tata Steel understood the inflationary concerns, such measures can hit the steel industry over the longer term.

Tata Steel has plans to double its capacity from around 20 million tonnes per annum (mtpa) to 40 mtpa in India, but Narendran said it had baked in an assumption that 10-15% of that would be exported.

“If there is a long-term direction that exports of steel will be discouraged, then we’ll have to take a call – then you will only build as much capacity as you need for the domestic market,” Narendran told Reuters in an interview at the World Economic Forum in the Swiss Alpine resort of Davos.

“Whether we need to be at 40 million or 35 million, we will decide … In the medium-to-long term, India should encourage exports,” he added.

As part of industry delegations, Tata Steel will hold talks with the government to “find a common ground” which addresses New Delhi’s concerns as well as the industry’s, Narendran added.

Tata Steel also has operations in Europe, where it says it is one of the largest steel producers after buying Anglo-Dutch Corus Group for 6.2 billion pounds in 2007, but Narendran said India was its best performing business in terms of profitability.

“Our growth ambitions will be fulfilled best in India.”