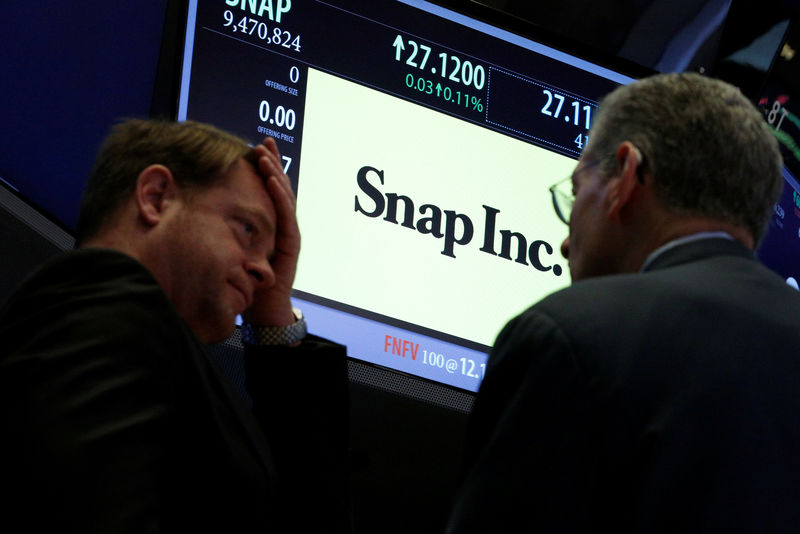 (Reuters) -Snap Inc said the economy had worsened faster than expected in the last month and the social media company slashed its quarterly forecast, triggering an after-hours sell-off.

Since late April, “the macroeconomic environment has deteriorated further and faster than anticipated. As a result, we believe it is likely that we will report revenue and adjusted EBITDA below the low end of our Q2 2022 guidance range,” the company said in a U.S. securities filing.

U.S. stocks had ended higher on Monday, led by gains from banks and tech, but the rise follows Wall Street’s longest streak of weekly declines since the dotcom bust more than 20 years ago and many investors remain on edge.

Snap Chief Executive Evan Spiegel told employees in a memo seen by Reuters that the company will slow hiring for this year and laid out a broad slate of problems.

“Like many companies, we continue to face rising inflation and interest rates, supply chain shortages and labor disruptions, platform policy changes, the impact of the war in Ukraine, and more,” he wrote.

Last month, Snap forecast second-quarter revenue growth of 20% to 25% over the previous year.

The news follows statements by companies including Uber Technologies (NYSE:UBER) Inc and Facebook-owner Meta Platforms Inc earlier this month that they would rein in costs and hiring.

In the memo, Spiegel said Snap would evaluate the rest of this year’s budget and “leaders have been asked to review spending to find additional cost savings.”

Some planned hiring will be pushed into next year, though the company still expects to hire more than 500 people by the end of this year, he said.