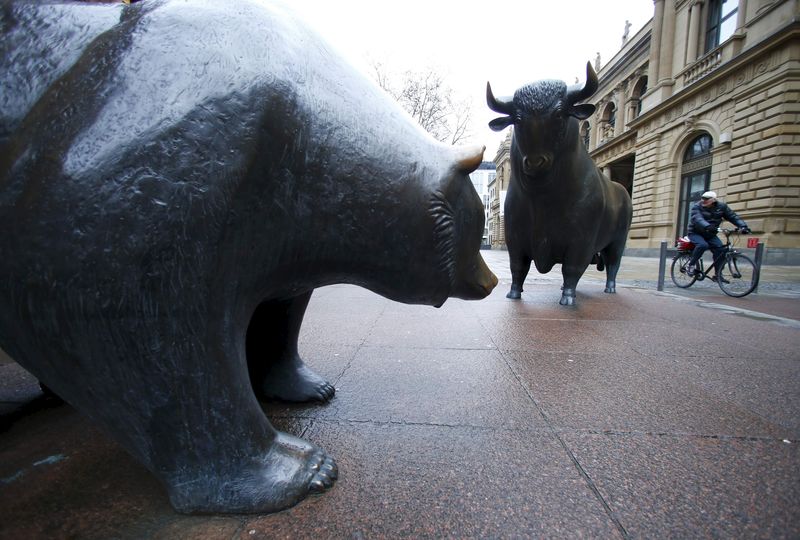 Investing.com — European stock markets were lower after early trading on Tuesday, as reminders of the risks to global growth from both China and the U.S. put a quick end to Monday’s relief rally.

Disappointing earnings numbers from Snapchat parent Snap (NYSE:SNAP), combined with disappointment at the modest nature of a Chinese fiscal stimulus package unveiled on Monday, to weigh on risk sentiment, leading to broad declines across the whole continent.

French underperformance had started with the release of a bigger-than-expected drop in Insee’s business confidence index in May and continued after its flash purchasing managers indices for manufacturing and services also both fell by more than expected.

By contrast, Germany’s composite PMI managed its first increase since the start of the war in Ukraine to 54.6, defying expectations for a drop to 54.0. However, that wasn’t enough to stop S&P Global estimating that activity in the Eurozone as a whole had probably slowed this month. The flash composite PMI for the region fell to 54.9 from 55.8 in March.

Those numbers still suggest the economy is clearly in expansionary territory, despite widespread fears of a growth slowdown due to high energy prices and supply chain problems aggravated by China’s Zero COVID policy. That policy was at the heart of the gloomy reassessment of China’s latest fiscal stimulus package overnight. Initial euphoria in Chinese markets at the announcement of a suite of measures, including big corporate tax rebates, soon gave way to the realization that stimulus will have little effect if the authorities are simultaneously doing their best to stop people moving and consuming.

The prospect of higher interest rates is also looming ever larger over European stocks after ECB President Christine Lagarde signaled on Monday that the bank would raise its deposit rate to at least zero (from -0.5% currently) by the end of September. Talking to Bloomberg on Tuesday, Lagarde also left the door open for a 50 basis point hike as early as July, although most analysts still think that is unlikely.

Among individual movers, Publicis (EPA:PUBP) fell 2.0% in the downdraft created by a weak update late on Monday from Snap. The social media company’s outlook had little comforting news for advertising groups. The news also hit tech and growth stocks disproportionately: online fashion chain Zalando (ETR:ZALG) and meal delivery group HelloFresh (ETR:HFGG) both fell around 5% to be at the bottom of the DAX performers. Just Eat Takeaway (AS:TKWY) fell 5.6% in Amsterdam.

In the U.K., Barclays (LON:BARC) stock bucked the negative trend, rising 2.3% after it confirmed its planned buyback will go ahead, now that it has ironed out the embarrassing problem of having issued too much debt in the form of structured notes.