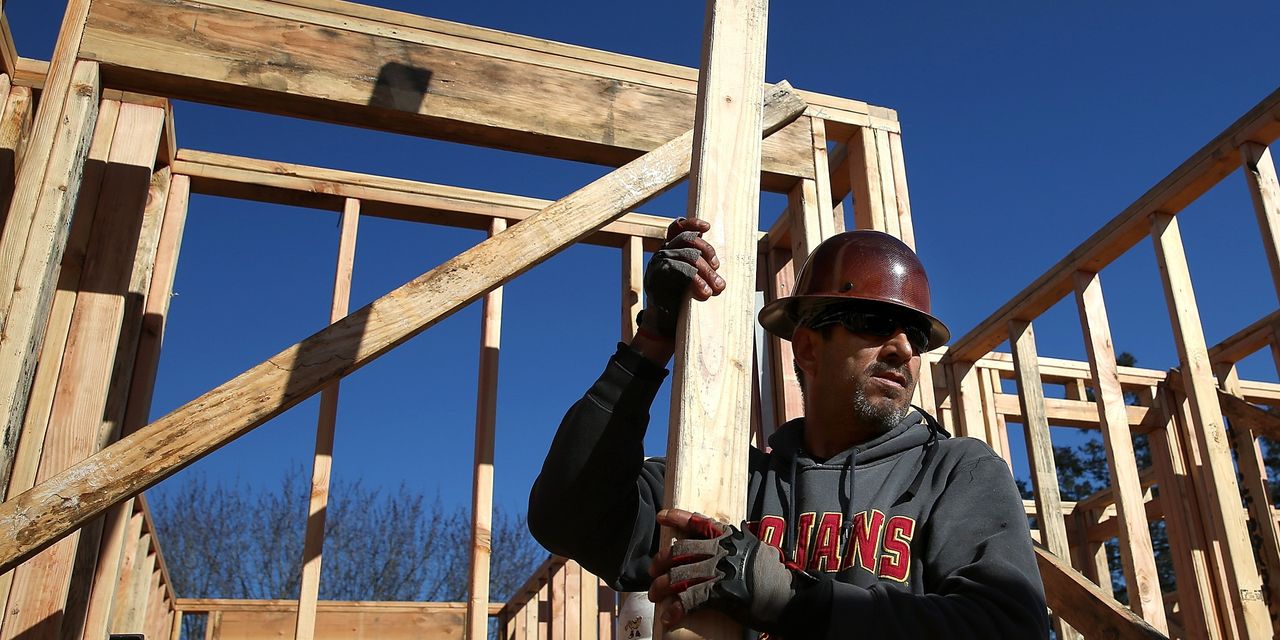 The numbers: Sales of new homes in the U.S. fell in April for the fourth month in a row to the lowest level since the pandemic owing to high prices and soaring mortgage rates.

New sales slowed to a 591,000 annual rate from 709,000 in the prior month, the government said Tuesday. That’s how many homes would change hands in a full year if the number of sales were the same in every month as they were in April.

Economists polled by The Wall Street Journal had forecast sales to take place at a 750,000 annual rate.

While sales fell far short of forecast, the report is sometimes quite volatile and subject to large revisions.

Still, the dropoff in sales dovetails with other industry reports on the housing and suggest that both high inflation and higher interest rates are dampening economic growth.

Big picture: The red-hot housing market was bound to cool off after mortgage rates jumped from just 2.75% in the fall for a 30-year fixed to more than 5.25% in mid-May. Low mortgage rates had made it easier for buyers to purchase a home despite record prices.

Builders, for their part, still aren’t producing enough homes to meet demand. High material costs, supply and labor shortages and lack of cheap lots are among the constraints holding back construction.

A slower housing market is also likely to weigh on the broader economy. When people buy homes, they also need to buy lots of stuff to furnish it.

Key details: Sales fell in all four major regions of the country, but the largest decline occurred in the South, where about half of all new homes are built. Sales sank 20% in the South.

The average home price was even higher at a record $570,300, underscoring that the majority of properties for sale are on the more upscale side.

The combination of high prices and a doubling of mortgage rates since last fall has made home ownership less affordable for a lot of would-be buyers.

The slowdown in sales, on the other hand, boosted the inventory of new homes on the market to a 14-year high of 44,000. The last time that many homes were for sale was in 2008.

But there’s still not enough homes for sale to sharply reverse the upsurge in prices over the past few years.