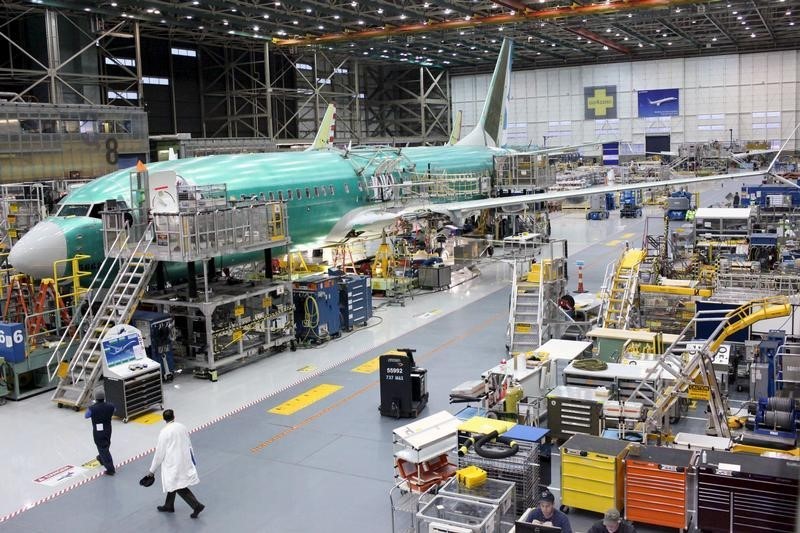 (Reuters) -Jet engine maker CFM International is facing industrial delays of six to eight weeks in the wake of supply-chain problems and some French labour unrest, but expects to claw most of this back by early in the fourth quarter, three people familiar with the matter said.

Co-owned by General Electric (NYSE:GE) Co and France’s Safran (EPA:SAF), CFM is the largest jet engine maker by units sold, and powers three out of four recently developed narrowbody jetliners including all Boeing (NYSE:BA) 737 MAX and about half of Airbus’ A320neo family.

Some Airbus customers have been warned deliveries of aircraft, already partially delayed by European factory congestion, could be pushed back further as a result of the CFM engine delays, said the people, who asked not to be named.

Two of the people said there had also been delays in sending engines to Boeing though there were no signs yet that this was affecting airplane deliveries. Boeing is building at a slower rate as it clears jets stored during a safety crisis.

“We are working diligently with our suppliers to mitigate supply-chain constraints, and we are closely coordinating with our air frame partners to accelerate delivery and meet customer demand,” a CFM spokesperson said in answer to a Reuters query.

An Airbus spokesman said it had nothing to add to recent supply-chain comments given with its quarterly results.

Airbus Chief Executive Guillaume Faury told analysts on May 4 that he saw “a lot of challenges” in the supply chain in the short term, but felt comfortable enough on the medium- to long-term outlook to press ahead with planned output increases.

Two of the people said the CFM delays were mainly linked to supplier bottlenecks, but had been aggravated by recent industrial action in France. A third source said the recent Safran labour dispute was not the decisive factor, however.

Aerospace workers at Safran, a major supplier of other equipment including interiors and landing gear as well as the French pillar of the transatlantic CFM venture with GE, have held slowdowns or lightning stoppages over pay in recent months.

The French group awarded staff a 3% increase late last year as the industry began emerging from the COVID-19 crisis but unions say this is not enough to counter a spike in inflation. Safran has on average agreed to add a further 1%, they add.

CFM is not alone in wrestling with fractured supply chains. Aerospace companies worldwide have been counting the cost of supply-chain shortages. At the first-quarter results stage, GE said it was navigating supply-chain pressures, while Safran said supply chains and inflation were “two major watch items.”

Boeing said on May 11 that 737 production had been slowed by shortages of a single type of wiring connector.

Raytheon Technologies (NYSE:RTX), whose Pratt & Whitney engines compete with CFM on the Airbus A320neo, said on April 26 it was facing supply-chain constraints across its business.