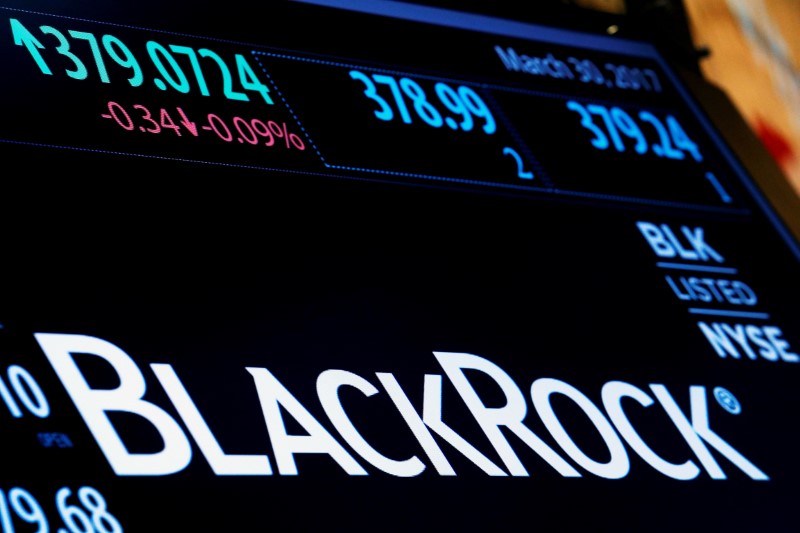 LONDON (Reuters) – BlackRock (NYSE:BLK) on Thursday projected that by 2030 at least three quarters of its investments in companies and governments will be tied to issuers with a scientific target to cut net greenhouse gas emissions to zero by 2050, up from 25% currently.

It was the first time BlackRock, the world’s biggest asset manager with $9.6 trillion in assets, has said how its portfolio could look in 2030 as far as emissions are concerned, but it remains an expectation rather than a firm target.

The forecast covers emissions tied to 77% of its total assets at the end of September 2021, some $9.5 trillion, but excludes those such as municipal bonds for which there is currently no reliable data.

Setting a 2030 goal is a central requirement for members of the Net Zero Asset Managers Initiative (NZAMI), a sector-wide group of money managers aiming to get to net-zero emissions across their assets. BlackRock joined the NZAMI in March 2021

In Thursday’s statement BlackRock avoided using the word “target”, though, reiterating instead that the pace of change would be determined by the scale of decarbonisation in the real economy and clients’ investment decisions.

“As the transition proceeds and issuers and asset owners continue to position themselves in front of it, we anticipate that by 2030, at least 75% of BlackRock corporate and sovereign assets managed on behalf of clients will be invested in issuers with science-based targets or equivalent,” the statement said.

However, Lara Cuvelier, sustainable investment manager at non-profit Reclaim Finance, said BlackRock needed to use its financial muscle to ensure companies make the cuts in emissions needed to ensure the world hits its climate goal.

“The world’s largest asset manager cannot get away with vaguely defined commitments. It must act with urgency, especially with respect to the fossil fuel expansionists in BlackRock’s portfolio that are leading us to climate catastrophe,” she said in a statement.

The bulk of BlackRock’s assets are in funds that track stock and other indexes, often containing high-emitting companies such as those in the oil and gas sector, although it is launching new climate-aligned products for clients that want to shift.

“BlackRock’s role in the transition is as a fiduciary to our clients. Our role is to help them navigate investment risks and opportunities, not to engineer a specific decarbonization outcome in the real economy,” it said.

Key to that change would be concerted policy action from governments as well as technological advances to help hard-to-abate sectors decarbonise, it added.

“These portfolios will reflect the regulatory and legislative choices governments make to balance the need for reliable and affordable energy, and orderly decarbonisation.”