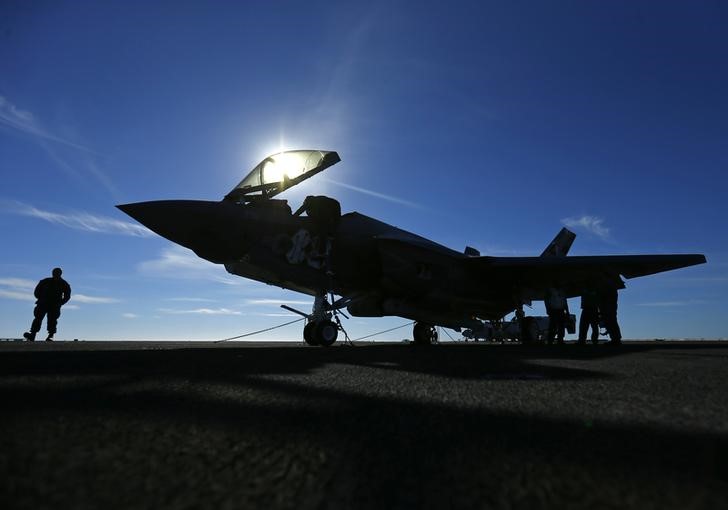 OTTAWA (Reuters) -Canada will announce on Monday that Lockheed Martin Corp (NYSE:LMT) is the preferred bidder to supply 88 new fighter jets, a clear sign the U.S. company is set to win the multibillion-dollar contract, said an industry source close to the file.

The move indicates Canada – under pressure to boost defense spending as the war in Ukraine rages – is closer to making a decision that has dragged out for more than a decade.

The federal government of Prime Minister Justin Trudeau will now only hold detailed talks with the U.S. company, said the source, who requested anonymity given the sensitivity of the situation. Ottawa says it hopes to award the contract this year and take delivery of the first jets in 2025.

Defense sources had long predicted good news for Lockheed Martin, given Canada belongs to the consortium that developed the company’s F-35 jet and the fact the plane is the military’s first choice. Ottawa says the contract could be worth up to C$19 billion ($15.10 billion).

If the negotiations for some reason fail, the government will turn to Sweden’s Saab, the other contender.

Canada though has a long history of using U.S. military equipment and, unlike Sweden, belongs to both NATO and NORAD, the North American defense organization.

Trudeau came to power in 2015 vowing not to buy the F-35 on the grounds it was too expensive but has shifted his position.

The obvious alternative would have been Boeing (NYSE:BA) Co but it fell out of favor after taking trade action against Canadian rival Bombardier (OTC:BDRBF) Inc and was excluded from the competition last December.

A spokesman for federal Procurement Minister Anita Anand, in overall charge of the process, declined to comment. Lockheed Martin said the F-35 was the best contender while Saab did not respond to a request for comment.

Canada has been trying unsuccessfully for more than a decade to replace its aging F-18 fighters. The former Conservative administration said in 2010 that it would buy 65 F-35 jets but later scrapped the decision, triggering years of delays and reviews.