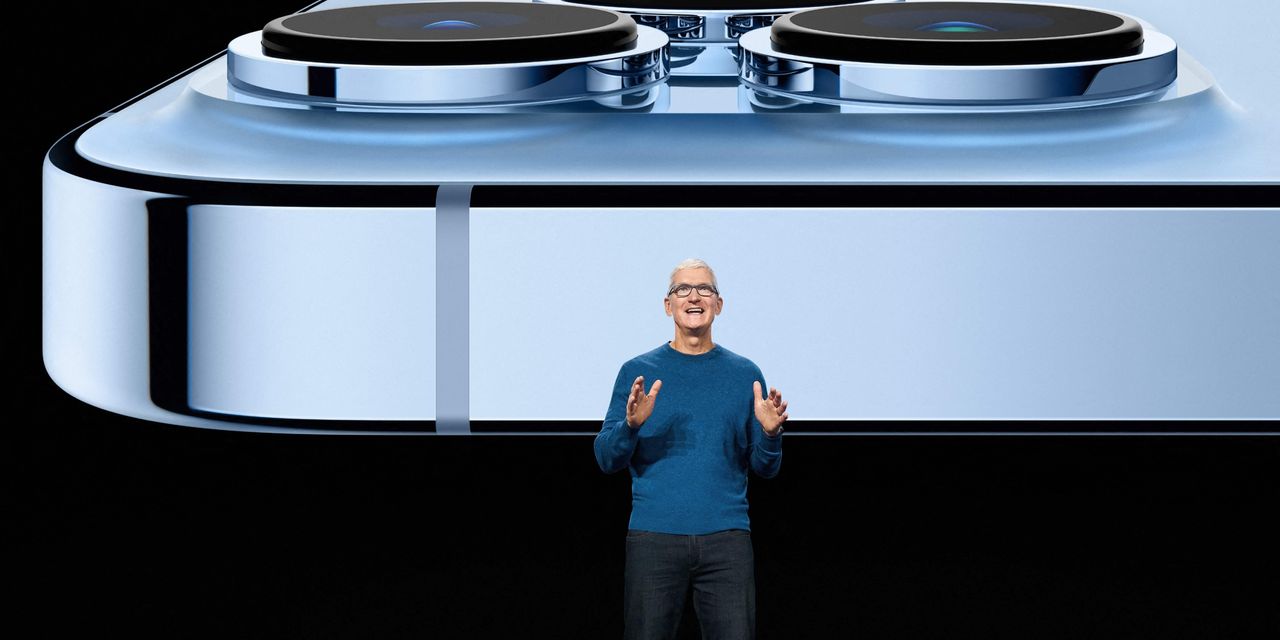 The vice prime minister of Ukraine said Friday on Twitter that he has asked Apple Inc. Chief Executive Tim Cook to stop doing business with Russia and its citizens, including by cutting off that country’s access to the App Store. Saturday, he tweeted and his office confirmed that he has asked other tech giants to do the same.

Mykhailo Fedorov, whose Twitter bio says he is also Ukraine’s minister of digital transformation, tweeted Friday from a verified account that he sent a letter imploring Cook to support Ukraine as it has been attacked by Russia, saying “in 2022, modern technology is perhaps the best answer to the tanks, multiple rocket launchers and missiles.”

Saturday, Fedorov’s office said in response to a MarketWatch request for comment that the letter is authentic: “We are not hacked. This is official position and messages we want to share.”

A Twitter spokeswoman said Saturday, though, that the company “has not restricted access or registration to our service.” She also said Twitter was aware that it is being restricted in Russia but is working to keep its service accessible. Fedorov’s office has not yet commented on Twitter’s denial of his claim.

In another tweet, Fedorov said: “Our goal is not to block the informational sources for Russians, but to engage youth, proactive and smart people.”

Meta, Alphabet and Netflix and have not returned requests for comment Saturday.

In the letter to Apple, which Fedorov attached to his tweet, he asked the CEO to “stop supplying Apple services and products to the Russian Federation, including blocking access to App Store!”

did not return a request for comment about Fedorov’s request Friday. Cook tweeted Thursday that he is “deeply concerned with the situation in Ukraine. We’re doing all we can for our teams there and will be supporting local humanitarian efforts.”

The Ukraine vice prime minister’s requests come as the U.S. announced sanctions against Russia over its invasion of Ukraine this week. President Joe Biden’s administration said Thursday those sanctions include cutting off “more than half of Russia’s high-tech imports,” such as semiconductors, telecommunications, encryption security, navigation technology and more. Fedorov’s tweet urged Cook to “support the package of U.S. government sanctions!”

According to the most recent data from Statista, Apple’s Russian subsidiary had sales worth 260 billion rubles in 2020, which is the equivalent of $3.1 billion. Apple’s jobs website lists open positions in Russia, with some listings posted as recently as last week.