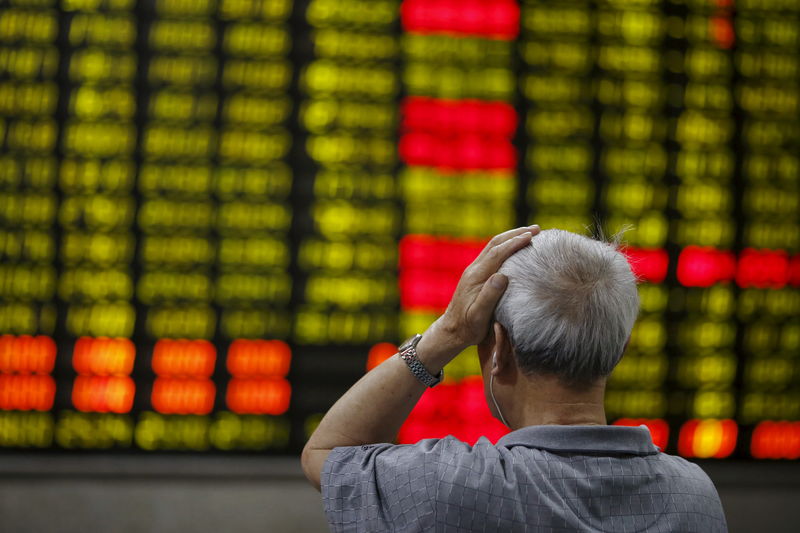 Investing.com – Asia Pacific stocks were mostly down on Monday morning alongside U.S. equity futures. Mounting concerns over the situation in Ukraine saw investors seek safe-haven assets such as bonds and gold.

China’s Shanghai Composite was down 0.36% while the Shenzhen Componentinched up 0.01%. Investors are bracing for fresh restrictive measures for the private sector as well as more default warnings from developers.

In the U.S., Nasdaq 100 contracts were down some 1% and markets are closed on Monday for a holiday. Although Cash Treasuries will not trade because of the U.S. holiday, U.S. Treasury futures rose alongside Australian and New Zealand bonds.

The threat of a Russian invasion of Ukraine continues to hover over Eastern Europe, with concerns about supplies of energy, grain, and some metals in the event of an armed confrontation. The U.S. is also warning that Russia could be targeting multiple cities in Ukraine besides the capital, Kyiv. However, Russia continues to refute that it is planning an invasion.

“Global data and central banks’ stance on tightening are all taking a backseat to Ukraine, with markets nervously awaiting the next headline,” Royal Bank of Canada head of Australian economic and fixed-income strategy Su-Lin Ong told Reuters.

“Thinner liquidity because of the U.S. holiday adds to the anxiety.”

Fed Governor Michelle Bowman will speak later in the day, while more Fed officials, including Loretta Mester and Raphael Bostic, will speak on Thursday.

On the data front, the U.S. Conference Board (CB) Consumer Confidence index is due on Tuesday. U.S. new home sales and GDP data is due on Thursday, followed by durable goods and PCE price index (PCE deflator) a day later.