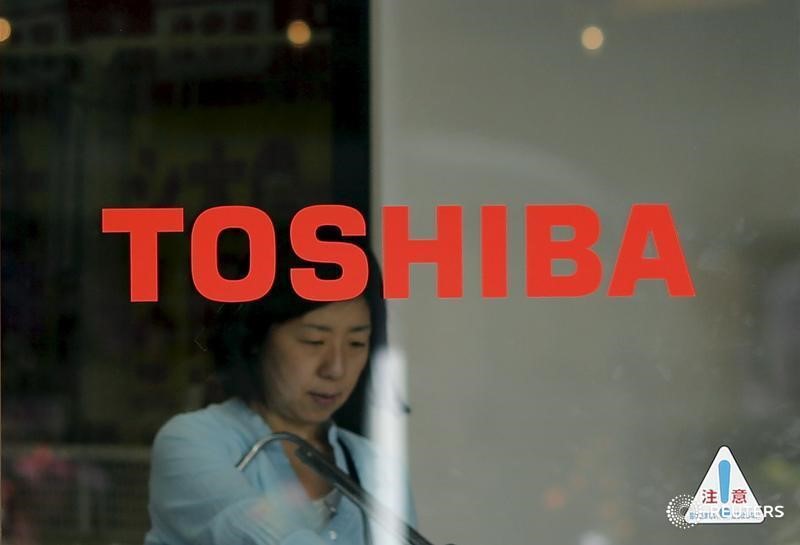 Investing.com – Toshiba stock (T:6502) closed 1.6% higher in Tokyo after dropping its previous plan to split into three and instead go for a two-way division to pacify foreign investors.

Under the revised plan, it will spin off its electronic devices and storage solutions by March 2024. The parent company will keep the energy systems and solutions business including digital battery operations as well as its stake in flash-memory company Kioxia Holdings.

It is also exiting non-core businesses. This includes selling its 55% stake in an air-conditioner venture to its partner Carrier for about $868 million. It also plans to divest its elevator and lighting businesses.

The previous plan called for the separation of the company into three units — one for infrastructure, a second comprising electronic devices and a third holding the Kioxia stake and other assets.

That plan ran into a lot of resistance, particularly from foreign investors who accumulated big stakes after the accounting scandal that hit the company in 2015.

Last month, shareholder, Singapore’s 3D Investment Partners, called the plan “the result of a flawed process” that failed to address the company’s underlying issues. It said Toshiba should only proceed with its separation plan if two-thirds of shareholders express support. It asked Toshiba’s strategic-review committee to consider alternatives, including selling the whole company to a private investor.

According to a January 18 letter by another investor, Farallon Capital Management, “the core issue afflicting Toshiba is the lack of trust between management and its shareholders, resulting in four years of prolonged conflict”.