Home
Market
United CEO says 3,000 positive for COVID but no deaths among the vaccinated
Prev Article Next Article 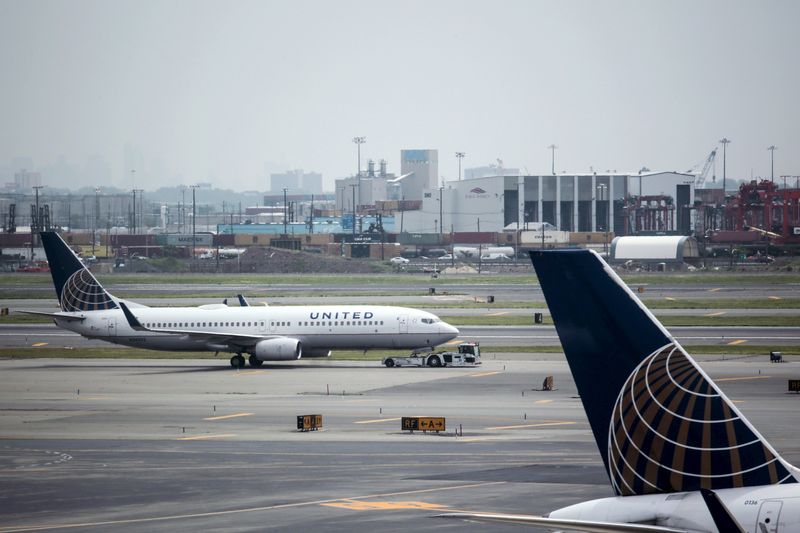 WASHINGTON (Reuters) -United Airlines Chief Executive Scott Kirby (NYSE:KEX) said on Tuesday that the company had about 3,000 employees who have tested positive for COVID-19 but its vaccinated employees had neither died nor recently been hospitalized with the disease.

Chicago-based United was the first U.S. carrier to mandate vaccines for its employees in order to facilitate travel and flight operations. Airlines have cancelled thousands of flights since late December, when the surge in Omicron cases and winter weather began impacting schedules.

Kirby said in a memo Tuesday that “since our vaccine policy went into effect, the hospitalization rate among our employees has been 100x lower than the general population in the U.S.”

Before United’s vaccination requirements were put in place, “tragically, more than one United employee on average *per week* was dying from COVID,” Kirby said. “But we’ve now gone eight straight weeks with zero COVID-related deaths among our vaccinated employees.”

United’s prior experience and nationwide COVID data suggests “there are approximately 8-10 United employees who are alive today because of our vaccine requirement,” said Kirby.

He said the airline was “reducing our near-term schedules to make sure we have the staffing and resources to take care of customers.”

“We did this for safety,” Kirby said at a U.S. Senate hearing. “We don’t compromise on safety.

Kirby said last month about 200 employees did not comply with United’s mandate and were fired out of its 67,000 employees. He added about 6 pilots were fired and 80 put on unpaid leave out of about 13,000.

Rival American Airlines (NASDAQ:AAL) said on Friday that more than 96% of its employees have submitted proof of COVID-19 vaccination or a request for an accommodation.