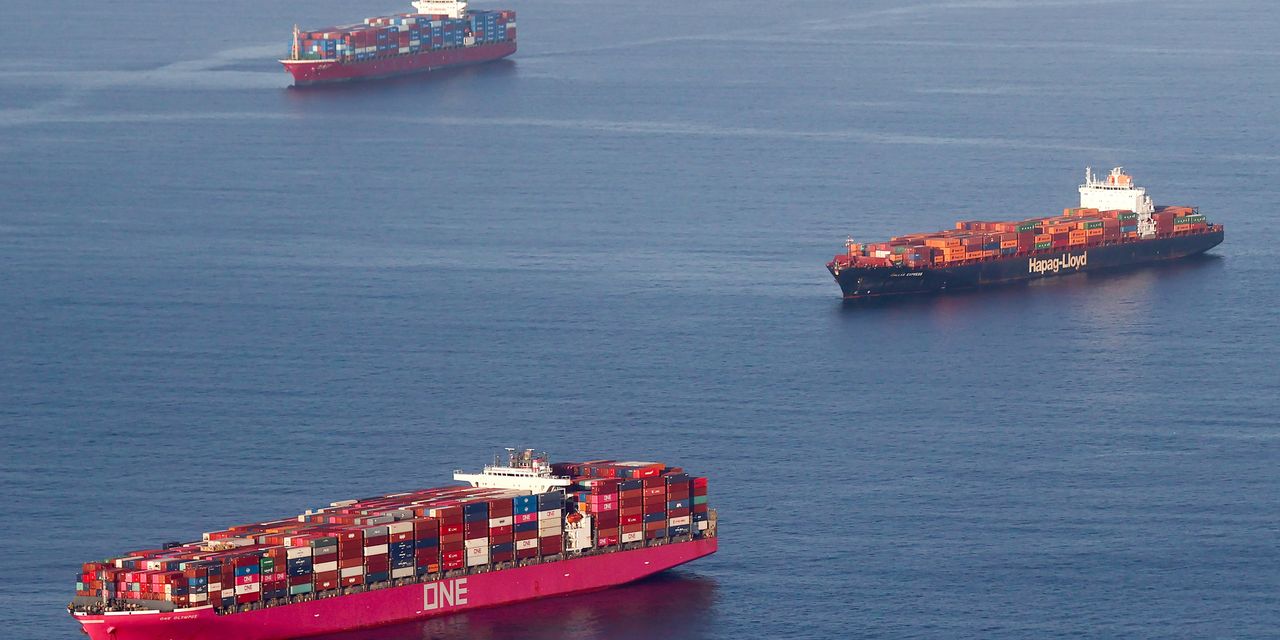 The numbers: The trade deficit in goods surged by 17.5% in November to set an all-time high, largely reflecting faster improvement in the U.S. economy compared to most other countries.

An early or advanced look at the trade gap in goods showed that it increased to $97.8 billion in November from $83.2 billion in October, the U.S. Census Bureau said. The U.S. is on track in 2021 to post its biggest annual shortfall on record.

An advanced estimate of wholesale inventories, meanwhile, revealed a 1.2% increase in November. And retail inventories jumped 2%, according to an early estimate.

Companies sought to stock up ahead of the crucial holiday shopping season, but manufacturing-production bottlenecks, congestion at U.S. ports and other transportations snafus have caused big fluctuations month to month.

What happened: U.S. imports of goods rose 4.7% to $252.4 billion in November. Imports of industrial supplies, autos, consumer goods and food all rose sharply.

Americans have snapped up huge quantities of imports since the U.S. economy fully reopened earlier this year. Federal stimulus money, rising wages and a fast-recovering economy have given consumers the financial means and confidence to spend.

Exports took longer than imports to return to precrisis levels because the economies of major U.S. trading partners haven’t recovered as rapidly.

The U.S. is poised to surpass a record set in 2006 and incur its biggest international trade deficit ever.

The trade deficit is likely to subside eventually as other economies rebound, but U.S. trade deficits have been high for years and are likely to remain that way. A higher deficit subtracts from gross domestic product, the official scorecard for the U.S. economy.

The full trade report for November, which includes services such as tourism and travel, comes out next Thursday.

Big picture: The U.S. economy is still growing steadily and has exceeded pre-pandemic levels despite the background noise of large trade deficits.

The bigger problem for the economy are bottlenecks that are preventing imports and exports from getting to their intended destinations on time. That’s helped spawn the biggest increase in U.S. inflation in almost 40 years and could hurt the economy in 2022 if the supply constraints don’t clear up.

Omicron might also shave off some growth at the end of the fourth quarter and start of 2022.

What they are saying? “Looking ahead, we expect the trade deficit to remain historically elevated until pandemic worries ease,” said lead U.S. economist Nancy Vanden Houten at Oxford Economics.

were little changed in Wednesday trades. Trading was light before the New Year’s holiday.