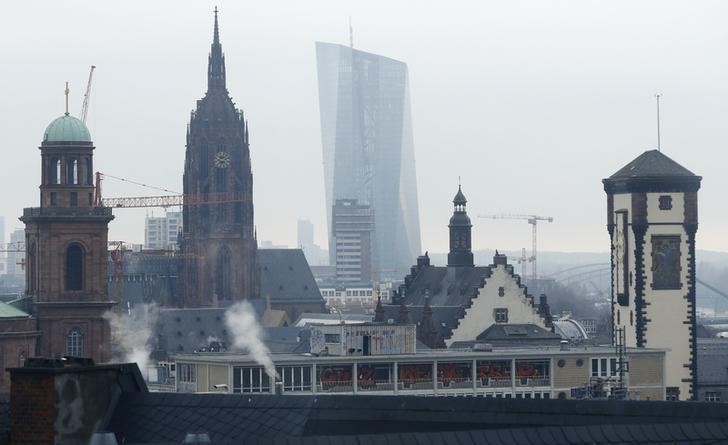 Gig economy stocks were in the ascendant after new EU rules on worker classification stopped short of forcing companies to treat contractors as employees, with all the additional costs that that would bring. Instead, companies will only have to prove that contractors are indeed just that. Just Eat Takeaway (AS:TKWY) stock rose 6.9% while Delivery Hero (DE:DHER) stock rose 4.3%.

This positive tone has also been helped by the decision of the People’s Bank of China to cut the reserve requirement ratio by 50 basis points, reducing the amount of cash that banks must hold in reserve.

This move, the second this year, is aimed at loosening liquidity conditions as China Evergrande and other big property developers face debt default risks.

Global equities bounced on Monday on receding worries about the impact of the Omicron variant after health officials from both South Africa, where the variant was first discovered, and the U.S. reported over the weekend that Omicron cases had only shown mild symptoms.

In corporate news, ABB (SIX:ABBN) stock rose 1.5% after the Swiss engineering company unveiled higher sales and profitability targets on Tuesday, and BMW (DE:BMWG) stock rose 1.4% after the German carmaker said it has sold its one millionth electric vehicle and plans to reach two million total EV sales by 2025. Stellantis (PA:STLA) stock rose 2.1% after the owner of Peugeot (OTC:PUGOY), Fiat and Chrysler set out targets to generate 20 billion euros from software-related subscriptions by the end of the decade.

Ashtead (LON:AHT) stock rose 2.6% after the U.K.-based equipment rental company raised its guidance and dividend, while the likes of Rio Tinto (DE:RIO) and BHP Group (LON:BHPB) rose over 2.5% following a big jump in iron ore prices in China due to speculation that the government will lift steel production curbs.

Turning to economic data, the main release will be the German ZEW economic sentiment index for December, which is expected to show falling confidence in the Eurozone’s most important economy after mobility restrictions were reintroduced to combat the latest Covid surge.

Crude prices rose Tuesday, adding to the previous session’s strong gains as worries over the impact of the omicron Covid variant on global demand eased.