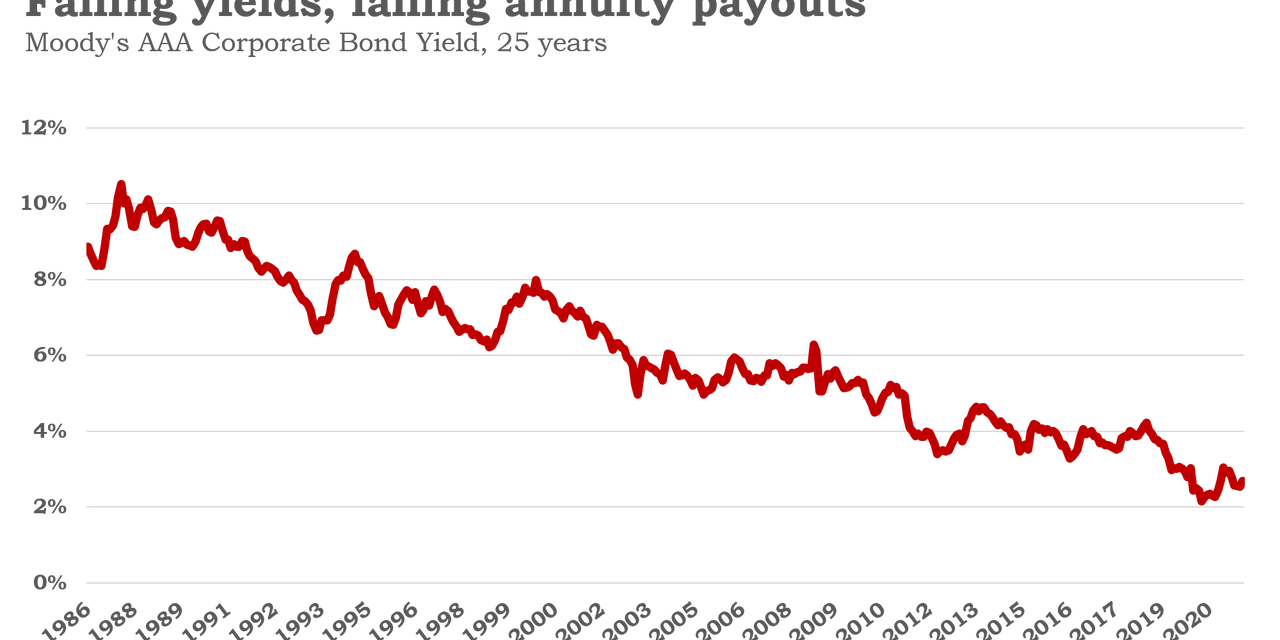 If your company’s 401(k) or 403(b) plan is managed by Fidelity Investments, your employer may soon start offering you the option of buying a lifetime annuity when you retire.

Fidelity, America’s biggest retirement plan provider, on Thursday announced the launch of Guaranteed Income Direct, a product that will allow employers to offer employees multiple annuity options from within the plan.

This is part of a growing trend, following the passage of the 2019 SECURE Act, which made it legally safer for employers to offer annuities.

“Shifting from saving for retirement to living in retirement is one of the biggest transitions a person will make in their lifetime, and one of the top challenges facing individuals during this transition is how to ensure that they have enough predictable income to cover their essential expenses,” said Keri Dogan, a senior vice president in Fidelity’s Retirement Solutions division, in a statement.

This news is both less and more than meets the eye. Investors already have the option of rolling over some or all of their 401(k) or 403(b) balance into an annuity when they retire. But making the annuities part of the plan may increase take up. Including annuities within plans also makes them look more like traditional pensions. Back in the day, before the rise of these “defined contribution” plans like 401(k), 403(b) and 457s, workers paid into a pension while they were employed and then received a fixed income for life when they retired.

Annuities, in theory at least, are an excellent product for retirees. They let you convert a lump sum of money into a guaranteed income for life. They are offered by insurers, and the main benefit is that you insure against the risk that you will outlast your money, so called “longevity risk.” The person who buys an annuity and then dies quickly subsidizes the person who lives until they are 110; just as, for example, with fire insurance, the person who pays premiums and whose house doesn’t burn down ends up subsidizing the person whose house does.

The biggest difference, of course, is that with annuities the person who is unlucky ends up subsidizing the person who is lucky, not the other way around. But at least you avoid the risk of outliving your money.

Economists have long puzzled over why more people don’t buy annuities, at least with part of their retirement savings, when they retire. One reason, they’ve found, is that many people are reluctant to give up a lump sum in exchange for a stream of money. For some reason a stream of money seems less valuable. Another may be that they don’t want to take a bet where the losers in the game of longevity subsidize the winners. Another may be a desire to leave money for their children and grandchildren.

But there is also the unpleasant reality of collapsing payouts.

Annuity payouts are based on the interest rate on corporate bonds, because that’s where the insurance company invests the premiums. And the collapse in bond interest rates, or yields, in recent decades has made annuities seem less appealing than they once did. According to Annuity Shopper, the industry bible, a 65-year-old buying a lifetime immediate annuity today will get half the monthly income that they would have gotten 30 years ago.

The risk is always that you’ll plunge your money into an annuity today only to get hosed over the next 20 years as inflation goes through the roof.

There is no perfect solution, though being cautious about annuities doesn’t have to mean shunning them altogether. The main inflation-protected annuity on offer today is Social Security.

Maybe if the government ever gets round to fixing Social Security, it might consider helping retirees by offering inflation-adjusted annuities directly. In other words, in certain circumstances I might want to invest more into Social Security when I retire in return for higher benefits.