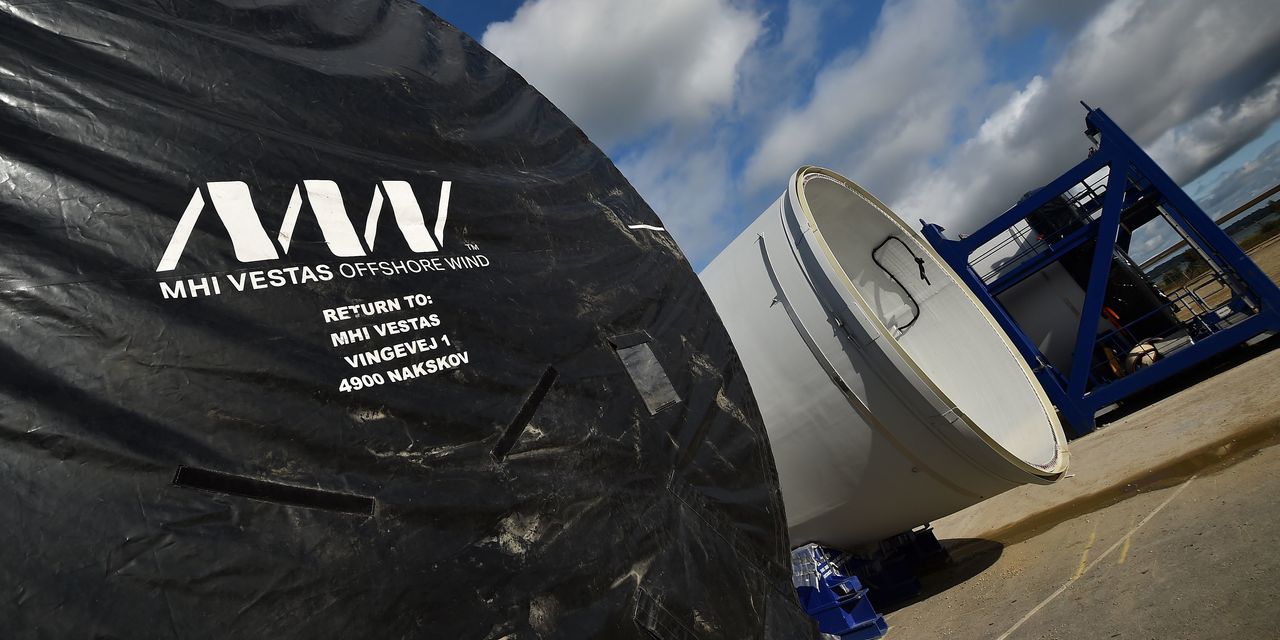 European stocks inched toward a fresh record on Wednesday as investors waited for the outcome of a Federal Reserve meeting. Shares of Deutsche Lufthansa climbed on earnings cheer, while Vestas Wind Systems slid on its results.

Central banks were in focus, with a Fed decision due after Europe’s market close, and many observers expecting the central bank to announce the start of a taper. Elsewhere, in a speech on Wednesday, European Central Bank President Christine Lagarde said it was “very unlikely” conditions would be met by next year to allow for an interest-rate hike.

Meanwhile, the Bank of England will follow the Fed’s meeting wrap with its own decision on Thursday, with investors widely expecting an interest-rate hike to be announced.

was getting pummeled after the company cut full-year margin guidances. Like many companies, it has been struggling with rising transport and raw-materials costs and shortages. Vestas also announced that Chief Financial Officer Marika Fredriksson is stepping down.

The biggest decliner in Europe, Vestas shares tumbled 14%, though Citi analysts stressed it was important to look past the current problems.

“We remain very positive on the top line outlook and Vestas has confirmed it expects the onshore market to continue to grow modestly over the next 2-3 years before accelerating, in-line with or positive market view,” said a team of Citi analysts led by Martin Wilkie, in a note to clients.

But Vestas warning had a punishing effect on the sector, with shares of Siemens Gamesa Renewable Energy
SGRE,

down 9% and EDP Renovaveis off
EDPR,

reported a drop in net profit and revenue in the first nine months of the year, amid lower average selling prices and lack of wind resources.

Europe faces a tough winter as it struggles to keep gas supplies flowing and battle higher prices, with Asia also competing for the commodity. Shortages have led to surging energy and electricity prices for Europe and the U.K., as the regions wait for more gas supplies from Russia. U.K.
GWM00,

and European benchmark natural gas futures prices were up 10% each on Wednesday.

Major energy companies were also under pressure on Wednesday, as U.S.
CL00,

On the upside, shares of Deutsche Lufthansa
LHA,

climbed 5% after the German airline posted a much smaller third-quarter net loss and swung to positive adjusted earnings before interest and taxes for the first time since the beginning of the pandemic as bookings rose.

surged 10% after the company confirmed its preliminary third quarter results. The maker of remote access and remote control computer software said it is not satisfied with its results, and reconfigure some of its growth initiatives and cost structure.