Home
Stocks
MarketWatch First Take: Apple and Amazon are struggling, so investors may want to look to these tech stocks instead
Prev Article Next Article
This post was originally published on this site 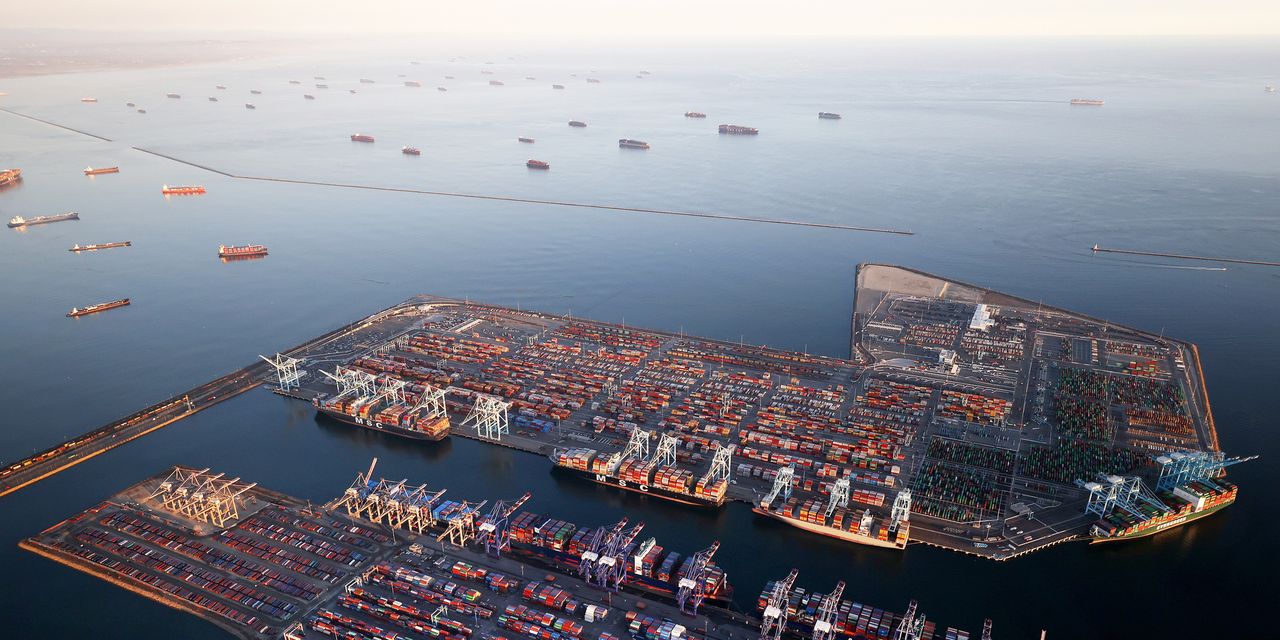 Both Apple Inc. and Amazon.com Inc. had rare earnings disappointments on Thursday, which may lead investors to look in another direction for big holiday returns.

This column warned that the two tech giants could stumble this quarter, as the supply-chain issues that had been affecting other industries took a bite out of both Apple
AAPL,

and Amazon
AMZN,
.
It appears those issues will continue into the normally huge holiday quarter for the consumer-focused companies, while a natural rival of both — Microsoft Corp.
MSFT,

Read: The Tech earnings boom is fizzling out, as Apple and Amazon face the same issues as everyone else.

Apple reported a rare revenue miss — its first since the December quarter of 2018 — with revenue of $83.4 billion coming in $1.7 billion below analysts’ estimates of $85.1 billion for its fiscal fourth quarter. Since the pandemic, Apple no longer gives revenue guidance, but the bulk of the revenue shortfall came from iPhone sales, which came in $2.1 billion below analysts expectations. Sales of Macs and iPads, however, exceeded estimates.

Apple’s Chief Financial Officer Luca Maestri told analysts that the ongoing supply constraints hurt its revenue by around $6 billion, and that the impact will be larger in the December quarter. The products most effected were the iPhone, the iPad and the Mac, and the constraints were caused by both semiconductor shortages and manufacturing disruptions because of the COVID-19 pandemic.

Amazon reported an even sharper-than-expected drop in earnings, with a huge surge in expenses, as it tried to shore up staff and dealt with unprecedented supply-chain issues. Amazon’s costs to fulfill and ship orders increased to $18.5 billion from $14.71 billion. Amazon reported third-quarter earnings per share of $6.12, a drop of nearly 50% from the year-ago and below analysts’ average expectations of $8.90 a share.

These higher fulfillment and employee costs, like Apple’s supply-chain constraints, will continue in the fourth quarter, usually the biggest for consumer-related tech companies. Amazon CEO Andy Jassy said in a statement that Amazon expects to incur “several billion dollars of additional costs” in its consumer business, as it deals with “labor supply shortages, increased wage costs, global supply-chain issues, and increased freight and shipping costs.”

The shares of both tech mega stars — which both trade over $1 trillion in market cap — tumbled in after-hours trading, with Apple falling 3.65% while Amazon lost 3.89%.

While neither company is seeing any loss of demand — in fact the opposite is occurring because they cannot keep up with demand amid the global shipping and product constraints — the news was a downer for investors counting on them to finish the year strongly. As consumer-focused companies could have a harder time meeting all the demand in the upcoming holiday season, corporate-focused tech giants — such as Microsoft — could be a safer play for now.

Earlier this week, Microsoft topped $20 billion in net income for the first time, with PC revenue beating expectations and the company’s fast-growing cloud business still its biggest driver. The company’s shares were up slightly in after-hours trading Thursday and were on the way to potentially surpassing Apple in market value in regular trading hours on Friday.

Microsoft is not the only software name trending higher heading into the holidays. Atlassian
TEAM,
,
the maker of team collaboration software, saw its shares soar 9% on Thursday after blowing past Wall Street’s estimates and seeing revenue for its its cloud-based products soar 50%. On Wednesday, cloud-based software provider ServiceNow Inc.
NOW,

beat estimates, and one analyst on Wall Street raised its price target; its shares climbed 3.45% on Thursday.

Investors looking to stock up on tech stocks for the holidays might want to move away from the traditional players — like Apple and Amazon — and look at enterprise software developers and other cloud-computing players. They may be a bit more boring, but they are poised for more growth in the coming fourth quarter, and could be better stocking-stuffers than the more consumer-focused giants.