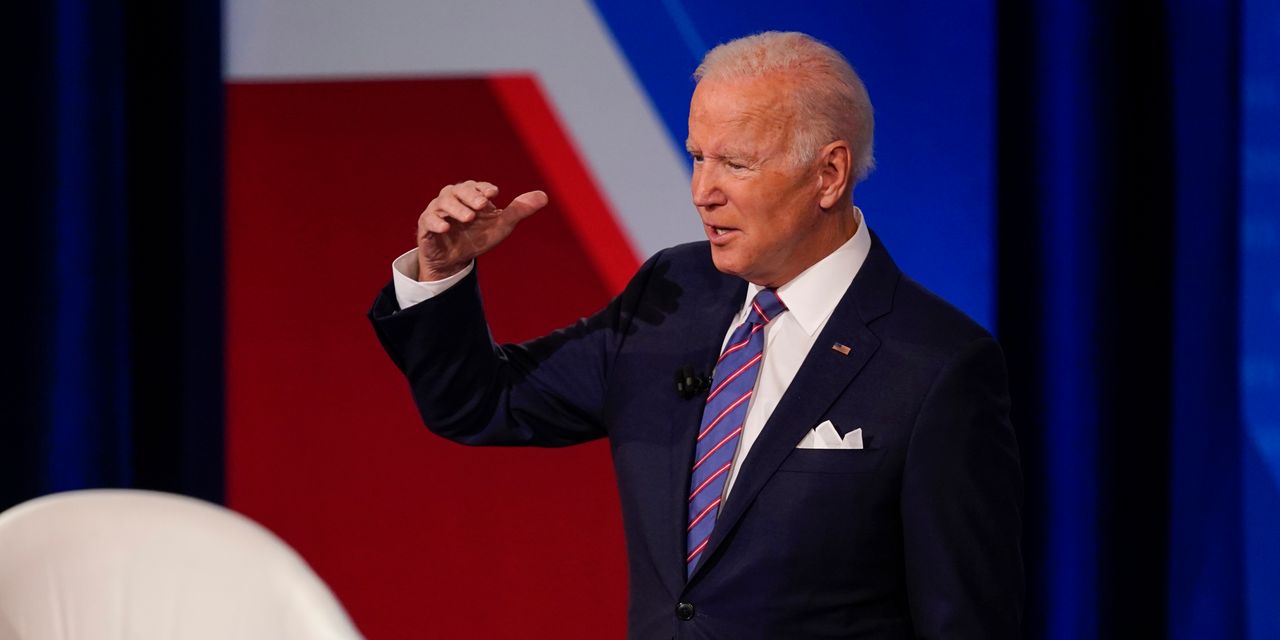 President Joe Biden said he’s open to altering or eliminating the filibuster in order to protect voting rights — and perhaps more — and would consider calling in the National Guard to help unclog the nation’s supply chain in a wide-ranging town hall on CNN on Thursday night.

While his support for a filibuster change is centered around passing a voting-rights bill, Biden hinted he’d be open to even more.

CNN’s Anderson Cooper asked:  “When it comes to voting rights, just so I’m clear though, you would entertain the notion of doing away with the filibuster on that one issue, is that correct?”

Biden said he supports a “standing filibuster” — where senators must speak continuously in order to delay a vote, made famous in the 1939 Jimmy Stewart movie “Mr. Smith Goes to Washington.” As recently as this summer, Biden had expressed opposition to ending the filibuster.

He said he has held off on pushing filibuster changes in order to get his economic agenda passed: “If in fact I get myself into at this moment a debate on the filibuster, I lose at least three votes right now to get what I have to get done on the economic side of the equation.”

Biden touched on a number of other major issues Thursday night:

Supply chain: “Yes, absolutely. Positively. I would do that,” Biden said when asked if he would consider using the National Guard to address the shortage of truckers to move goods from the nation’s ports.  “I want to get the ports up and running,” Biden said. Last week, Biden announced the Port of Los Angeles — the nation’s largest — would operate 24/7 to move more goods and ease supply-chain problems.

Taiwan: The president confirmed the U.S. would act militarily to protect Taiwan if China attacked it. “Yes, we have a commitment to do that,” Biden said. “China knows the U.S. has the most powerful military in the world.”

Jan. 6 subpoenas: Biden said he misspoke earlier, and that it was not appropriate for him to say that those who defy subpoenas by the House Jan. 6 committee should be prosecuted. “The way I said it was not appropriate,” he said. “I should have chosen my words more wisely,” adding that he will not tell the Justice Department what to do. Last week, Biden said: “I hope that the committee goes after them and holds them accountable criminally,” in reference to people such as Steve Bannon, who the House voted to hold in contempt earlier Thursday.

Expanding Medicare: Biden said expanding Medicare to include hearing, dental and vision benefits would be “a reach,” citing opposition from moderate Democratic Sens. Joe Manchin of West Virginia and Kyrsten Sinema of Arizona. “I think it’s a good idea and it’s not that costly in relative terms,” he said. “But here’s the thing — Mr. Manchin is opposed to that as is, I think, Sen. Sinema.”

Bipartisanship: The president said that despite unified Republican opposition to much of his agenda, he still believes in the possibility of cooperation. “Bipartisanship and compromise still has to be possible,” he said. He also praised Manchin and Sinema — arguably the Democrats’ biggest roadblocks — calling the Arizona senator “smart as the devil” and saying Manchin is “not a bad guy. He’s a friend.”