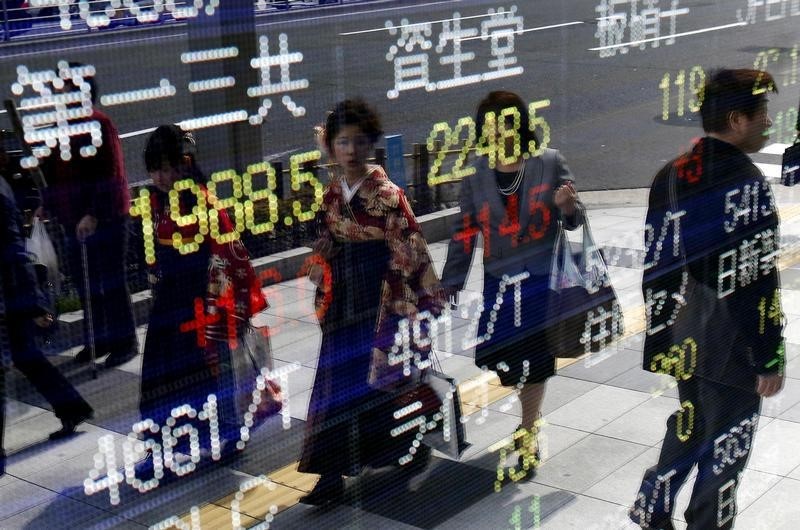 China’s Shanghai Composite was up 0.81% by 9:49 PM ET (1:49 AM GMT) while the Shenzhen Component Component was steady at 14,309.01. The Caixin services purchasing managers index for September, released earlier in the day, was 53.4.

Investors kept an eye on Chinese markets, which re-opened after a holiday as the focus shifted back to the country’s embattled property sector. People’s Bank of China Governor Yi Gang said that regulators will continue to curb monopolistic behavior among internet platforms, as well as strengthen consumer and data protection.

Meanwhile, the U.S. Senate on Thursday voted to temporarily increase the debt ceiling, aiding sentiment by breaking a prolonged stalemate. The latest U.S. job report, including non-farm payrolls, will be released later in the day and could firm expectations that the Federal Reserve will soon begin asset tapering.

Global shares are set to wrap up the week with its best week since early September as the Senate’s decision averts an immediate U.S. default, but the debate about the debt ceiling is not over yet. Inflation, fueled by rising commodity prices, the Fed’s imminent asset tapering, and the Chinese property sector slowdown remain as risks for the economic recovery from COVID-19.

“As soon as you start thinking about asset tapering it’s really hard to not then think about what that means for the Fed funds rate and when that might start to increase,” Commonwealth Bank of Australia (OTC:CMWAY) currency strategist and international economist Kim Mundy told Bloomberg.

“We do see scope that markets can start to price in a more aggressive Fed funds rate hike cycle.”

In other central bank news, the Reserve Bank of India will hand down its policy decision later in the day.