Home
Stocks
Europe Markets: German stocks climb and bunds edge up after election
Prev Article Next Article
This post was originally published on this site 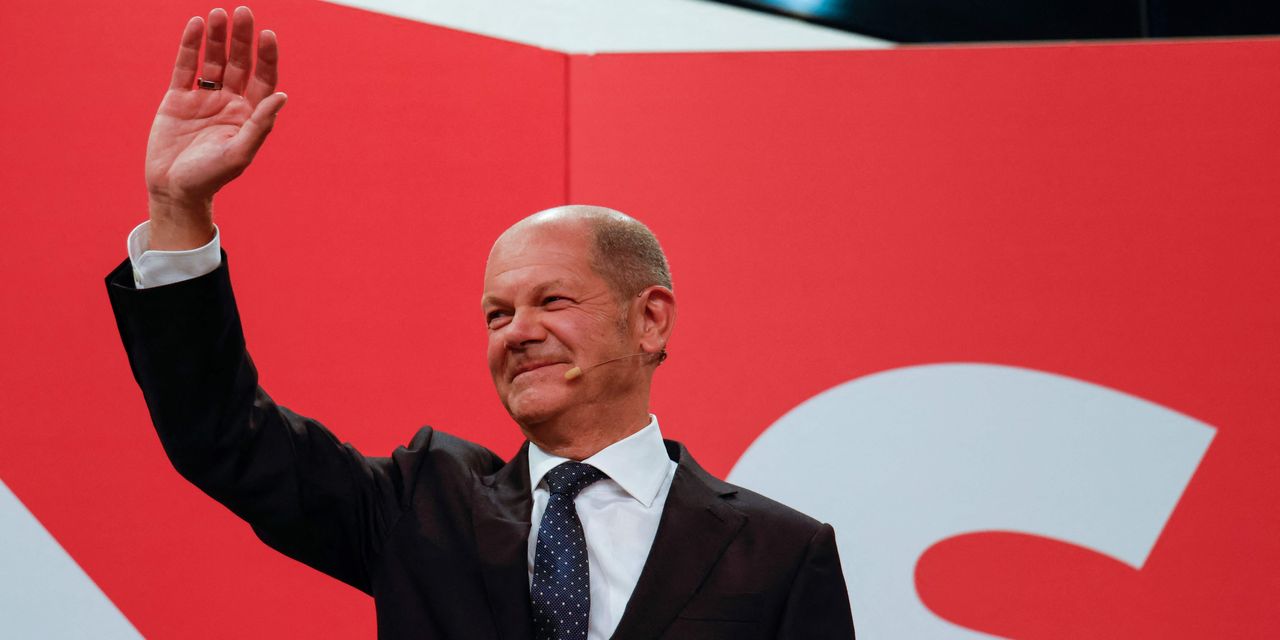 German stocks rose while bonds edged up after Social Democrats captured the biggest share of the vote in a close contest, beating the center-right bloc led by outgoing Chancellor Angela Merkel.

The result is likely to result in the SPD party led by Olaf Scholz heading a government, though the alliance led by Armin Laschet also could lead the government. A so-called traffic light coalition, with the SPD, the Greens and the pro-business Free Democrats, is seen as the most probable outcome.

“The conservative CDU/CSU and the social-democrat SPD have come out almost neck and neck in Germany’s federal election, meaning either one has the potential to lead a likely moderate coalition government. The left-wing Die Linke party’s poor election showing appears to have ruled out a left-wing alliance, and its likely negative impact on German stocks,” said analysts from the BlackRock Investment Institute.

fell slightly, to -0.23%, while the German DAX joined other regional benchmarks with advances. The DAX
DAX,