Home
Stocks
The Ratings Game: Gap is going beyond hoodies and jeans, taking aim at the $326 billion markets for home, sleep and underwear
Prev Article Next Article
This post was originally published on this site 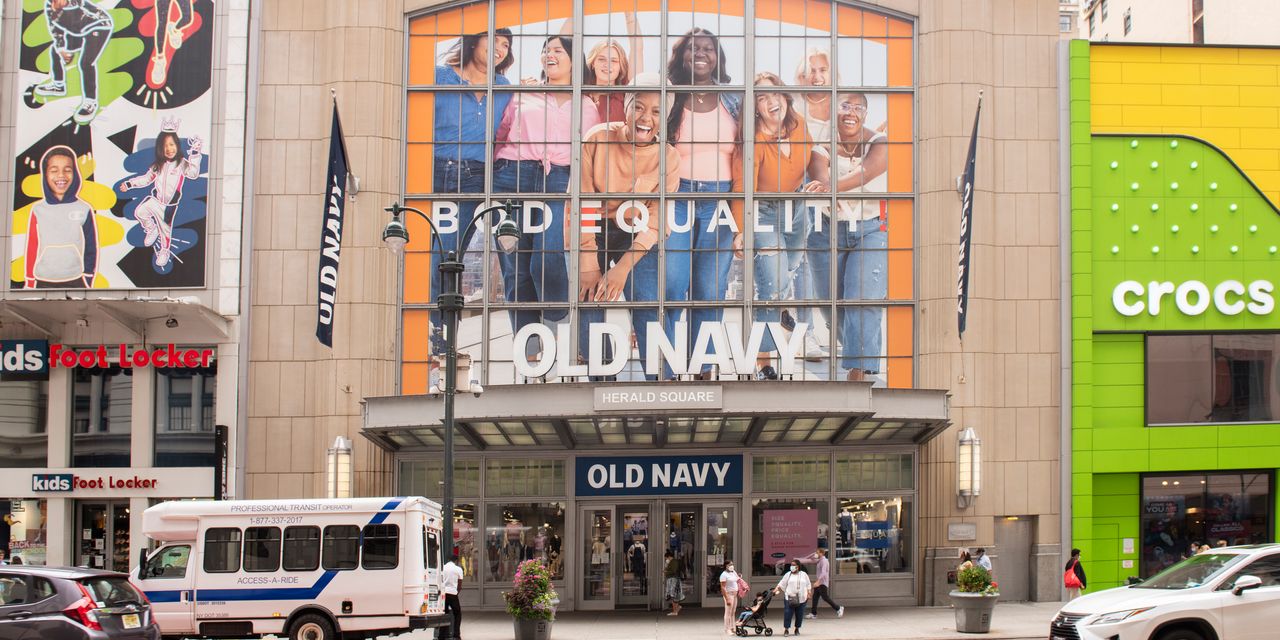 After a blow out second quarter, Gap Inc. is thinking about more than just hoodies and jeans going forward.

“As we study important trends in the market, like wellness and the homebody economy, we see a sizable future opportunity to compete in new categories,” said Sonia Syngal, chief executive of Gap
GPS,
,
on the late Thursday earnings call, according to FactSet.

“This shows up in product extensions like inclusive sizing […] as well as home, intimates and sleep, which comprise a combined $326 billion in addressable markets.”

Net sales for the Gap Inc. were $4.2 billion, the highest second-quarter sales in more than a decade.

Sales at Old Navy, which is part of a Gap Inc.
GPS,

portfolio that also includes Athleta and Banana Republic, grew 21% over 2019, and comparable sales were up 18% from that year.

See: Victoria’s Secret shows how reluctance to embrace the plus-size market can hurt an apparel business

“The average woman in the U.S. wears a size 16 to 18, so with very few competitors in the plus-size space, Old Navy is positioned to take a significant share of the $120 billion women’s market,” Syngal said.

Back in May, Gap announced a partnership with licensing company IMG for a collection of home products that includes bedding and bath items. That merchandise was scheduled to begin selling at Walmart Inc.
WMT,

And Gap Home is part of the company’s plan to grow through collaborations, like the one with Kanye West (or Ye as he will soon be known) that has produced the Yeezy Round Jacket.

Syngal says 75% of the customers who have preordered the puffy zipper-less item are new to the Gap brand.

“Concerns were overblown, business not only strong, it’s accelerating,” wrote Wells Fargo in a note that also applauded the “general tone of the call.”

“While the headline total sales growth rate of 5% vs. 2019 is far from industry-leading, it masks the underlying growth across divisions in light of significant store closures, the closing of Intermix/Janie & Jack, and recent actions taken in Europe. We see many potential catalysts on the horizon, including investments in marketing, technology, loyalty program and brand-specific initiatives such as inclusive sizing,” wrote MKM Partners’ Roxanne Meyer in a note.

However, MKM has some concerns as well.

“While some progress was made at Gap, we remain less confident in the strategy
to improve its relevance through partnerships,” she said.

“[I]ndustry tailwinds are lifting all boats, and we are less convinced of the staying power into next year at Gap and Banana Republic while the company will anniversary outsized gains at Athleta and Old Navy.”

JPMorgan analysts expect Gap to benefit from things like the JCPenney bankruptcy and store closures, Athleta’s positioning in the athletic apparel space and Old Navy’s market share gains in categories like dresses and denim.

“While top-line weakness at core Gap and Banana Republic have pressured the P/L historically, we see management’s FY23 ‘Power Plan’ to rationalize the store fleet and deliver expense savings as a net neutral EBIT margin impact with potential upside to our model ahead on Gap (YZY Gap) and Banana Republic (return to work),” analysts said.

JPMorgan rates Gap stock at overweight with a $39 price target.