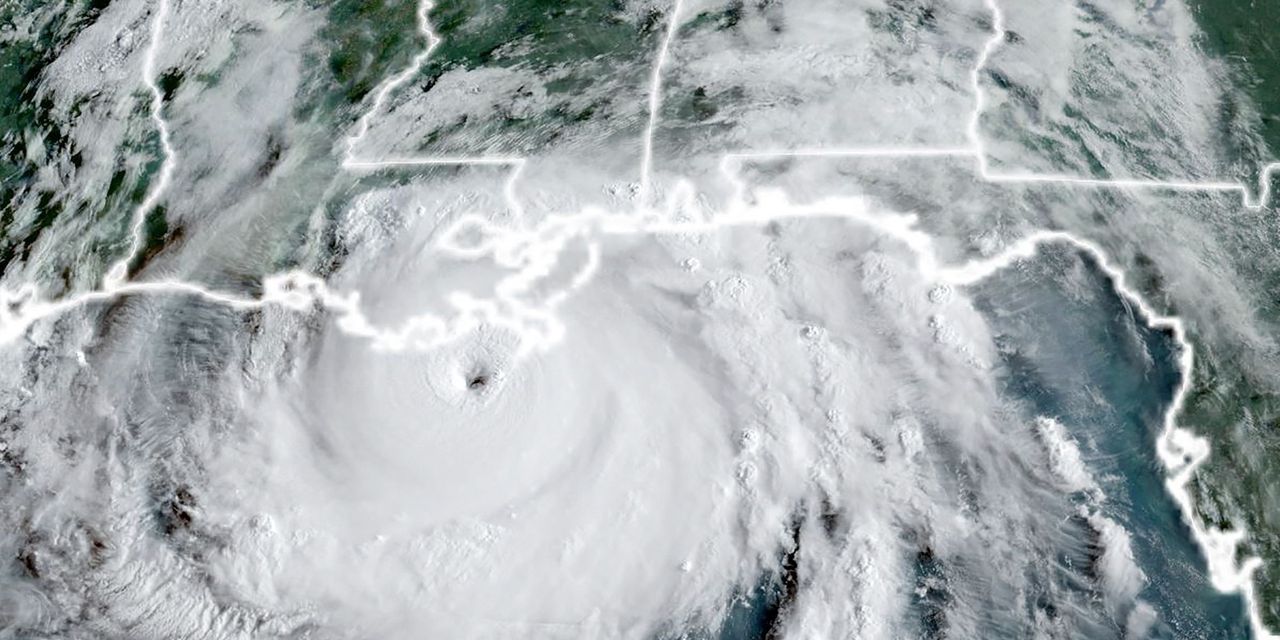 Gasoline futures were up sharply Monday, while oil prices pulled back, a day after Hurricane Ida made landfall in Louisiana, shutting down Gulf Coast refineries as it also knocked out the bulk of the region’s offshore oil and natural-gas production.

“Hurricane Ida has been bad for gasoline production as the shutdowns have represented 13% of refining capacity, which could be shut down for up to a week if there is extensive flooding and power outages,” said Jay Hatfield, chief executive and portfolio manager at Infrastructure Capital Advisors, in emailed comments.

A short-term spike in gasoline prices was likely to result from the storm, he said.

Read: Hurricane Ida continues to rampage through Louisiana and Mississippi

fell 27 cents, or 0.4%, to $68.47 a barrel on the New York Mercantile Exchange. October Brent crude
BRNV21,
,
the global benchmark, was down 3 cents at $72.67 a barrel on ICE Futures Europe, while the most actively traded contract, November
BRN00,

Analysts at S&P Global Platts Analytics said close to 4.4 million barrels a day of operating refinery capacity was in Ida’s path, largely in Louisiana, with at least half of that coming offline before the storm made windfall.

Colonial Pipeline, which provides the main artery for transporting fuel from Houston to the South and the East Coast, on Sunday shut down two lines that provide deliveries from Houston to Greensboro, North Carolina.

The company said fuel supplies remain available throughout the Southeast from its terminals along the supply route, while lines that service the Northeast from Greensboro to Linden, New Jersey, continue to operate as normal. The company said expects operations to resume full service after it evaluates the damage to infrastructure.

Meanwhile, the Bureau of Safety and Environmental Enforcement on Sunday reported that 95.65% of the Gulf Coast’s crude-oil production, or 1.741 million barrels a day, was shut down, as well as 93.75% of the region’s natural-gas production.

“The big question is, which will make a quicker return — offshore oil production or refining capacity?” said Warren Patterson, head of commodities strategy at ING.

“If it is the former, we could start to see a buildup of crude oil inventories, which wouldn’t be a constructive signal for oil prices, although it would likely be supportive for refined product cracks,” he said. The crack spread is the differential between the price of a barrel of crude and the products refined from it.

Traders were also looking ahead to a meeting this week of the Organization of the Petroleum Exporting Countries and their allies, a group known as OPEC+. The producers previously agreed, after a standoff between Saudi Arabia and the United Arab Emirates, to begin raising output in increments of 400,000 barrels a day beginning this month until existing output curbs are fully unwound.

Commodity Corner: To pause or not to pause oil output increases is the question OPEC+ faces as it meets Wednesday

The Biden administration earlier this month called on OPEC+ to further boost output, but analysts said a response appears unlikely.

“We do not foresee any fireworks from the group following the more recent recovery in prices. And we expect that they will continue the easing of their supply cuts as planned,” Patterson said.