Home
Stocks
The Conversation: Biden is right to get tough on bank mergers — here’s why
Prev Article Next Article
This post was originally published on this site 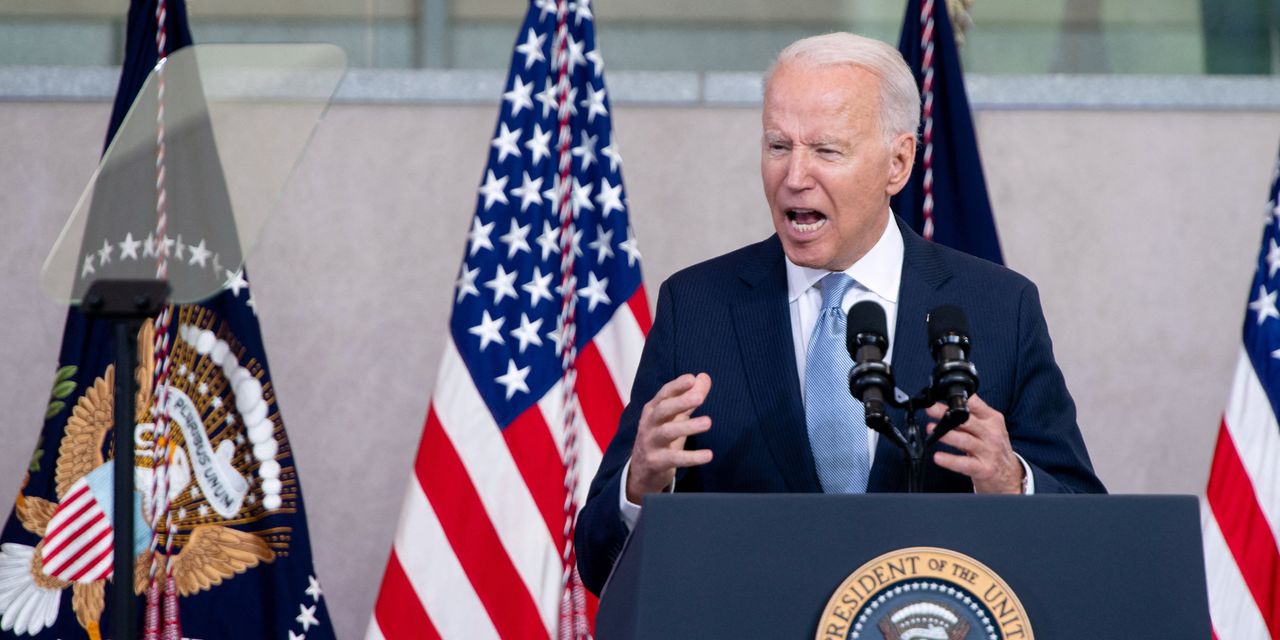 President Joe Biden signed a sweeping executive order on July 9 that aims to increase competition throughout the U.S. economy. In one of the order’s most significant provisions, he directed federal regulators to strengthen oversight of bank mergers.

As a former Federal Reserve attorney who is now a business law professor, I share Biden’s concern that widespread bank consolidation has hurt consumers and the broader economy.

If your bank has been acquired by a larger financial institution, you may have noticed that it is now harder for you to obtain a mortgage or a car loan or you may be earning less interest in your savings account and paying higher transaction fees.

Biden’s executive order aims to reverse these troubling trends. But with the pace of bank mergers accelerating as the economy recovers from the coronavirus pandemic, putting the brakes on harmful consolidation will not be easy.

From 1934 until the 1980s, the U.S. banking system consisted of more than 18,000 primarily small depository institutions.

Today, however, the number of banks in the United States has plummeted to fewer than 5,000, while concentration among the largest lenders has reached record levels. The top four banks – JPMorgan
JPM,
,
Bank of America, Wells Fargo
WFC,

– hold the same amount of assets as the next 300 combined, about $9 trillion.

Three distinct waves of bank mergers have contributed to the rapid consolidation of the U.S. banking sector.

First, in the 1980s and 1990s, policymakers repealed longstanding geographic restrictions that had limited banks to operating within a single state. Once banks were allowed to expand across state lines, many merged with lenders in neighboring states, creating a cohort of larger, regional banks.

Next, banks began to grow not only in size, but also in scope. In 1999, the Gramm-Leach-Bliley Act eliminated Great Depression-era restrictions on activities like investment banking and selling insurance. Many banks expanded into these new activities through mergers, such as Citicorp’s acquisition of Travelers insurance company and Chase Manhattan Bank’s combination with investment bank J.P. Morgan.

Now a fourth wave may be underway, triggered by Trump-era financial deregulation that made it easier for banks to get bigger. COVID-19 has also contributed to bank consolidation. The Fed responded to the pandemic by setting interest rates near zero, which has made it harder for banks to earn profits off lending and has encouraged more mergers.

Within the past year, Morgan Stanley
MS,

In other words, this recent trend shows few signs of slowing down anytime soon.The high costs of consolidation

The rapid consolidation of the U.S. banking sector is concerning because bank mergers can hurt consumers and the broader economy in several ways, according to my research.

Finally, big bank mergers increase the risk of another financial crisis. Numerous empirical studies have demonstrated that large bank mergers threaten financial stability. When banks grow through mergers – as many did in the runup to the 2008 crisis – the consequences of their failure become more dire.Regulators loosen their grip

Bank consolidation, of course, is not always bad. Some bank mergers – particularly among community banks – can reduce banks’ costs without harming consumers or endangering the financial system.

In my opinion, however, bank regulators – who have to approve all mergers – have failed to differentiate innocuous bank mergers from those that are likely to hurt consumers.

In 1960, the Bank Merger Act directed federal bank regulators to consider the public interest when deciding whether to approve or deny a bank merger. It also authorized the Department of Justice to block a merger that substantially lessens competition.

At first, regulators regularly rejected bank mergers. From 1972 to 1982, for example, the Federal Reserve denied more than 60 merger proposals.

Over time, however, regulators have become far more deferential to banks that want to merge. According to my research, the Federal Reserve has now approved more than 3,500 consecutive merger applications since 2006 without issuing a single denial.

Biden’s executive order seeks to end this rubber-stamping of bank mergers. The order is very broad, however, and leaves the details for the regulators to figure out.

In the past, I have suggested several ways to improve bank merger oversight. For example, policymakers could strengthen antitrust rules or authorize the Consumer Financial Protection Bureau to block a merger if a bank has a poor consumer compliance record.

The Department of Justice has promised to implement Biden’s executive order in the coming months, and Fed officials have expressed interest in overhauling their framework for bank mergers, as well. In addition, Sen. Elizabeth Warren and U.S. Rep. Chuy Garcia have proposed legislation drawing on my research that would significantly strengthen merger oversight.

With a fresh approach, I believe that policymakers can ensure that bank mergers support, rather than impede, the emerging economic recovery.

Jeremy Kress is an assistant professor of business law at the University of Michigan in Ann Arbor, Mich. This was first published by The Conversation — “Biden wants to crack down on bank mergers – here’s why that could help consumers and the economy“.