Home
Stocks
Next Avenue: While many are looking for work, some older workers are jumping at the chance for a new start
Prev Article Next Article
This post was originally published on this site 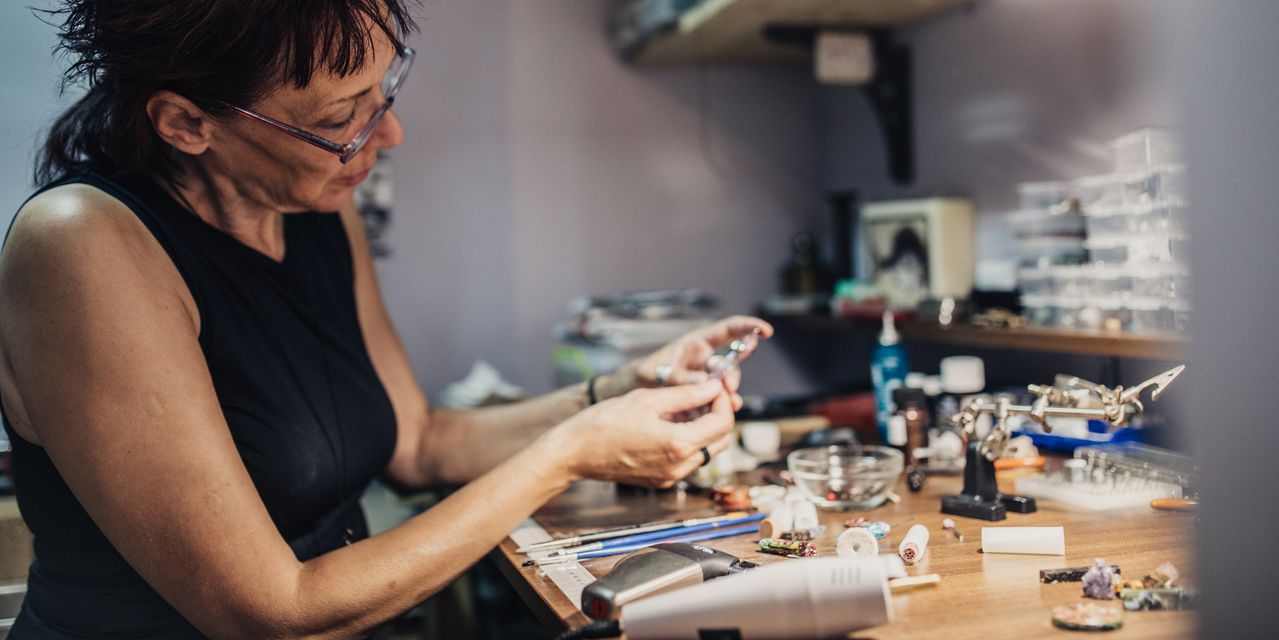 Few of us have the net worth or name recognition of Meghan McCain, who’s 36. Yet her sentiment resonates among many who’ve worked throughout the pandemic, often tethered to their computers at home.

Record numbers of workers are part of what’s been dubbed “The Big Quit” or “The Great Resignation,” as economies emerge from the pandemic. If a recent Microsoft
MSFT,

survey is even close to the mark, 41% of the global workforce plan on saying goodbye to their employer and colleagues this year.

Many of the quitters are, and will be, people 50+. Some for greener pastures at other employers or ventures they’re starting; others for retirement.

The flurry of emailed farewells and virtual goodbye gatherings around the U.S. lately reflect worker confidence that the U.S. economy’s rebound is strong enough that they’re willing to take a risk and leave their jobs.

Demand for workers means options for some

Their timing is savvy considering how strong the demand is for workers.

Companies are fighting for talent, and that’s the definition of a good market for anyone looking to voluntarily change jobs. Generally speaking, household finances seem unusually supportive for funding a job search, too. Economists estimate Americans accumulated an excess of $2 trillion in savings during the pandemic, though they are quick to add that many are struggling.

Seasoned workers with retirement savings plans have done well lately since the markets have been strong and 401(k) contributions have remained relatively steady. Home values also rose sharply during the pandemic in many places, and older Americans tend to be homeowners.

“In a world where workers don’t have a lot of power, quitting is the one bargaining chip they have,” says Geoffrey Sanzenbacher, research economist at the Center for Retirement Research at Boston College. And, he added, many older workers “have something they’ve wanted to do for a while” — which could be starting a business, following a passion or retiring.

Something else is at work, though.

For the past two decades, the combination of stagnant wages and job insecurity deterred many people from quitting while older workers had the added concern of age discrimination.

See: These workers would quit their jobs, but worry about losing health care

The ‘life is short’ phenomenon at work

But the social isolation endured by so many during the pandemic and the trauma following the murder of George Floyd by a former Minneapolis police officer pushed many to rethink and reimagine what they were doing with their lives and at work.

“With so much change upending people over the past year, employees are re-evaluating priorities, home bases and their entire lives,” according to the Microsoft report. “So, whether it’s due to fewer networking or career advancement opportunities, a new calling, pent-up demand or a host of pandemic-related struggles, more people are considering their next move.”

Among those considering their next move are Nancy Collamer’s clients. A retirement coach based in Pennsylvania and a popular Next Avenue contributor, Collamer has been hearing from people looking for help figuring out their next chapter.

One motivated longtime volunteer lost her husband (not from COVID-19) during the pandemic. The combination of his death and the coronavirus cloud have convinced the woman that life is fleeting and things can change on a dime. She’s now driven to find a more purposeful path with her volunteer work.

A client of Collamer’s in the financial services industry realized during the pandemic how much he enjoyed being with his family. He now dreads traveling for work and is looking to make a job change, possibly a career change.

“A common thread is that the pandemic gave them the time to pause and think about what they wanted to do with their lives,” says Collamer.

To be sure, money isn’t an obstacle with her clients. Nevertheless, for anyone able to take the leap there’s intriguing evidence that voluntary job changes among late-career workers lengthen their work lives.

Don’t miss: Expect a 10% or worse correction in U.S. stocks by mid-August, says this forecaster with a proven track record

Take research by Sanzenbacher, Steven Sass and Christopher Gillis at the Center for Retirement Research. They looked into voluntary job changes by workers ages 51 to 61 from 1992 to 2012 and followed them to age 65. They discovered that a voluntary job change was associated with a 9.1% increase in the likelihood of remaining in the labor force until 65.

The effect held for different socioeconomic groups. For those with at least some college, the increase was 10.9% and for those with high school or less, 7.5%.

“If you’re leaving an employer for more pay or because you like it better, both are good,” says Sanzenbacher.

The rise in risk-taking reflected in what’s known as the “quit rate” has also been showing up in new business creation numbers.

University of Maryland economist John Haltiwanger noted in a recent paper that the pace of new business applications since mid-2020 was the highest on record (although the series only goes back to 2004).

He adds that things are much different from the economic trauma so many felt a dozen years ago when entrepreneurship declined during the 2007-09 recession.

The Kauffman Foundation, which studies entrepreneurship, also has seen a sharp increase in startup activity in 2020. A majority of new entrepreneurs, Kauffman says, were 45 and older.

To be sure, the pandemic has meant the number of new entrepreneurs finding it necessary to start a business just to pay their bills reached its highest level over the past 25 years at least.

New businesses: for passions and to pay the bills

“Individuals starting a business as an opportunity, rather than a necessity, went down for everyone,” says Robert Fairlie, an economist at University of California, Santa Cruz.

Nevertheless, you don’t take the risk of launching a business unless you believe there’s an opportunity to make a go of it — a reasonable bet these days for midlife entrepreneurs.

“The data shows that older entrepreneurs have assets and the knowledge base to succeed,” says Susan Weinstock, vice president of financial resilience programming at AARP. “I think we will be seeing many more small businesses being founded by older workers.”

Despite several challenges, the U.S. economic rebound is on track to be among the strongest and quickest in history. If that’s the case, the time to think about making a late-career shift or starting your own business is now.

As former Treasury Secretary Larry Summers once wrote, a good economy is when “firms are chasing workers rather than workers chasing jobs.” That’s certainly the case today.

Collamer says when deciding on your next avenue, it helps to think through two key questions: “Who or what energizes you? And who or what drains you?”

Now is a good point in this column to pause and reflect on what’s going on with America’s job market and what experienced workers are facing.

Coming out of the pandemic, the rise in voluntary quits and the embrace of second-life entrepreneurship is mostly positive. Other parts of the job market, however, are disturbing.

Over half of job seekers 55 and older were long-term unemployed in June, meaning they’d been looking for work for at least six months. The longer someone is unemployed, the harder it is to get another job — and that’s before taking age discrimination into effect.

Also on MarketWatch: This is the ‘best place’ to live in America — and it isn’t on the coast

According to Pew Research Center, 3.2 million more boomers retired in the third quarter of 2020 compared with 2019, and many of them not by choice. The COVID-19 economy hit older workers living on low and unstable incomes much harder than their high-earning peers.

“There are a lot of confounding factors in what is going on here now that the economy is opening up and people are going back to work,” says Weinstock.

Many questions about the state of older workers won’t be known for at least another year, if not more. But for those who are able to reimagine their lives, the economic recovery is an opportune time to seek the purpose they discovered in isolation.

Chris Farrell is senior economics contributor for American Public Media’s Marketplace. An award-winning journalist, he is author
of “Purpose and a Paycheck: Finding Meaning, Money and Happiness in the Second Half of Life” and “Unretirement: How Baby Boomers Are Changing the Way We Think About Work, Community, and The Good Life. ”

This article is reprinted by permission from NextAvenue.org, © 2021 Twin Cities Public Television, Inc. All rights reserved.

More from Next Avenue: