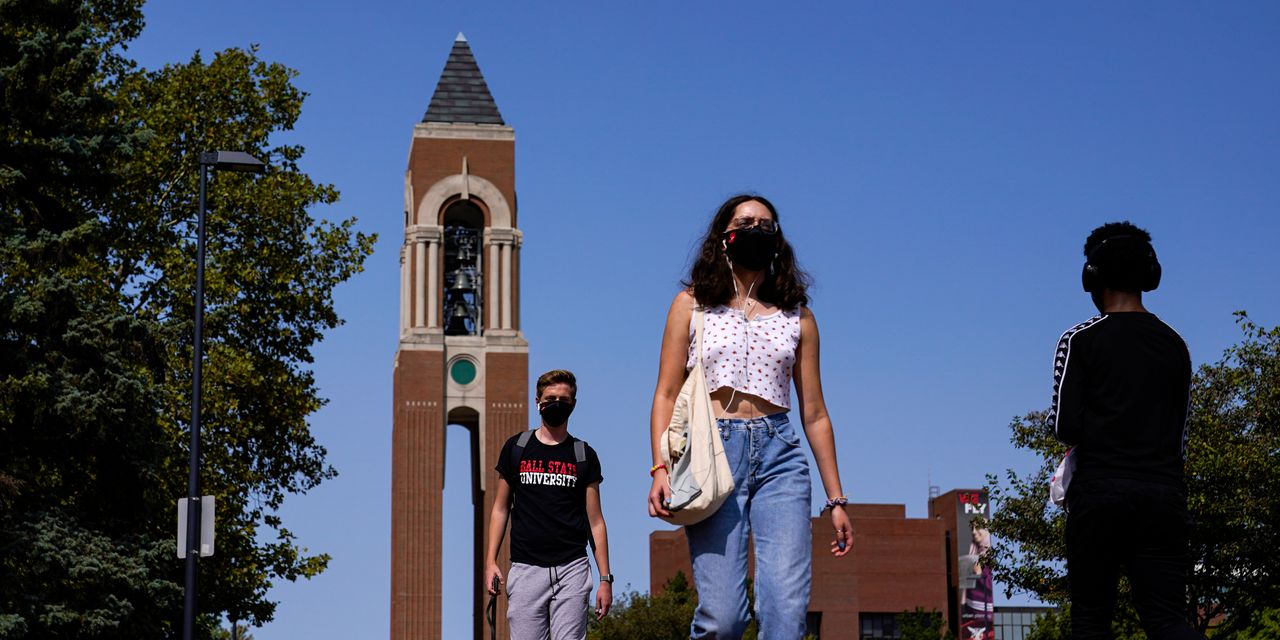 When the Department of Education announced in 2018 that the agency would offer a government-branded debit card that college students could use to access some of their financial aid funds, officials touted it as an innovative product designed specifically to benefit students.

Less than 10 students actually used it.

In March, the agency sunsetted a pilot program that offered the card to students at five colleges. During the roughly year-long pilot program period that started under then-Secretary of Education Betsy DeVos, just 30 students signed up for the debit card, according to a Department of Education spokesperson.

The goal of the card was to provide students with a way to electronically access refunds or stipends, essentially any financial aid money that’s left over after tuition is paid. Students use the money to cover living expenses.

Of those 30 students that enrolled, fewer than 10 actually activated their card, a department spokesperson told MarketWatch.

The schools where the card was offered — Purdue University, the University of Georgia, Jackson State University, University of California-Riverside and National University — have roughly 36,733 undergraduate students using federal student loans, according to an analysis of government data. (This figure may actually underestimate the number of students receiving federal loans because it excludes some groups, including part-time students or those who transfer in).

Not all of those students received a financial aid refund, meaning they wouldn’t have a use for the card. Still, the number that signed up for the program likely represents a small fraction of those eligible.

That “so few students actually took advantage of it,” said Adam Pulver, an attorney at Public Citizen Litigation Group, a consumer-focused public interest law firm, “shows that this program was never really about meeting student interest and student demand.” Instead, he said, it was about providing an opportunity for the private sector to make money off students using financial aid.

Though the agency ended the government-branded card, it was just one in a category of products that consumer advocates have worried for years put students at risk of being taken advantage of by financial institutions. It’s not uncommon for banks to pay colleges to market a co-branded debit card or bank account where students can access their financial aid refunds.

The banks and schools say these deals provide safe and convenient banking options to students who may not have an account to easily access their financial aid money. To critics, including some regulators, the arrangements are an “unholy alliance” between banks and schools that provide financial institutions access to students, a lucrative and vulnerable demographic, and colleges with funding.

The lack of demand for the government-branded debit card signaled to critics of these arrangements that students have enough options for accessing their refunds and don’t need to be marketed to through their schools.

When the Trump-era Department of Education launched the debit card it was part of a suite of programs aimed at modernizing the experience of borrowing and repaying student loans — changes officials said would benefit borrowers.

Wayne Johnson, then the chief operating officer of the Office of Federal Student Aid and also a former prepaid and credit card executive, called the debit card a “very robust payment instrument” with no fees that married a variety of banking technology, including peer-to-peer payments and security alerts.

“There’s no other product like it in existence today,” he said at the time.

But consumer advocates worried it would provide the financial institutions partnering with the agency on the card access to student data and opportunities to cross-sell other products.

The government’s solicitation for proposals from financial institutions and other vendors to participate in the program noted that receiving federal student aid “may be the first encounter a student has with a financial services product.”

That would put any company partnering with the government on the card in an enviable position with a lucrative group of customers, said Ed Mierzwinski, senior director, federal consumer program at U.S. PIRG, a consumer advocacy group.

MarketWatch contacted the three financial institutions that were reportedly part of the pilot program for comment. Fiserv
FISV,

referred questions to the Office of Federal Student Aid and Urban FT and Metabank
CASH,

Advocates worried that the card’s no-fee provision would only be temporary. In addition, they were concerned about the Department of Education having access to information about the way students were spending their financial aid money.

When the card was initially announced, officials said it would include features that nudged students away from certain purchases through text messaging. In addition, government documents soliciting vendors for the card said the Department of Education would ask participating financial institutions to collect aggregate anonymized data and report it to the agency periodically.

Officials at the time said the data would be restricted and that students would have to opt in on a case-by-case basis for their information to be used for marketing purposes. Still, some advocates worried that the Trump administration would use the data to bolster arguments that borrowers’ challenges with student loans are related to the way they’re spending their money and not the difficulty of affording college.

Stephanie Stovall, associate director of financial aid at the University of California-Riverside, which participated in the pilot, said she wondered whether the perception among students that the government would know how they were spending their financial aid money may have deterred students from signing up for the card after seeing some social media chatter to that effect.

“Once the money is deposited into another bank account and the student spends it on what they need, there’s no sense that the person who is giving you the money has any oversight over the transactions,” she said.

Stovall said that students are even sometimes hesitant to participate in surveys from the financial aid office because they’re concerned about how the way they spend the money will be perceived.

“Some of our students are so wonderfully responsible, that they feel like they shouldn’t do anything,” with the financial aid money, Stovall said. “They don’t want anyone to see if they spend the money on a Target trip,” which would be an appropriate use for it, she noted.

Stovall said there also may have been a more benign reason why students weren’t interested in the pilot: They thought it was a scam. Her office received a few inquiries to that effect from students after sending out an email announcing the opportunity to use the card.

Stovall and her colleagues saw a need for the product the government was offering, which was why they decided the school should participate in the pilot. Some students who didn’t have a way to access their financial aid refunds electronically would be issued paper checks and wait so long to cash them that the checks were no longer valid. In those cases, the financial aid and accounting offices would track down the students, verify their address and reissue the check.

“This is a huge amount of work on financial aid and accounting offices across the country,” she said. “It seemed like an ideal solution to offer them a way to use direct deposit if they didn’t have an account to avoid stale-dated checks and to make sure that they actually used the money.”

In particular, Stovall said she and her colleagues appreciated that a debit card that came from the Office of Federal Student Aid could seem like a logical next step for students after filling out the Free Application for Federal Student Aid, which is provided by that same office.

Pulver suspects that the pilot failed because not many students had a need for another financial product, particularly one that didn’t tie into accounts they might have already had.

“Older and nontraditional students, these are people who have been engaging with a lot of financial institutions throughout their lives,” Pulver said. “Just having this additional random account doesn’t play into the role of becoming a wise financial consumer.”

Seth Frotman, the executive director of the Student Borrower Protection Center, a nonprofit that advocates on behalf of student-loan borrowers, said the failed debit card pilot was just one example of the Office of Federal Student Aid launching a “new shiny thing,” instead of focusing on the challenges in the current student loan marketplace.

For example, the agency is currently in the midst of a years-long effort to revamp the student loan servicing system, even as complaints from regulators, advocates and borrowers persist indicating that student loan companies’ behavior is making it more challenging than necessary for borrowers to repay their debt.

Richard Corday, the chief operating officer of Federal Student Aid, recently told the Washington Post that the agency plans to set “rigorous” benchmarks that servicers will have to meet or risk having their contracts terminated.

Earlier this year, Frotman’s organization urged the Department of Education to more aggressively enforce rules on the books surrounding the agreements between colleges and financial institutions to market bank and debit card products where students receive their financial aid funds.

The majority of colleges currently partnering with financial institutions to offer prepaid debit cards and checking accounts provide products with no or low-fees to students, a Department spokesperson told MarketWatch in an email.

Frotman said he hopes the failure of the debit card pilot serves as a “wake up call,” to the agency to do more to enforce the rules surrounding these agreements.

“They have a regulation on the books which could clean up a lot of the most troubling and abusive tactics,” Frotman said.