Home
Stocks
Project Syndicate: If you want to fix climate change, you need to fix this flaw in conventional economic thought
Prev Article Next Article 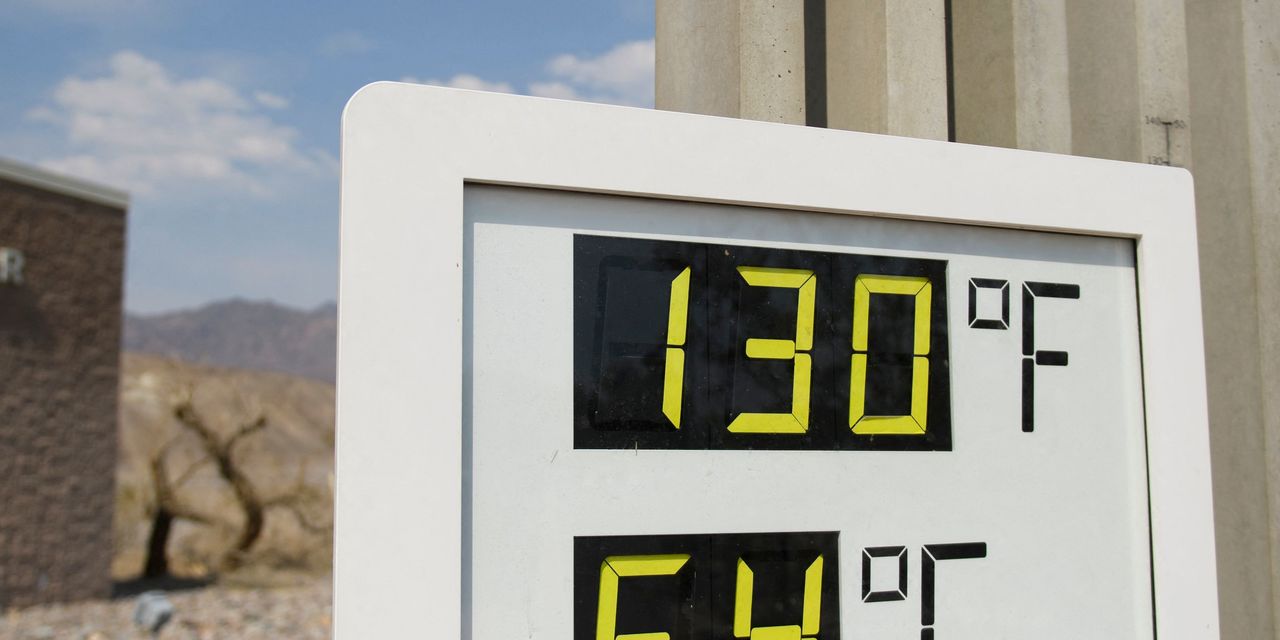 BRUSSELS, Belgium (Project Syndicate)—Nowhere are the limitations of neoclassical economic thinking—the DNA of economics as it is currently taught and practiced—more apparent than in the face of the climate crisis. While there are fresh ideas and models emerging, the old orthodoxy remains deeply entrenched. Change cannot come fast enough.

The economics discipline has failed to understand the climate crisis—let alone provide effective policy solutions for it—because most economists tend to divide problems into small, manageable pieces. Rational people, they are wont to say, think at the margin. What matters is not the average or totality of one’s actions but rather the very next step, weighed against the immediate alternatives.

“
The most effective way to introduce new ideas into the peer-reviewed academic literature is to follow something akin to an 80/20-rule: stick to the established script for the most part; but try to push the envelope by probing one dubious assumption at a time.
”

Such thinking is indeed rational for small discrete problems. Compartmentalization is necessary for managing competing demands on one’s time and attention. But marginal thinking is inadequate for an all-consuming problem touching every aspect of society.

Economists also tend to equate rationality with precision. The discipline’s power over public discourse and policy-making lies in its implicit claim that those who cannot compute precise benefits and costs are somehow irrational. This allows economists—and their models—to ignore pervasive climate risks and uncertainties, including the possibility of climatic tipping points and societal responses to them.

“
A return to equilibrium—getting “back to normal”—is an all-too-human preference. But it is precisely the opposite of what is needed—rapidly phasing out fossil fuels—to stabilize the world’s climate.
”

And when one considers economists’ fixation with equilibrium models, the mismatch between the climate challenge and the discipline’s current tools becomes too glaring to ignore.

Yes, a return to equilibrium—getting “back to normal”—is an all-too-human preference. But it is precisely the opposite of what is needed—rapidly phasing out fossil fuels—to stabilize the world’s climate.

These limitations are reflected in benefit-cost analyses of cutting emissions of carbon dioxide and other greenhouse gases. The traditional thinking suggests a go-slow path for cutting CO2. The logic seems compelling: the cost of damage caused by climate change, after all, is incurred in the future, while the costs of climate action occur today. The Nobel Prize-winning verdict is that we should delay necessary investment in a low-carbon economy to avoid hurting the current high-carbon economy.

To be clear, a lot of new thinking has gone into showing that even this conventional logic would call for significantly more climate action now, because the costs are often overestimated while the potential (even if uncertain) benefits are underestimated.

The young researchers advancing this work must walk a near-impossible tightrope, because they cannot publish what they believe to be their best work (based on the most defensible assumptions) without invoking the outmoded neoclassical model to demonstrate the validity of new ideas.

The very structure of academic economics all but guarantees that marginal thinking continues to dominate. The most effective way to introduce new ideas into the peer-reviewed academic literature is to follow something akin to an 80/20-rule: stick to the established script for the most part; but try to push the envelope by probing one dubious assumption at a time.

Needless to say, this makes it extremely difficult to change the overall frame of reference, even when those who helped establish the standard view are looking well beyond it themselves.

“
Against the backdrop of this traditional view, recent pronouncements by the International Monetary Fund and the International Energy Agency are nothing short of revolutionary. Both institutions have now concluded that ambitious climate action leads to higher growth and more jobs even in the near term.
”

Consider the case of Kenneth J. Arrow, who shared a Nobel Prize in Economic Sciences in 1972 for showing how marginal actions taken by self-interested individuals can improve societal welfare. That pioneering work cemented economists’ equilibrium thinking.

But Arrow lived for another 45 years, and he spent that time moving past his earlier work. In the 1980s, for example, he was instrumental in founding the Santa Fe Institute, which is dedicated to what has since become known as complexity science—an attempt to move beyond the equilibrium mind-set he had helped establish.

Because equilibrium thinking underpins the traditional climate-economic models that were developed in the 1990s, these models assume that there are trade-offs between climate action and economic growth. They imagine a world where the economy simply glides along a Panglossian path of progress. Climate policy might still be worthwhile, but only if we are willing to accept costs that will throw the economy off its chosen path.

Against the backdrop of this traditional view, recent pronouncements by the International Monetary Fund and the International Energy Agency are nothing short of revolutionary. Both institutions have now concluded that ambitious climate action leads to higher growth and more jobs even in the near term.

The logic is straightforward: climate policies create many more jobs in clean-energy sectors than are lost in fossil-fuel sectors, reminding us that investment is the flip side of cost. That is why the proposal for a $2 trillion infrastructure package in the United States could be expected to spur higher net economic activity and employment. Perhaps more surprising is the finding that carbon pricing alone appears to reduce emissions without hurting jobs or overall economic growth. The problem with carbon taxes or emissions trading is that real-world policies are not reducing emissions fast enough and therefore will need to be buttressed by regulation.

There is no excuse for continuing to adhere to an intellectual paradigm that has served us so badly for so long. The standard models have been used to reject policies that would have helped turn the tide many years ago, back when the climate crisis still could have been addressed with marginal changes to the existing economic system. Now, we no longer have the luxury of being able to settle for incremental change.

The good news is that rapid change is happening on the political front, owing not least to the shrinking cost of climate action. The bad news is that the framework of neoclassical economics is still blocking progress. The discipline is long overdue for its own tipping point toward new modes of thinking commensurate with the climate challenge.

It is about time that economists gave nature its due

Bill Gates explains why he’s optimistic about preventing catastrophic climate change, even as he warns we have ‘no time to waste’