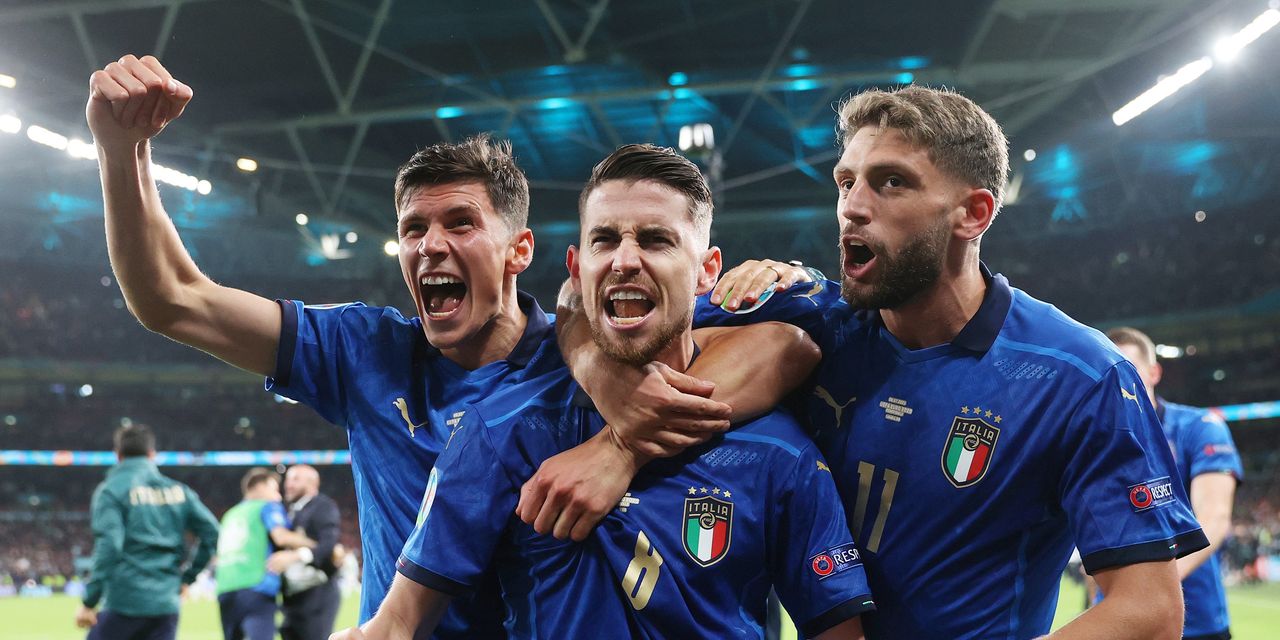 hit a new peak. Losses came in part after the Institute for Supply Management reported an unexpected fall in its service sector gauge.

Job openings and the minutes of the most recent Federal Open Market Committee meeting are in the spotlight for Wednesday.

Data in Europe showed, German industrial production unexpectedly fell in May, missing expectations for an increase, according to statistics office Destatis said Wednesday. But the European Union lifted its growth expectations for 2021 and 2022, citing stronger-than-expected activity in the first quarter and easing of pandemic restrictions in the second.

were up around more than 1.5% each, underpinning the energy sector. Crude benchmarks pulled back Tuesday on the heels of hitting levels last seen in 2014 after talks between the Organization of the Petroleum Exporting Countries and its allies collapsed amid a deadlock over increasing production.

Read: Is this the end of OPEC? What the Saudi vs. U.A.E. standoff means for oil prices and financial markets

climbed 3% in early trading before slipping back to trade around 1.3% up. The energy giant said Wednesday that it will boost total shareholder distributions to 20%-30% of cash flow from operations beginning with the announcement of second-quarter results, due later this month.

Sportswear makers got a boost, led by a 2.2% rise for shares of Puma
PUM,
,
while shares of rival Adidas
ADS,

The gains also came after a positive note on sportswear makers by HSBC that suggested investors buy Nike
NKE,

and Puma and upgraded Adidas to buy from hold. Analysts Erwan Rambourg and Anne-Laure Bismuth said they had lifted estimates on those stocks considerably, the biggest for Nike given an “impressive shift in the model.”

Puma makes the kits of the Italian national football team. Italy beat Spain 4-2 on penalties at Wembley Stadium on Tuesday to move onto the final of the UEFA Euro 2020 championship, where they will play either England or Denmark at the same stadium on Sunday.

“While Puma is always more difficult to fathom from a valuation perspective, we believe fundamentals should continue to impress. adidas has underperformed the other two for the past few months, probably because the company is the most exposed to Greater China from a profit perspective, but we believe the
risk/reward here is a lot more compelling now,” said the analysts.

lifted its earnings target for the year after raising its expectations for nuclear output in France. Shares of the French energy company rose 2%.

Some technology stocks were rising after Nasdaq gains on Tuesday, with shares of business software giant SAP
SAP,