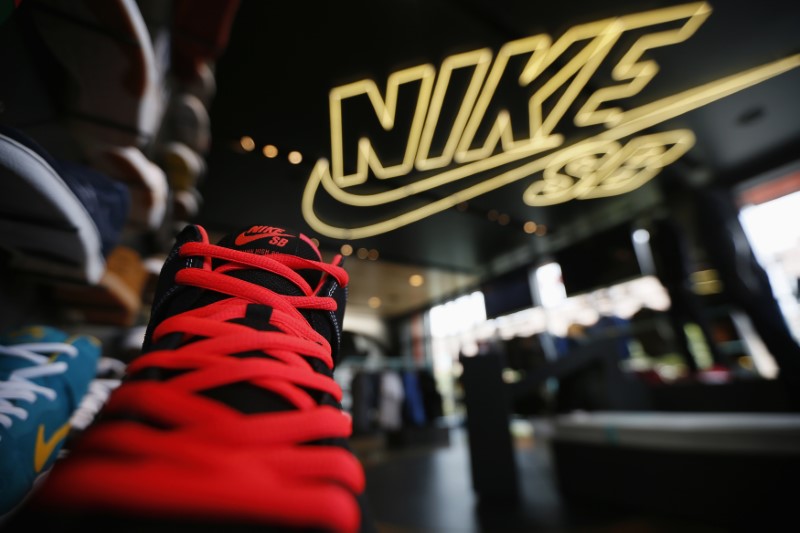 After staying at home for more than a year and limiting themselves to leisure-wear and comfortable pajamas, consumers are back to buying sneakers for running and hiking as they return to their routines, thanks to rapid vaccinations.

Total gross margin increased 850 basis points to 45.8% versus last year, boosted in part by the company’s direct to consumer business and fewer charges related to factory cancellations. Analysts expected gross margin of 43.96%, according to Refinitiv.

In China, a fast-growing market for the company, revenue of $1.93 billion missed expectations of $2.22 billion.

Nike and several other apparel companies like Adidas (OTC:ADDYY) and H&M were attacked on Chinese social media in March after internet users found statements the companies had made on the use of forced labor in Xinjiang.

Total revenue nearly doubled to $12.34 billion from a year ago, when the pandemic was at its peak. Analysts were expecting revenue of $11.01 billion and earnings of 51 cents per share, according to IBES data from Refinitiv.