Home
Stocks
Capitol Report: Biden calls for united effort ‘to keep each other safe,’ as he aims to fight gun crime
Prev Article Next Article
This post was originally published on this site 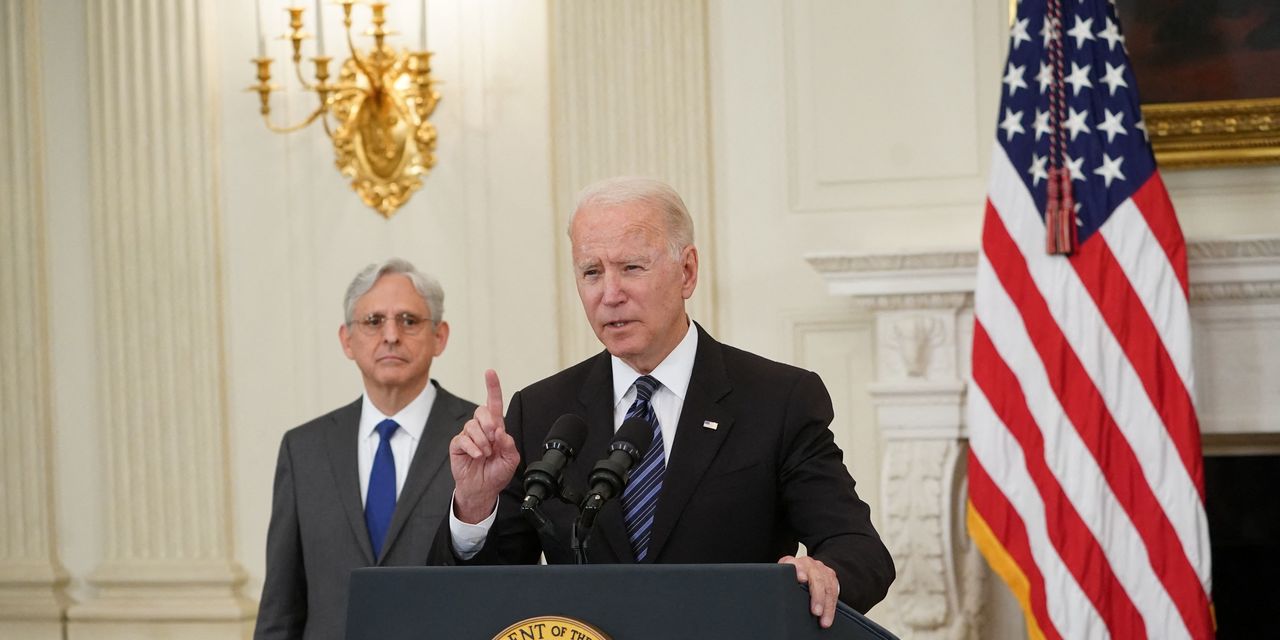 President Joe Biden on Wednesday called for unity on “sensible” gun-control measures, as his administration rolled out new initiatives for addressing increases in violent crime.

“We have an opportunity to come together now as Democrats and Republicans, as fellow Americans, to fulfill the first responsibility of government and our democracy — to keep each other safe. Enough,” Biden said in a speech at the White House.

“Let’s show the world and show ourselves that democracy works, and we can come together as one nation,” he said. “We can do this and save lives.”

The new initiatives include the Biden administration saying that communities experiencing a “surge in gun violence as a result of the pandemic” may use $350 billion in state and local funding from March’s $1.9 trillion COVID-19 relief law for purposes such as hiring police, funding additional enforcement efforts or buying technology and other equipment for law enforcement.

Another new policy is “zero tolerance” for federally licensed gun dealers who fail to run a required background check or otherwise break the law — meaning their licenses will get revoked by the Bureau of Alcohol, Tobacco, Firearms and Explosives, or ATF. The administration also has launched five strike forces focused on addressing illegal firearms-trafficking in New York, Chicago, Los Angeles, the San Francisco Bay Area and Washington, D.C.

In addition, the administration is continuing to call on Congress to increase the ATF’s funding, and it’s launching efforts to improve coordination with state and local officials, according to a White House statement.

“In President Biden’s America, violent crime is surging and is expected to get worse throughout the summer,” said the office of House Minority Leader Kevin McCarthy, a California Republican, in an email. “Biden wants to blame guns and lawful gun owners instead of Democrats’ open embrace of the Defund the Police movement and soft-on-crime approach.”

Biden’s past moves related to gun violence have included tightening rules on buyers of home-assembled “ghost guns,” as well as directing the Justice Department to draft policy on arm braces that steady pistols. He also has called on the Senate to pass two House bills that would close loopholes in background checks — and pressed for banning assault weapons and high-capacity magazines.

When asked after his speech if he thought Congress could pass a ban on assault weapons, Biden said: “I never give up hope.”

Also: ‘We have to act’: Biden urges Congress to pass gun-control measures in wake of deadly shootings

Related: ‘What, do you think deer are wearing Kevlar vests?’ — Biden gets colorful in calling for gun control