Home
Stocks
Your Digital Self: You will not be traveling in a self-driving car anytime soon. Here’s what the future will look like
Prev Article Next Article
This post was originally published on this site 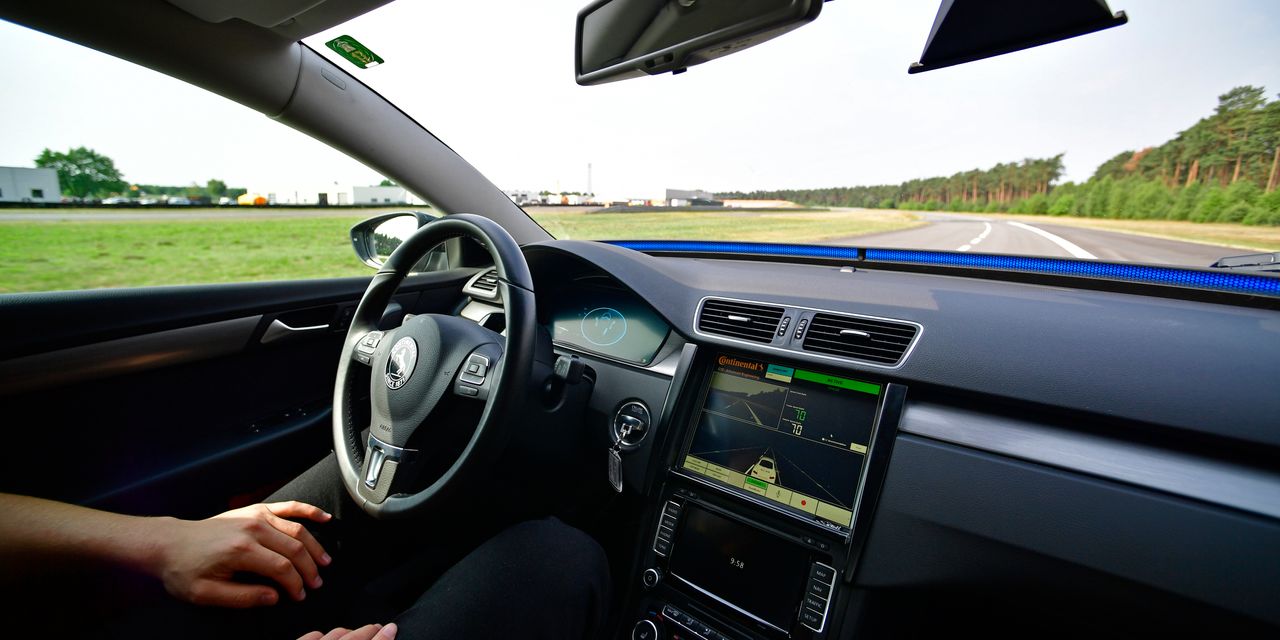 This is how Anthony Foxx, former U.S. secretary of transportation, envisioned the future of autonomous vehicles in 2016:

“By 2021, we will see autonomous vehicles in operation across the country in ways that we [only] imagine today. … Families will be able to walk out of their homes and call a vehicle, and that vehicle will take them to work or to school. We’re going to see transit systems sharing services with some of these companies. It’s not just autonomy in the vehicles. You’re going to see trucks running more closely together, which results in fuel savings and positive climate impact. You’ll see companies that will start to use unmanned aircraft to deliver products to us. My daughter, who will be 16 in 2021, won’t have her driver’s license. She will be using a service.”

Fast forward to today, and I’m still driving a Peugeot 3008 — not a bad car by any means but miles away from Level 5 autonomy. Also, the self-driving-car hype has died down quite a bit, and the news from the industry doesn’t exactly inspire optimism.

On May 6, Lyft
LYFT,
,
the ride-sharing service that competes with Uber
UBER,
,
sold its Level 5 division, an autonomous-vehicle unit, to Woven Planet, a Toyota
TM,

subsidiary. After four years of research and development, the company seems to realize that autonomous driving is a tough nut to crack — much tougher than the team had anticipated.

Uber came to the same conclusion, but even earlier, in December. The company sold Advanced Technologies Group, its self-driving unit, to Aurora Innovation, citing high costs and more than 30 crashes, culminating in a fatality as the reason for cutting its losses.

Finally, several smaller companies, including Zoox, a robo-taxi company; Ike, an autonomous-trucking startup; and Voyage, a self-driving startup; have also passed the torch to companies with bigger budgets.

All this tells us two crucial things:

1. Those startups, like many in the industry, have underestimated the sheer difficulty of “leveling up” vehicle autonomy to the fabled Level 5 (full driving automation, no human required). They were met with too many obstacles in research and testing, and had too little time to make significant breakthroughs. However, some got close!

2. The divisions sold, mentioned above, are worth millions, some even billions, of dollars. The companies making the acquisitions — giants like Amazon
AMZN,
,
GM
GM,

and newcomer Nuro — understand the long-term value of attaining the holy grail of autonomous driving and are willing to pay the price for the know-how and R&D already competed by these hard-working trailblazers.

But why didn’t things go down as planned?

The state-of-the-art semiautonomous cars of the present are as smart and responsive as their artificial-intelligence (AI) algorithms allow them to be. These deep-learning algorithms are trained on insane amounts of data, which helps them recognize an ever-growing number of traffic situations and act accordingly.

However, this method isn’t foolproof. There is an unknown number of situations that AI has not been trained on that can potentially confuse or trick the computer, resulting in injury or death of passengers or pedestrians.

To that end, owners of self-driving cars should always keep their eyes on the road and be ready to act at a moment’s notice. Every day, autonomous-vehicle systems are becoming more sophisticated, their algorithms more optimized — smarter, more robust and capable of handling a growing number of traffic scenarios.

However, no matter how much they improve, theoretically, there will always be a situation that an AI won’t be able to detect and react to. Unless the industry and public agree to accept a flawed self-driving system — one capable of failure — autonomous vehicles on our streets will never become mainstream. Achieving perfection here can’t, and shouldn’t, be the goal.

Airplanes are still much safer than cars, yet many people still fear flying and would much rather take their chances by driving a car. This irrational decision-making is rooted in the fear of the unknown and the unease we feel when we lose control, which inevitably happens with self-driving cars. It was hard enough to trust someone else to drive us around; it will be harder still to relinquish our safety and security to an algorithm.

Speaking of which, things aren’t perfect in that area either: In 2019, Regulus Cyber researchers found that spoofing attacks on the Tesla GNSS (GPS) receiver could easily be carried out wirelessly and remotely, exploiting security vulnerabilities in mission-critical telematics, sensor fusion and navigation capabilities. The remote attack caused one Tesla
TSLA,

to abruptly slow down and unexpectedly make a sharp turn off a main road. Although its driver was attentive and switched to manual control, he was not able to stop the car from leaving the road.

Tesla reacted by patching the vulnerability and later used this case to highlight the necessity of constant vigilance for drivers relying on Tesla’s Navigate on Autopilot feature. The incident is now more than two years old, but the topic of cybersecurity is as relevant as ever — as vehicles become open to external data streams, vulnerability to cyberattacks increases as well.

Is the convenience of autonomous driving really worth the risk of having your car hijacked remotely? Although this type of attack can be circumvented by relying on inertial measurement units (IMUs) and sensors that don’t broadcast or download external data, attacks that exploit security vulnerabilities in those systems could be used to the same detrimental effect.

So, is there a future for autonomous driving? As you can see, there are still plenty of obstacles that manufacturers and researchers need to overcome before Level 5 autonomy can happen. This isn’t to say fully automated vehicles are a pipe dream; rather, the technology isn’t there yet. National legal frameworks and industry standards governing autonomous driving safety and security also need to be well-defined, which currently isn’t the case.

Is there a timeframe? Some experts have an idea:

“This is a transformation that is going to happen over 30 years and possibly longer,” says Chris Urmson, an executive from Aurora (the new owner of Uber’s ATG) in a comment to the New York Times.

Regardless if the timeline is correct, one thing is clear: Reaching Level 5 autonomy will not be a revolution, but rather an evolution of the next generation of sensors that can compete with human vision and an AI that can match human-driver-like reasoning, paired with more robust safety and security features. Once these obstacles are removed, mass adoption will be only a matter of time.

For now, car manufacturers should focus their efforts on improving features of currently available semi-automated vehicles, demonstrating superior safety and reliability to that of conventional cars. This approach should lead to an increase in market adoption, price decreases and an increase in accessibility, ultimately providing a financial injection big enough to fuel even more research and development necessary for reaching Level 5 autonomy.

So strap in and relax. You’ll be holding that steering wheel for a while longer.