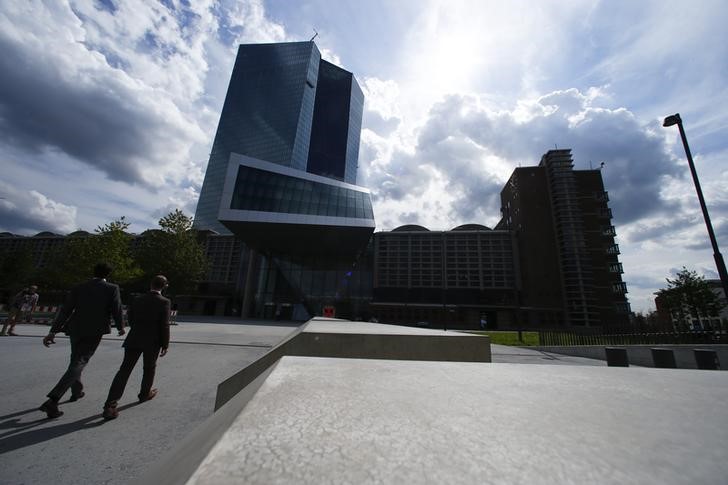 (Reuters) -Gains in financial and industrial stocks lifted European shares on Wednesday, though the main equity index held off record highs on nervousness that the U.S. Federal Reserve could flag later in the day when it plans to start unwinding its stimulus.

The pan-European STOXX 600 was up 0.2% by 0745 GMT. If gains hold until the end of the day, the index will mark its longest gaining streak in three-and-a-half years.

The benchmark index has now risen for five straight weeks as investors bet a steady vaccination programme would jumpstart regional economic growth, but a recent rise in inflation has sparked concerns of a sooner-than-expected tightening in global monetary policy.

After dovish signals from the European Central Bank last week, the U.S. Federal Reserve on Wednesday is expected to at least flag the pending start of talks about when and how to exit from crisis-era policies put in place at the onset of the COVID-19 pandemic.

“The street is heavily positioned with the Fed in the transitory indication corner,” said Jeffrey Halley, a market analyst at OANDA.

“The (Fed) is unlikely to rock the boat tonight, and if they did, it would be a massive surprise.”

In Europe, heavyweight industrial and financial stocks rose 0.5% each, while energy stocks tracked a jump in Brent crude to its highest since April 2019. [O/R]

London’s FTSE 100 led gains in the region even as data showed British inflation unexpectedly jumped above the Bank of England’s 2.0% target in May and looked set to rise further as the country re-opens its economy from lockdowns. (L)

In company news, EverArc Holdings Ltd jumped 8% as it said it would buy firefighting products and lubricant additives manufacturer Perimeter Solutions in a deal valued at about $2 billion.

EQT shares fell 0.6%, while the Spanish bourse was flat.