Home
Stocks
: Billions of dollars earmarked for charity are ‘sitting stagnant.’ A new bill could get the money flowing
Prev Article Next Article 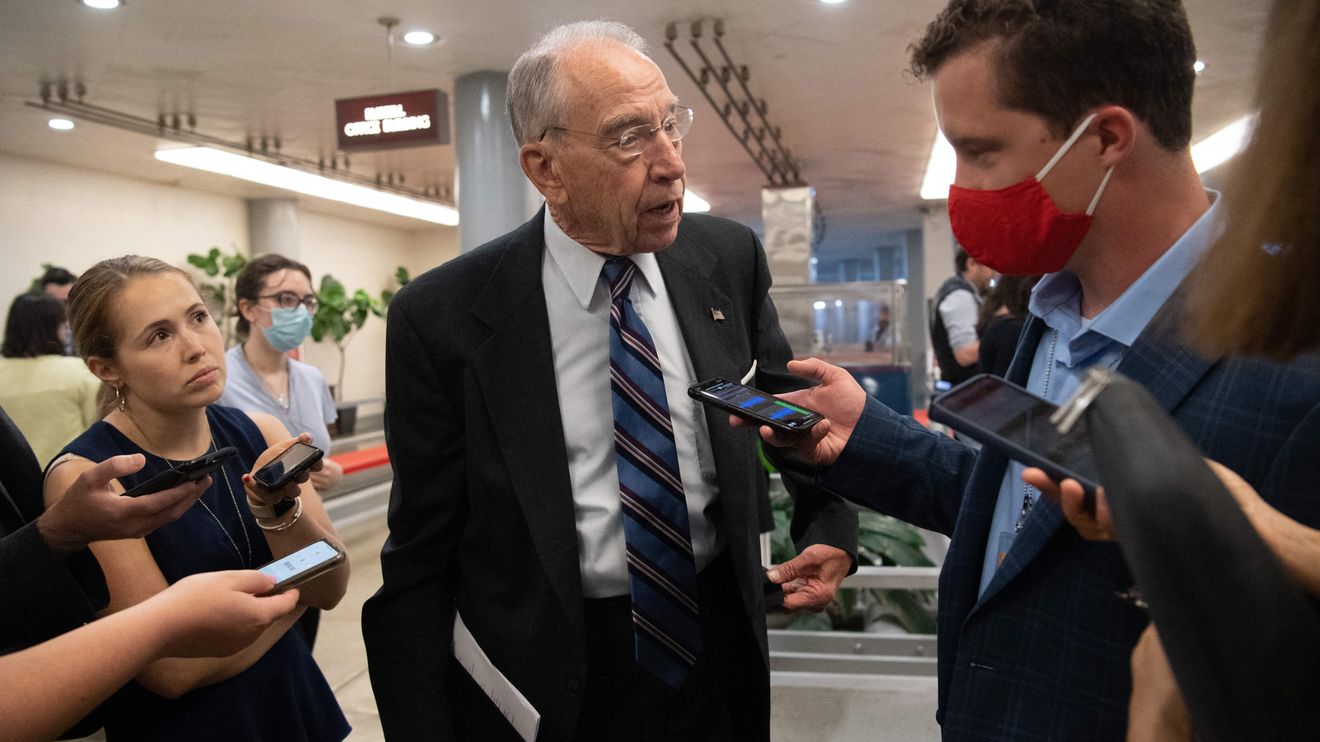 Two U.S. senators say billions of dollars intended for charities are stuck in private foundations and donor-advised funds, and they’ve introduced a bill that aims to move that money more quickly into the hands of working charities.

Chuck Grassley, an Iowa Republican, and Angus King, a Maine independent, introduced this week the Accelerating Charitable Efforts Act, which would create new rules for private foundations and donor-advised funds, a popular but controversial giving tool.

“America’s philanthropic sector is a global force for good — but to maximize its impact, we must reform tax rules that govern some gifts,” King said on Twitter
TWTR,
.
The bill would “ensure all donations reach working charities in a reasonable timeframe,” he said.

“[C]haritable dollars ought to be doing the good they were intended for, not sitting stagnant to provide tax advantages for some and management fees for others,” Grassley added in a statement.

The ACE Act would give donor-advised funds deadlines for distributing money to charities and tighten some regulations for private foundations, which are often established by wealthy families who receive tax deductions for their charitable giving.

Under current laws, private charitable foundations like the Bill and Melinda Gates Foundation are required to give out 5% of their assets each year for charitable activities. The ACE Act would prohibit foundations from counting salaries paid to family members as part of that 5% payout. (The Gates Foundation did not respond immediately to a request for comment.)

$140 billion earmarked for charity is sitting in donor-advised funds

Donor-advised funds, meanwhile, have no minimum payout rate. DAFs are charitable accounts that individuals can set up and fill with cash, securities or other investments. The money in the account must be distributed to a charity at some point, but there’s no deadline for when that has to happen.

However, DAF account holders get an immediate tax deduction when they put money into the DAF, a perk that strikes some critics as unfair. Some say the money sitting in DAFs — currently $140 billion, according to the senators — fails to reach the intended charity recipients and amounts to “warehousing wealth.”

The ACE Act aims to address that issue by putting time limits on when DAFs must hand money over to charities. Under the bill, DAF accounts would only qualify for a tax break if they moved money to charities within 15 years. The rules would apply to new contributions made to existing DAFs, a spokesman for King told MarketWatch.

Fifteen years may sound like a long lead time. But Ray Madoff, a Boston College law professor and expert on philanthropy, previously told MarketWatch that a 15-year limit strikes a good balance.

“Some donors use [DAFs] to fund annual giving, and for those donors, a shorter time period might make sense,” Madoff said. “However, we know that other donors — for example, those whose company is about to go public — may transfer millions or even hundreds of millions of dollars into a DAF, and those donors may need more time to decide about their charitable giving.”

“The 15-year limit would accommodate both of those types of donors while still recognizing the societal need for funds to flow to charities within a reasonable period of time,” she added.

‘Fees will increase and donors will have less to give away’

Those in the business of providing donor-advised funds say the bill could lead to a drop in charitable giving, because people may become less inclined to open DAFs, which are marketed as a no-muss, no-fuss way to reduce taxable income while giving back to society.

“The beauty of DAFs is how simple and inexpensive they are,” said Ken Nopar, a senior philanthropic advisor at American Endowment Foundation, a DAF sponsor. “Donors contribute to them and get one annual tax receipt, and then they go online and recommend grants to their favorite charities. If there are rigorous reporting and tracking requirements, fees will increase and donors will have less to give away, hurting the charities.”

Accounts sponsored by the American Endowment Foundation give out about $2 million a day to charities, Nopar said. He believes that financial advisers wouldn’t talk to their clients as much about charitable giving if DAFs and private foundations became too complex.

Fidelity Charitable, the country’s largest provider of DAFs and the largest grantmaking organization in the U.S., is reviewing the proposed legislation, a spokesman said. He added that if Fidelity DAF holders don’t make grants from their accounts for two years, Fidelity donates 5% of the account to the charity that the account holder has previously supported the most.

Fidelity Charitable has donated between 22% and 27% of its total DAF balances to charities over the past five years, he said.

A spokeswoman for the second-largest DAF provider in the U.S., Schwab Charitable, said Schwab was reviewing the legislation. She added that grants to charities from Schwab Charitable DAFs “increased by almost 40% to $3.7 billion in 2020, and we anticipate a similar pace of giving this year.”

‘The status quo for charitable giving incentives is not working’

The proposed bill is a victory for a group of billionaire philanthropists who’ve been pushing for charitable-giving reforms. The ACE Act incorporates ideas that have been put forth by the Initiative to Accelerate Charitable Giving, a coalition of leaders from prominent private foundations, including the Ford Foundation and other heavy hitters in the philanthropy world.

“As our country grapples with a pandemic, an economic recovery and deeply rooted inequality, it is clear the status quo for charitable giving incentives is not working,” said billionaire John Arnold, a member of the coalition and co-founder, with his wife Laura Arnold, of Arnold Ventures, a philanthropic LLC.

“Congress must act to close the loopholes that warehouse charitable dollars in intermediary vehicles and slow the flow of charitable dollars to working charities,” Arnold added. “Charities are at the frontlines of our communities, and it’s time to unlock the more than one trillion dollars promised to them.”

Supporters of the bill say they’re optimistic about lawmakers on both sides of the aisle embracing the legislation.

“The fact that this bill was introduced by Sens. King and Grassley proves there is bipartisan support for pragmatic reforms that strengthen our charitable infrastructure and restore the connection between charitable tax benefits and benefits to charities,” said Madoff, a member of the Initiative to Accelerate Charitable Giving.