Home
Stocks
Kelley Blue Book: This is the hybrid car that will cost you the least over 5 years
Prev Article Next Article
This post was originally published on this site 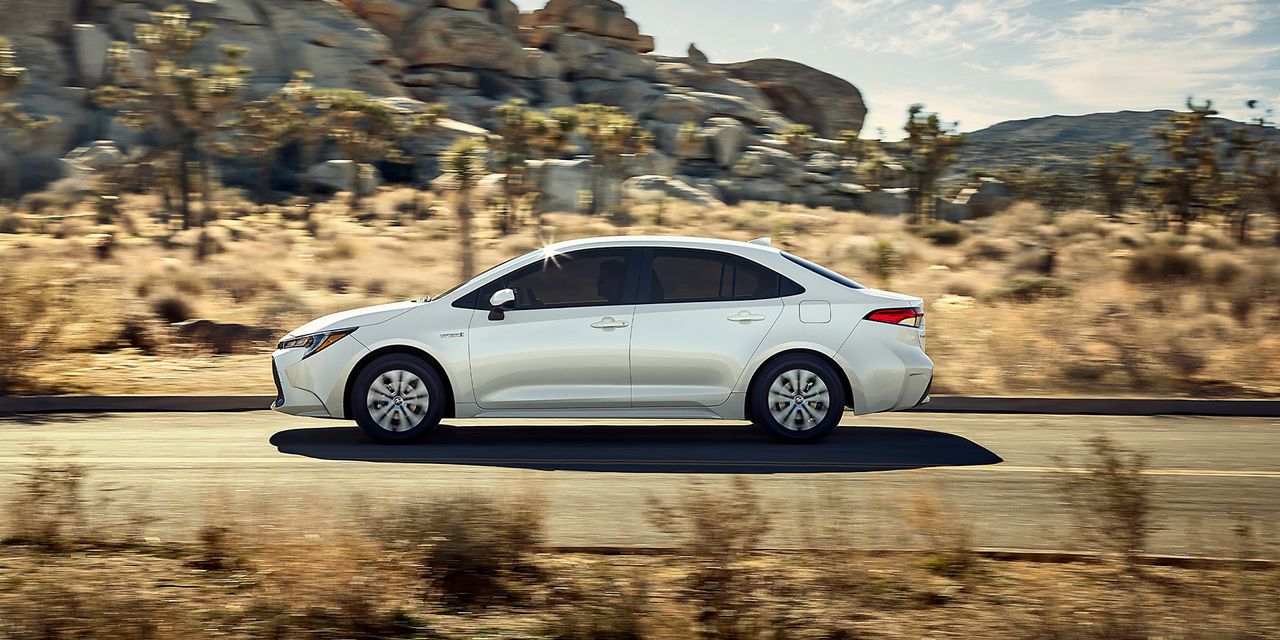 Starting at an affordable $23,600 and racking up a highly respectable 53 miles per gallon in the city and 52 mpg on the highway, the 2021 Toyota Corolla Hybrid seems a natural for low 5-year-cost-to-own leadership. That’s a pretty good deal for a hybrid. With a clever, careful, nurturing foot on the throttle and brakes, you shouldn’t be surprised to get 600 miles on a tank of gas. The fact that it’s a Toyota
TM,
,
a name synonymous with reliability and strong resale value, adds even sweeter frosting to the compact sedan’s KBB 5-Year Cost to Own Award cake.

The 2021 Corolla Hybrid comes in 5-seat LE trim only. As such, it comes with automatic climate control, premium interior materials, and Smart Key keyless entry with push-button start. A high-def 7-inch screen captures the Corolla Hybrid’s infotainment and settings, while the exterior sports LED headlights and taillights, and color-keyed mirrors and door handles.

The front-wheel-drive Corolla Hybrid boasts better-than-you’d expect behavior. The ride is comfortable without being floaty. The handling is sharp enough to be enjoyable without being punishing. Power mode is recommended — nay, essential — to get the best out of the 121-horsepower engine/battery combination and the continuously variable automatic transmission (CVT).

Also see: What to expect when returning a leased car

“One of the Corolla Hybrid’s most pleasing aspects is the design and quality of its cabin. Even at the lowly LE trim level, the Toyota impresses with its fit and finish, large infotainment touchscreen, and comfortable seats,” is how KBB’s Expert Review summed up the 2021 Toyota Corolla Hybrid.

Further, we gave mixed credit to the compact’s standard safety features. These include pre-collision alert with pedestrian and cyclist detection, as well as lane-departure alert, and full-speed adaptive cruise control. We said, “Although Toyota has introduced a newer version of Toyota Safety Sense on other models, the system on the Corolla is still impressive and includes most driver aids as standard.” Blind-spot monitoring, however, is still only optional.

Learn more: What is EV, BEV, HEV, PHEV? Here’s your guide to types of electric cars

KBB’s 5-Year Cost to Own is the total amount of vehicle-related costs you will likely have to cover during the first 5 years of owning a car. This includes out-of-pocket expenses like fuel and insurance, and vehicle depreciation (loss in value).

This story originally ran on KBB.com.