Home
Stocks
The Wall Street Journal: What working from home taught us about our office setups
Prev Article Next Article
This post was originally published on this site 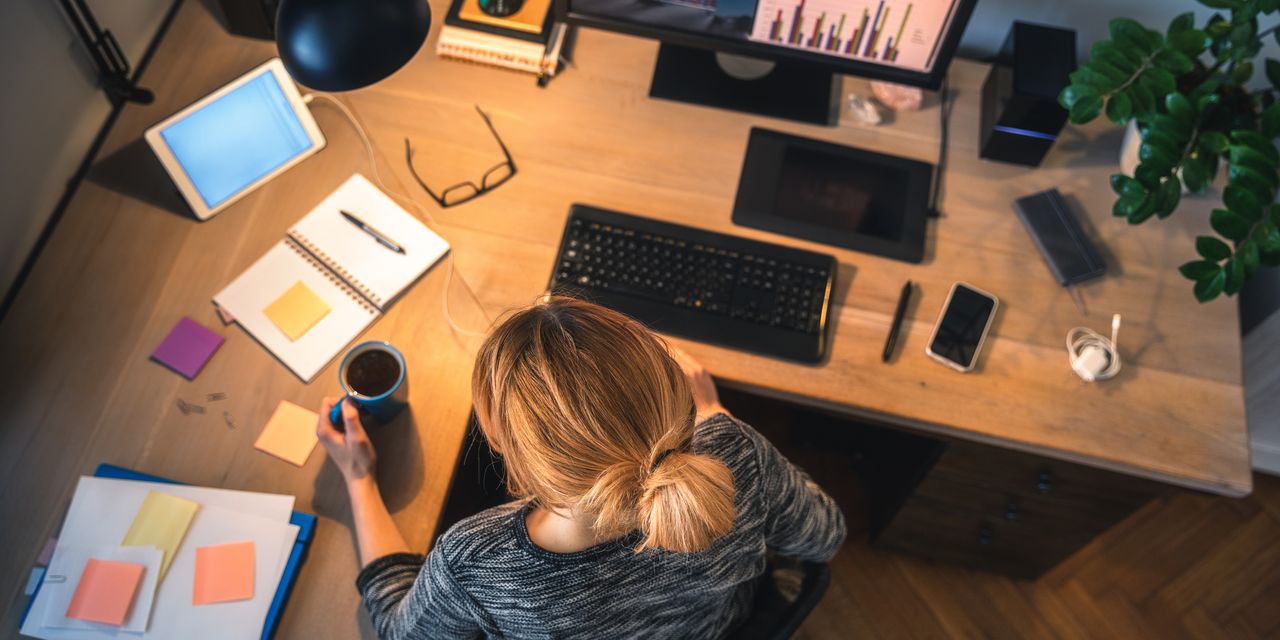 Gabe Marans, an executive managing director at the real-estate company Savills, is back in his office on Park Avenue in New York City—but he’s not yet off Zoom. He and his in-person colleagues still use video calls to talk with clients. Mr. Marans says he looks better than ever on these calls, thanks to the ring light and Lume Cube, another portable lighting device, that he bought to improve his at-home video calls during the pandemic last spring.

He has a second set of the exact same lighting devices at his home office in Tenafly, N.J., where he still works one or two days a week. “Two pairs of everything” is his motto today. Another pandemic-era work habit that stuck with him is switching from old-school pen and paper to an iPad app called GoodNotes. It got hard to keep track of notebooks in his house, since he used to break up his workday to spend time with his 3-year-old son.

“I’d say my workflow is way better and more streamlined now,” he says.

Across the country, workers are re-evaluating their work-from-home setups as conventional offices slowly reopen. Some, like Mr. Marans, are bringing elements of the home offices that they perfected during the pandemic back with them. Others are paring down their domestic workspaces now that remote work is more quotidian instead of the special occasion it became last spring.

An expanded version of this article appears on WSJ.com.