Home
Stocks
Capitol Report: There are signs of stubbornly high inflation on the horizon, former Bank of England chief says
Prev Article Next Article
This post was originally published on this site 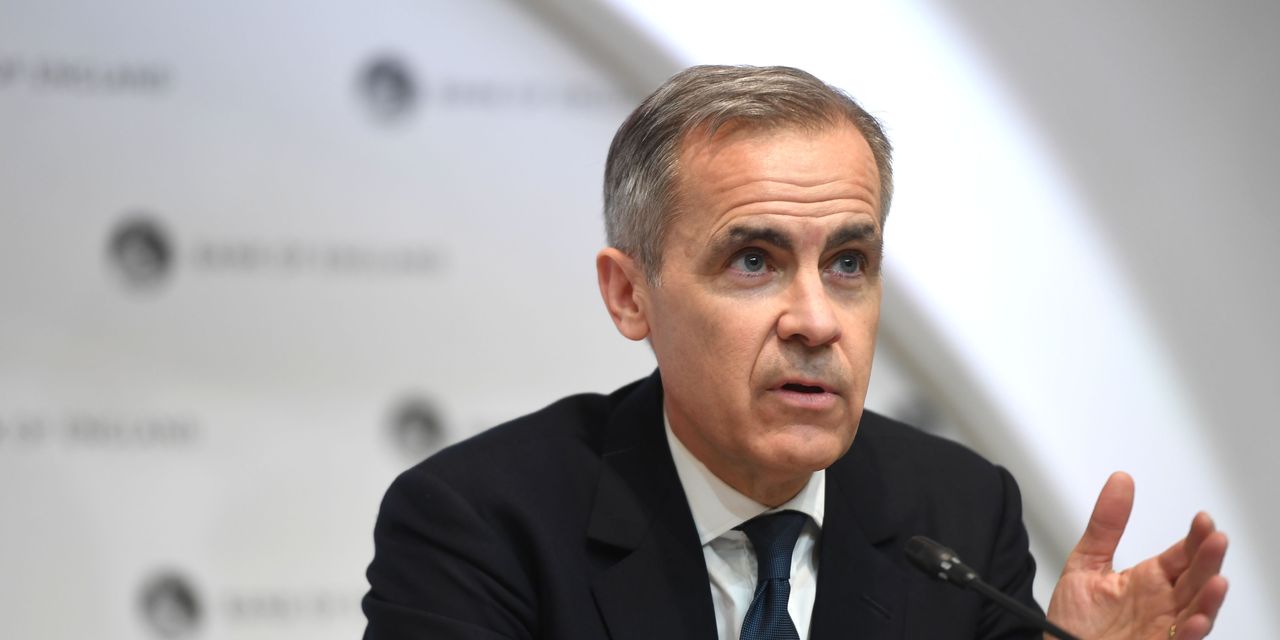 Move over Larry Summers. Former Bank of England Governor Mark Carney indicated Monday he is in the camp of economists worried about an outbreak of higher inflation.

“There are signs that inflation will be above target over the horizon from here,” Carney said, during a webinar with the Brookings Institution.

The Fed is following a new “average inflation target” policy, meaning the central bank plans to allow inflation to rise above its 2% target for an undetermined time to make up for the period inflation has run below that level.

In his remarks, Carney said that he thought there was a risk higher inflation would persist even beyond the Fed’s willingness to tolerate price gains to make up for this past undershooting.

The balance of risks is headed toward “the prospect of inflation being above target for longer than the makeup of the past undershoot,” Carney said.

Read: U.S. inflation is still climbing and now higher labor costs are adding to the pressure

Fed Chairman Jerome Powell and his colleagues have argued that the higher inflation readings will be “transitory” and price levels will settle down as the economy continues to reopen, supply bottlenecks ease and low inflation readings from last spring drop out of the data.

Fed officials have been deliberately vague about how long they would tolerate inflation above 2% and what level of inflation might cause them to start to tap the brakes on monetary policy.

Summers, the former U.S. Treasury Secretary, has been speaking out about wanting the Fed to start reversing its loose monetary policy or they’ll risk inviting stubborn inflation into the economy. His comments have become central to Republican talking points that the Biden White House’s infrastructure plan is fiscally reckless.

Read: The fear of inflation is a red herring designed to distract us from the need for policies to reduce inequality, says Joseph Stiglitz

Fed officials will meet on June 15-16 to set monetary policy. The central bank will release its updated economic and interest-rate forecast followed by a Powell press conference when the meeting ends.

The Fed has been running an easy monetary policy and while officials are expected to begin talking about tapering its monthly asset purchases, no slowdown in the $120 billion per month in buying those assets is expected until the end of summer at the earliest.

Stocks were lower on Monday with the Dow Jones Industrial Average
DJIA,

down 130 points in late-morning trading.

have been relatively steady since hitting highs above 1.7% in late March.