Home
Market
AMC Set For New Records, Up 20% Premarket, Blackberry Gains 30%
Prev Article Next Article
This post was originally published on this site 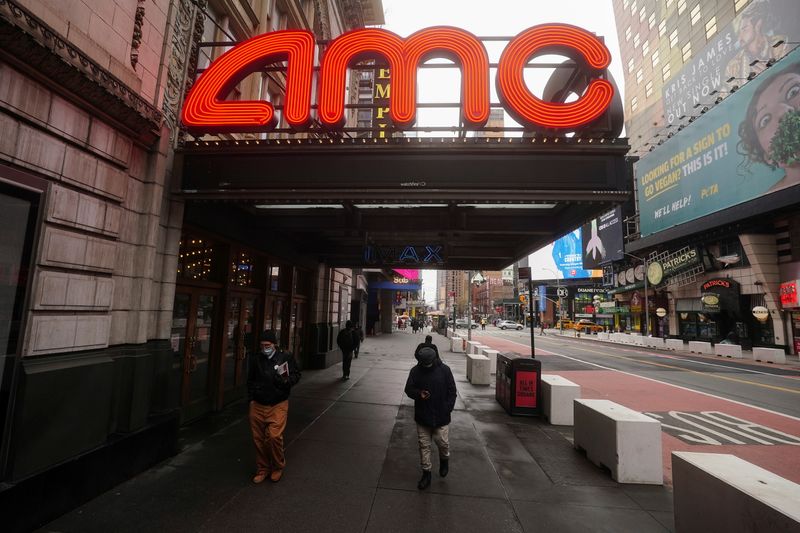 Investing — Meme stock favorite AMC (NYSE:AMC) looked set for another blockbuster run Thursday, rallying 20% in the premarket, a day after shares more than doubled in a single session.

BlackBerry (NYSE:BB) was up too, rising 30% in premarket, while GameStop (NYSE:GME), the original meme stock darling, gained 3%, in line with its relatively subdued trend in recent times.

The meme stock rally has been driven by by retail inventors acting together to bid up shares of heavily shorted companies, forcing short sellers to unwind their bets at a loss.

AMC has done much more recently beyond offering free popcorn to investors who sign who sign up for its AMC Investor Connect, an initiative to engage directly with its sizable retail shareholders, to attract attention but this demolition of trading records and stock market highs has left many baffled.

In less than a month, AMC has raised $658.5 million in equity. Part of this money will be spent on new leases and revamping old theatres.

But the pandemic has caused its long-term debt levels to soar to $5.4 billion as of the first three months of this year from less than $2 billion in 2016. And it’s still losing money, with analysts expecting another $100 million to go over the next 12 months.

Many experts have warned that retail traders, who are looking for quick money, could end up hurting themselves as the fundamentals of the companies aren’t strong enough to justify current valuations.