Home
Stocks
: The world’s best chess players are competing for bitcoin. The prize pot is volatile.
Prev Article Next Article 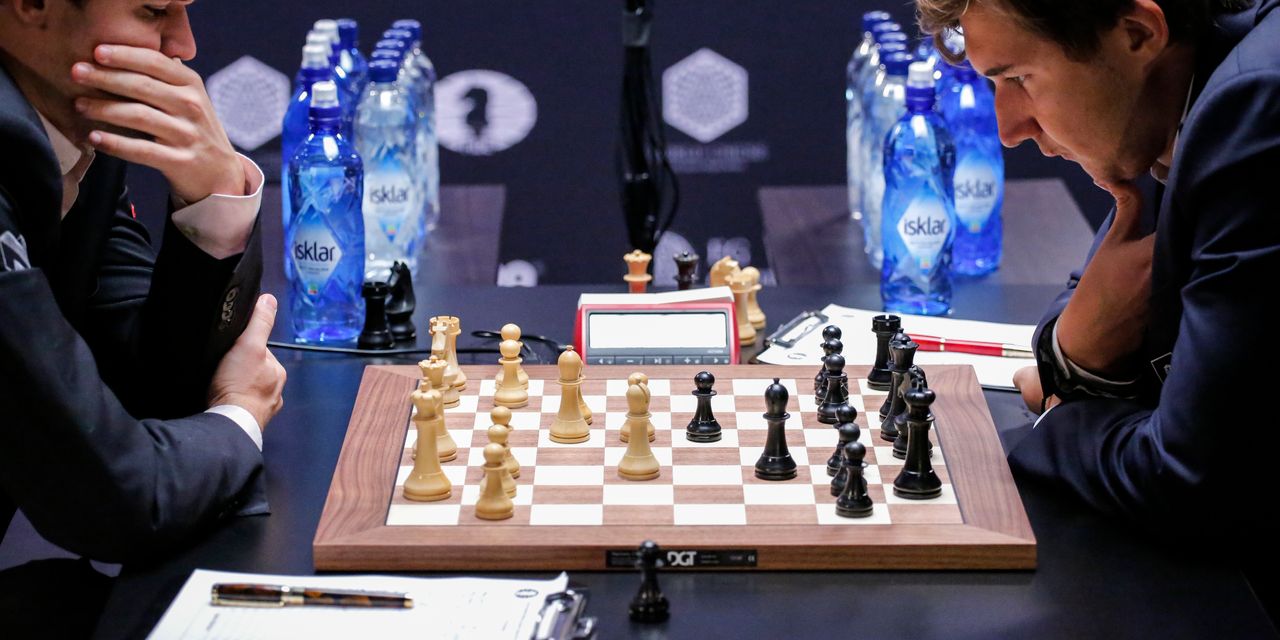 Sixteen grandmasters, including the top 10 in the world, are competing against each other and the clock in a typically tense, elite-level chess tournament — as anyone who has watched Netflix’s
NFLX,

“The Queen’s Gambit” will know.

But there is a twist this time, as the tournament organizers have thrown the volatility of the world’s No. 1 cryptocurrency into the mix.

provided by crypto exchange FTX, which is sponsoring the tournament. That is a record total prize pot for an online tournament.

However, that $100,000 in bitcoin — or 2.1825 bitcoin — is now worth just over $81,000, according to the live prize-fund tracker on the tournament website. At one point on Monday it dropped below $70,000. As the competition doesn’t finish until May 31, there is still plenty of time for the winnings to fluctuate.

The tournament is one of 10 events in the $1.5 million Meltwater Champions Chess Tour, which organizers have dubbed “the richest and most prestigious online chess event in history.”

The world’s first bitcoin chess tournament comes during a particularly volatile period for the cryptocurrency.

Chief Executive Elon Musk, and a crackdown by China on the sector. It has since recovered some ground to trade just above $37,000 early on Tuesday, according to CoinDesk data.

The unpredictable nature of bitcoin seems to have filtered through to the players, with world No. 1 Magnus Carlsen at risk of an early exit following a shaky start to the tournament.