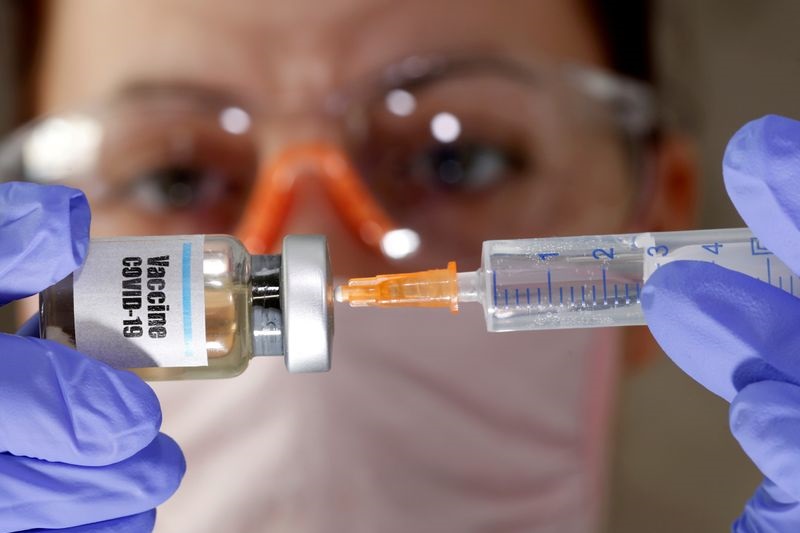 Investing.com – The S&P 500 closed at record highs on Tuesday, shrugging off a vaccine setback as reopening stocks cut some losses and tech rallied ahead of the start of quarterly earnings season.

U.S. health authorities halted the use of Johnson & Johnson (NYSE:JNJ)’s Covid-19 vaccine after reports that recipients experienced rare blood clotting within 6 to 13 days after receiving the single-shot inoculation.

The Food and Drug Administration said the probe into the blood clots is expected to last for “a matter of days.” The U.S. drug watchdog confirmed that they haven’t seen the blood clots from recipients of the Pfizer (NYSE:PFE) or Moderna (NASDAQ:MRNA) vaccines.

President Joe Biden, however, said the U.S. has enough vaccine “for every single solitary American,” despite the setback.

Reopening stocks – those tied to the progress of the economic reopening – like cruise lines, hotels and airlines recovered some their losses

Weaker guidance from American Airlines (NASDAQ:AAL) soured the sentiment on the broader sector somewhat as the airline forecast wider-than-expected losses for Q1.

The vaccine rollout is pivotal to ensuring the consumer, the backbone of the U.S. economy, feels safe and confident to return to spending.

“The data that I’ve seen points to consumer balance sheets being in the best shape, they’ve been in for many years,” Eric Diton, president and managing director at The Wealth Alliance, said in a recent interview with Investing.com. “I don’t think there is a risk that the consumer is going to disappoint,” Diton added.

Technology helped to push the broader market to record highs as investors continue to back megacap growth in the run up to quarterly earnings later this month.

A fall in U.S. bond yields, which trade inversely to prices, also supported investor sentiment on growth stocks despite the latest data showing an uptick in inflation.

The U.S. consumer price index rose by 0.6% in March, topping economists’ expectations for a 0.5% increase, according to data released by the Bureau of Labor Statistics Tuesday.

“One strong month is just a rebound, but we expect further outsized gains as the economy reopens,” Pantheon Macroeconomics said in a note.

Still, there are some on Wall Street urging caution.

The market is approaching a “power-on stall,” whereby the climb higher becomes more and more labored, “until the plane loses the lift and begins to stop climbing no matter how much power is being applied,” Cannacord said.

In other news, cryptocurrencies were in the spotlight, with bitcoin hitting a record high ahead its multi-billion direct listing of crypto exchange Coinbase.