Home
Stocks
Market Extra: The Fed is dovish but bond yields are soaring. What gives?
Prev Article Next Article
This post was originally published on this site 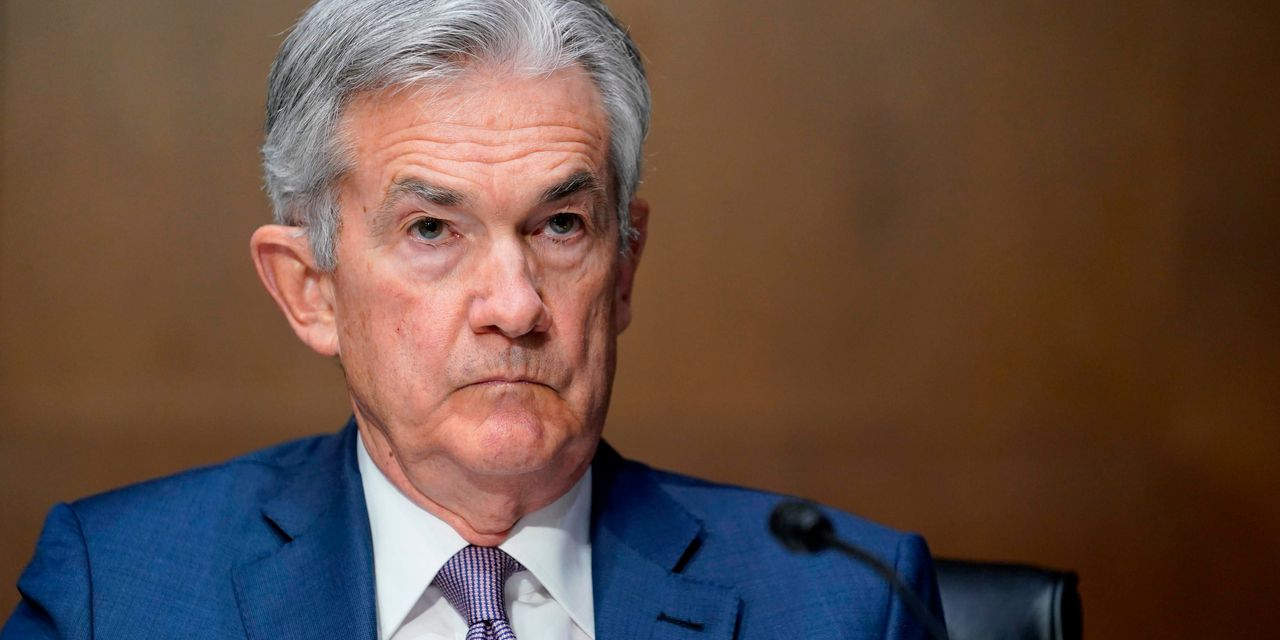 Only a day after analysts had hailed the victory of the Federal Reserve over traders doubting the central bank’s pledge to keep monetary policy easy for an extended period, bond yields rose sharply on Thursday.

was up nearly 10 basis points to around 1.74%, around its highest level since January 2020. Meanwhile, the 30-year bond yield
TMUBMUSD30Y,

was knocking on the door of 2.5%, near its loftiest level since mid-2019. Bond prices move inversely to yields.

See: What we learned — and what we didn’t — from Jerome Powell’s press conference

Investors are now scrambling to understand what has prompted the renewed volatility in a Treasury market that appeared to have calmed down after Wednesday’s Fed meeting.

Here are some of the theories being thrown around:

At the postmeeting news-conference, Powell underlined the central bank would stick to its new framework of average inflation targeting, which would in theory only see the central bank contemplate less accommodative policy if inflation managed a sustained overshoot of 2%.

By confirming the Fed’s willingness to stand pat, even if inflation saw a temporary surge beyond 2%, investors may be raising the probability the economy will run hot in the next few years without having to worry about the central bank pulling away the market’s punchbowl. In that scenario, long-term bond yields would have little protection against the risk of an inflationary surge.

“This new inflation framework is destined for a steeper yield curve,” said Matthew Miskin, co-chief investment strategist at John Hancock Investment Management, in an interview, referring to the spread between short-term and long-term yields.

Yet markets were sending mixed messages. Break-even rates that show inflation expectations among holders of Treasury inflation-protected securities indicated investors did not see price pressures persisting over the longer term.

“The market is pricing in transitory inflation,” said Frank Rybinski, chief macro strategist at Aegon Asset Management, in an interview.

Amid the Treasury-market selloff, the sharpest rises were seen among medium-term maturities like the 5-year note
TMUBMUSD05Y,

As a proxy for interest-rate expectations over the next few years, their surge could also have suggested investors may be doubting the central bank’s pledge to keep policy accommodative for a sustained stretch of time.

After all, analysts remarked there was only so much the central bank could do to fight investors’ tendency to look ahead.

Given the enormous uncertainty around inflation and economic growth as the economy fully reopens and stimulus makes its way into households’ pockets, it was difficult to know where Fed policy would be in a year’s time when the growth and inflation outlook was just as murky.

“This cycle is so much, so fast, and so soon. A lot of things are getting distorted,” said Rybinski.

Yet for all the speculation around whether the Fed was the trigger for the Treasury selloff on Thursday, some analysts were looking abroad for answers.

The Bank of Japan during its two-day meeting was looking to adjust its yield-curve control policy where it keeps long-term interest rates capped but allows them to trade in a tight range, according to a report from Japanese financial newspaper Nikkei.

BofA Global strategists said the tweak would allow “further back-end steepening of the [Japanese government bond] curve, alleviating some of the pressure on financial institutions, and making the BoJ’s easing program more sustainable in the long run.

As an anchor of bond yields across the world, analysts said rising rates in Japan can be amplified into broader weakness in Europe and U.S. bonds as Japanese investors reassess the gains from holding domestic debt over their overseas peers.

Meanwhile, the jump in Treasury yields was blamed for renewed pressure on growth-oriented stocks, which stand to suffer most from higher rates due to lofty valuations. The tech-heavy Nasdaq Composite COMP slumped more than 1% in Thursday trade, while the more cyclically oriented Dow Jones Industrial Average DJIA traded in record territory and the S&P 500 SPX saw a modest pullback.

See: ‘There will be no peace’ until 10-year Treasury yield hits 2%, strategist says