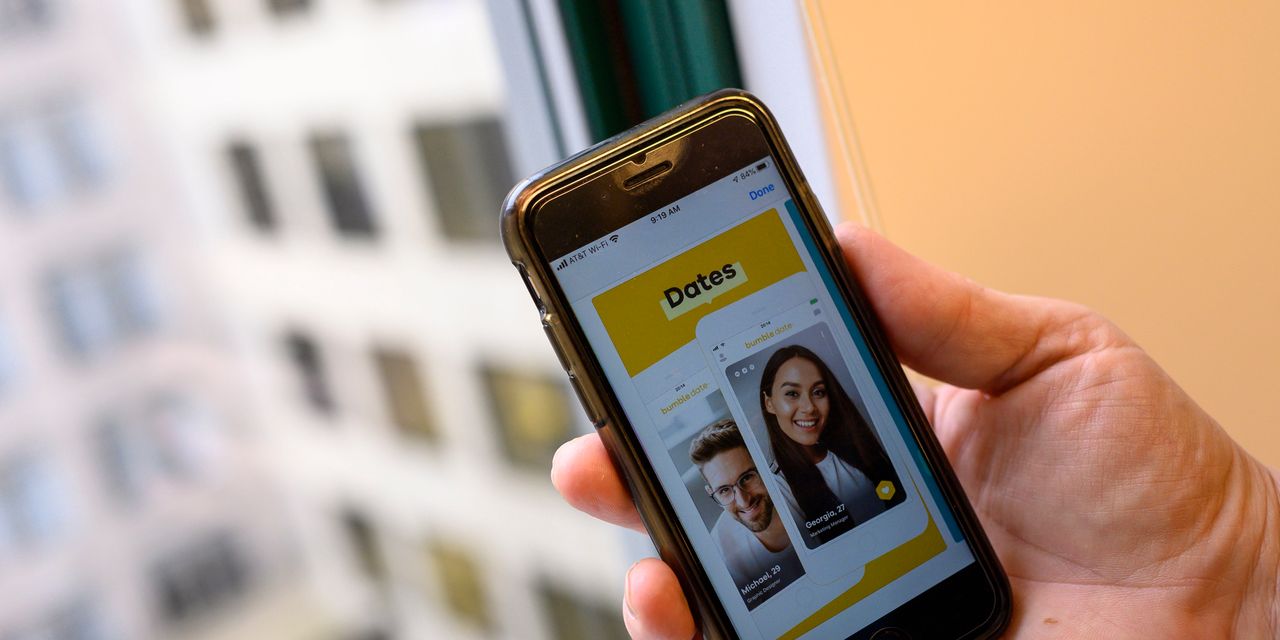 Analysts polled by FactSet had expected Bumble to report a GAAP loss of 9 cents a share on sales of $163.3 million.

The company guided for first-quarter 2021 revenue between $163 million and $165 million, and an adjusted EBITDA between $41 million and $42 million.

The company went public last month, with shares rising 70% on their first day of trading.

Bumble remains “focused on driving scale, investing in our users and expanding internationally,” Chief Executive Whitney Wolfe said in a statement. “Our IPO was a pivotal milestone, but we are just getting started and are excited for the next chapter of our journey.”

Bumble primarily generates revenue from paid subscriptions and purchases of premium dating-app features, though the company also makes some money from advertising.

Emily Bary in New York contributed to this report.