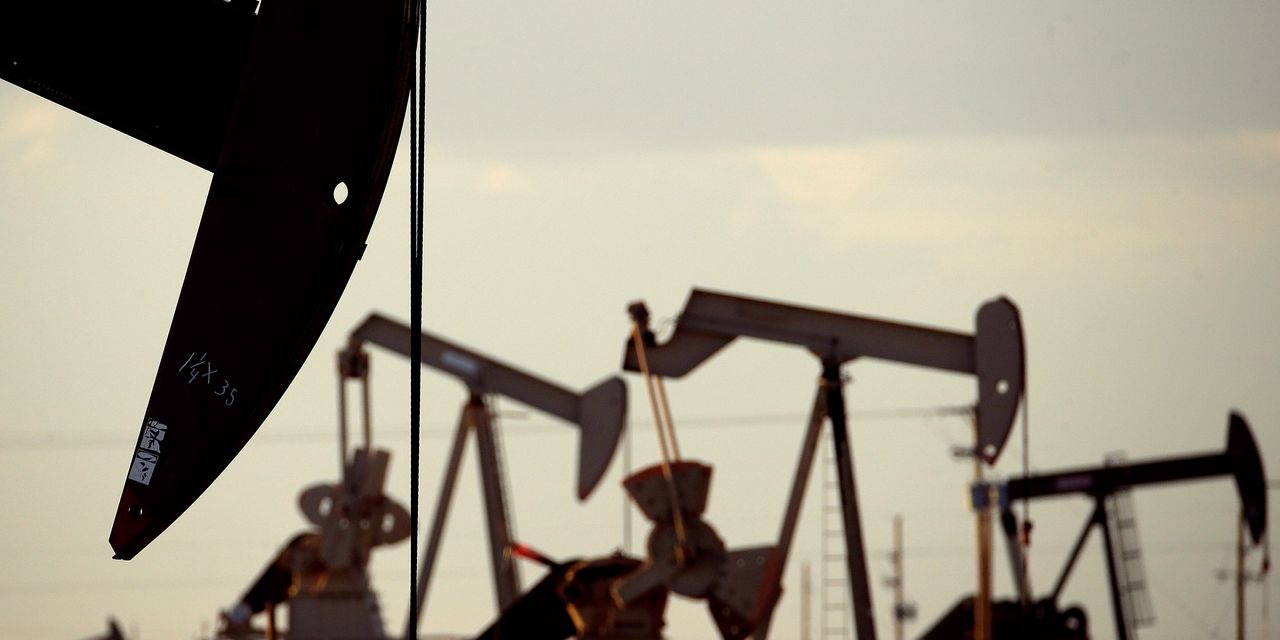 Oil futures moved lower Tuesday, on track to suffer a second straight day of losses as traders awaited data that may reveal a third weekly climb in U.S. crude inventories.

“A more definite price direction is expected soon, when the U.S. weekly oil inventory report reveals estimates on how oil stocks performed last week,” said Bjørnar Tonhaugen, head of oil markets at Rystad Energy. As refinery operations are resuming, in the wake of damage from the frigid temperatures in mid-February, “markets will be expecting crude stocks to further draw down towards the spring.”

On average, analysts expected domestic crude supplies rose by 2.7 million barrels for the week ended March 5, according to a survey conducted by S&P Global Platts. Supplies jumped up by 21.6 million barrels the week before, with analysts citing the change to a drop in refinery activity from the winter storm in Texas.

While overall oil demand levels continue to gather strength, “the lingering impact of last month’s winter storms has complicated matters,” said Robbie Fraser, global research & analytics manager at Schneider Electric, in a market update. “Even as production has essentially returned to normal, some refineries have seen run rates impacted into the current month.”

Oil prices moved higher in early Monday dealings, with Brent topping $71 a barrel for the first time in over a year, before pulling back to settle lower for the session, marking the first loss in four sessions.

Traders showed concern about the stability of oil supplies in the Middle East after an attack by Iran-backed Houthi rebels on oil facilities in Saudi Arabia over the weekend, but there was reportedly no damage to the Saudis largest oil export terminal at Ras Tanura in the Persian Gulf.

A surprise decision last week by the Organization of the Petroleum Exporting Countries and its allies, known as OPEC+, to roll over production curbs that had been due to expire into April — along with a unilateral cut of 1 million barrels a day by Saudi Arabia — recently provided support for oil prices.

Rounding out action on Nymex, prices for natural-gas futures edged lower, with the April contract NGJ21, -0.79% at $2.64 per million British thermal units, down 0.9%.