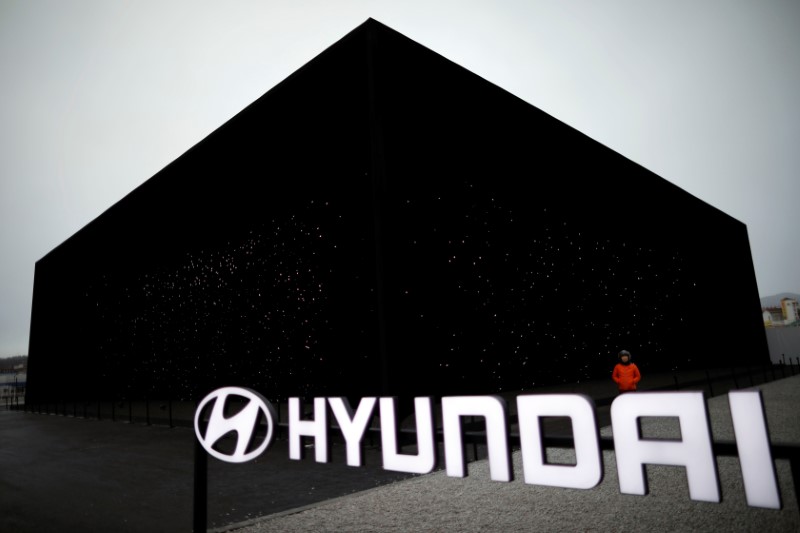 SEOUL (Reuters) – Hyundai Motor has so far avoided a chip shortage that has plagued global automakers, largely maintaining its stockpile of chips last year and even accelerating purchases towards the end, three people with knowledge of the matter said.

The shortage has forced production cuts worldwide, including at Volkswagen (DE:VOWG_p) and General Motors (NYSE:GM), prompting Germany and the United States to ramp up efforts to resolve the shortage.

Other than Japan’s Toyota Motor (NYSE:TM), which said this month it had enough chip inventory to last it about four months, Hyundai and its sister firm Kia Corp are the only global automakers to have maintained a stockpile of low-tech chips that helped them keep up production.

If it doesn’t ease soon, though, the shortage could hit Hyundai too, as tight capacity on factory floors starts pressuring production of even high-tech auto chips, said two of the people, who are familiar with the company’s purchases.

The South Korean automaker kept buying chips even as rivals cut orders to reflect diminished demand because of the pandemic.

Analysts said past events that roiled Hyundai’s supply chain and forced it to halt production have shaped this more conservative take on inventory, a departure from automakers’ typical just-in-time approach.

“Like other automakers, Hyundai also planned to cut production at the beginning of the year because of COVID-19,” said one of the people with direct knowledge of Hyundai’s purchases.

“But procurement read the trend of the semiconductor industry cutting auto chips production and said, ‘if we don’t buy them as well, we’ll be in trouble later on,'” said the person, referring to a rush of buying by gadget makers that sucked up most chipmaking capacity.

Chipmakers who supply auto companies outsource most of their production to contract manufacturers like Taiwan’s TSMC, which analysts say often prioritise orders from electronics clients who account for nearly all their revenue.

Hyundai still bought fewer chips in 2020 than it did in 2019, said one of the sources with direct knowledge of auto chip production. But it sharply increased buying in the quarter that ended in December, the person said.

The people declined to be identified because they are not authorised to speak to media.

The fact that Hyundai’s domestic market was relatively solid through the pandemic most likely influenced the company’s plans, analysts said, as did its experiences with China and Japan.

Hyundai took lessons from a diplomatic spat with Japan in 2019 that affected supplies https://www.reuters.com/article/us-southkorea-japan-laborers-chip-analys-idUSKCN1UR3LZ of chemicals at South Korean chipmakers, and in early 2020, when the coronavirus was spreading in China, production was halted in Hyundai and Kia’s plants because of shortages of a part from China.

A spokeswoman told Reuters Hyundai was collaborating with its suppliers to maintain stable production.

Since Hyundai kept buying from chipmakers and global auto parts suppliers such as Bosch and Continental before the shortage worsened, they also managed to keep costs down.

“This has allowed Hyundai to first, secure auto chips, and second, buy them when they were cheaper,” said Kim Jin-woo, analyst at Korea Investment & Securities.

These suppliers – including Telechips, which contracts fabrication out to Samsung Electronics (OTC:SSNLF) – are likely to prioritise Hyundai, from whom they get much of their revenue, analysts said.

One person with direct knowledge of Hyundai’s purchasing decisions said the company has diversified suppliers for at least one chip since late last year.

In a statement on Thursday, Hyundai said it plans to halt operations at one South Korean factory for five days in March to adjust inventories of some models.

A union official told Reuters the company was trying to save chips by adjusting production of its weaker-selling Sonata model. Sonata in South Korea sold 67,440 units last year versus 145,463 units of Hyundai’s most popular sedan Grandeur.

According to an internal document seen by Reuters, Hyundai expects the shortage to ease in the third quarter, and Kia said last month that since October it had been reviewing its supply chain to prevent production disruption.

“We would not say we are prepared for the next three to six months, but we could tell you that we are not seeing any immediate production disruption,” Kia said on an earnings call last month.

Still, there is rising concern at Hyundai, two of the three people said. The company is checking inventory more frequently and trying to lock down supply contracts earlier, one of them said.

The union official said Hyundai had told the union this week that Hyundai “had secured a lot of chips” but that the situation was becoming “a bit difficult”.

“Clients are trying to pull all they can, while suppliers are being strategic about which order they meet,” said the source with direct knowledge of auto chip production. “It’s going to get worse before it gets better.”