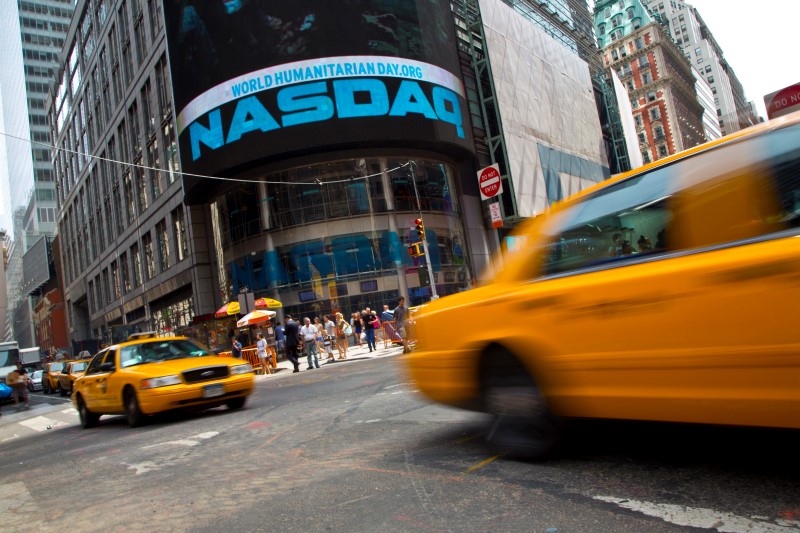 Investing.com – U.S. stocks are seen opening lower Tuesday, with the high-growth tech sector set to be hit hard as rising bond yields force a rethink of the models underlying some stretched valuations.

Wall Street closed mixed Monday, with the Dow Jones Industrial Average ending marginally higher, while the S&P 500 ended down 0.8%, for the fifth session in a row, while the Nasdaq Composite slumped 2.5%.

This rotation out of growth stocks, typified by the Nasdaq’s tech sector, and into the companies that have been very hard hit and could benefit from the reopening, is likely to continue Tuesday. Tech stocks whose valuations rests on rock-bottom discount rates extrapolated into the distant future are particularly at risk from any sign that borrowing costs could rise sooner than expected.

Higher yields and inflationary pressures are likely to be prime topics of discussion as Federal Reserve Chairman Jerome Powell starts his two days of Congressional hearings later Tuesday, particularly with President Joe Biden’s $1.9 trillion stimulus package likely to be approved by Congress in the next few days. The spending package implies Treasury issuance well beyond what the Fed has said it will buy.

“Powell’s team of cooing doves will have a harder and harder time facing down speculation of an early tapering by the Fed towards the summer,” said analysts at Nordea, in a research note. “Inflation is about to surge, and perhaps even core inflation will get a move on due to ‘unexpected’ spill-over effects.”

Away from Capitol Hill,  the retailers Home Depot (NYSE:HD) and Macy’s (NYSE:M) reported quarterly results before the bell Tuesday, but the focus will be on what the company executives say about the outlook for this year. Home Depot stock fell 1.5% after it said 2021 may not be as strong as last year.

Looking at the economic data slate, the reading for February consumer confidence is due at 10 AM ET (1500 GMT), with a move higher to 90 expected, up from 89.3 the prior month.

Oil prices surged Tuesday with U.S. production slow to return from the deep freeze which affected large swathes of the country last week, including Texas, the largest crude producing state.

Estimates point to up to two weeks to restart more than two million barrels per day of crude output thanks to frozen pipes and power supply interruptions.

Inventories data from the American Petroleum Institute will be studied carefully when they are released later in the session given last week’s outages.