Home
Stocks
Economic Report: Hiring sank in December to cap off worst year for U.S. labor market since 2009
Prev Article Next Article
This post was originally published on this site 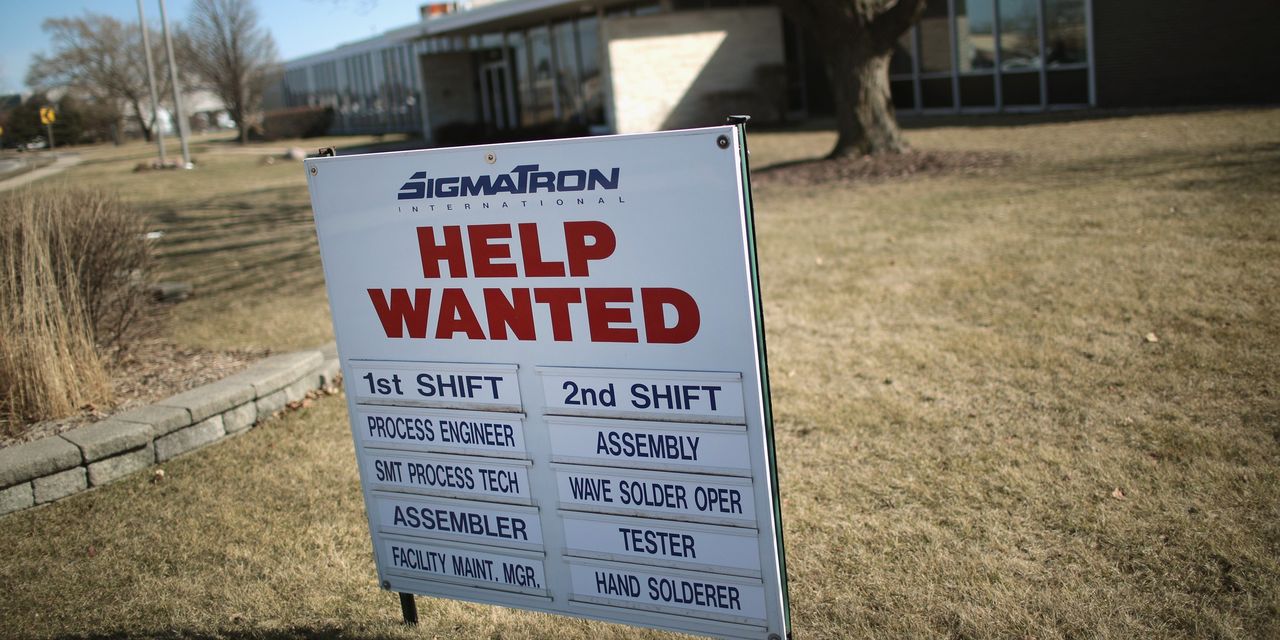 The numbers: Businesses sharply cut back on the number of people they hired at the end of 2020, a new survey shows, with most of the decline at restaurants, hotels and other companies hurt most by the coronavirus.

Hiring shrank by almost 400,000 in December to 5.5 million, according to the government’s job openings and labor turnover survey. Known as Jolts, the report is issued with a one-month delay.

Many businesses were forced to lay off workers again after coronavirus cases exploded to a record high and states reimposed some restrictions.

Read: Rising inflation is no threat to the U.S. economy – or is it?

What happened: Hotels and restaurants accounted for more than half of the decline in hiring in December. Hiring also fell in transportation, warehousing, arts, entertainment and recreation.

Retailers hired almost 100,000 workers in December, though most of those jobs were temporary.

One oddity in the report: The percentage of private-sector workers who quit their jobs moved up slightly to 2.6%.

That’s up sharply from 1.6% early in the pandemic and is just two notches shy of the highest level on record.

Workers typically quit their jobs when they are confident they can get a better one — a sign of a strong economy.

What might help explain part of the increase is the fear of some workers that they might contract the virus if they stay on the job.

And: Why the unemployment rate fell even though job creation was virtually nil

Big picture: Job openings were actually higher at the end of 2020 compared to a year earlier, but companies aren’t rushing to fill them. The economy lost 227,000 jobs in December and only gained back 49,000 in January.

Hiring is likely to accelerate if the vaccines are effective and the pandemic starts to fade, but it could take months for the labor market to recover its momentum. The U.S. lost a net 5.5 million jobs in 2020, the survey showed.

What they are saying? “The new data show that the decline in employment in December was more a product of reduced hiring than a pick up in layoffs,” said Nick Bunker, director of research at Indeed Hiring Lab. “This trend is easier to reverse than the destruction of employer-employee relationships that happens when workers are laid off.”