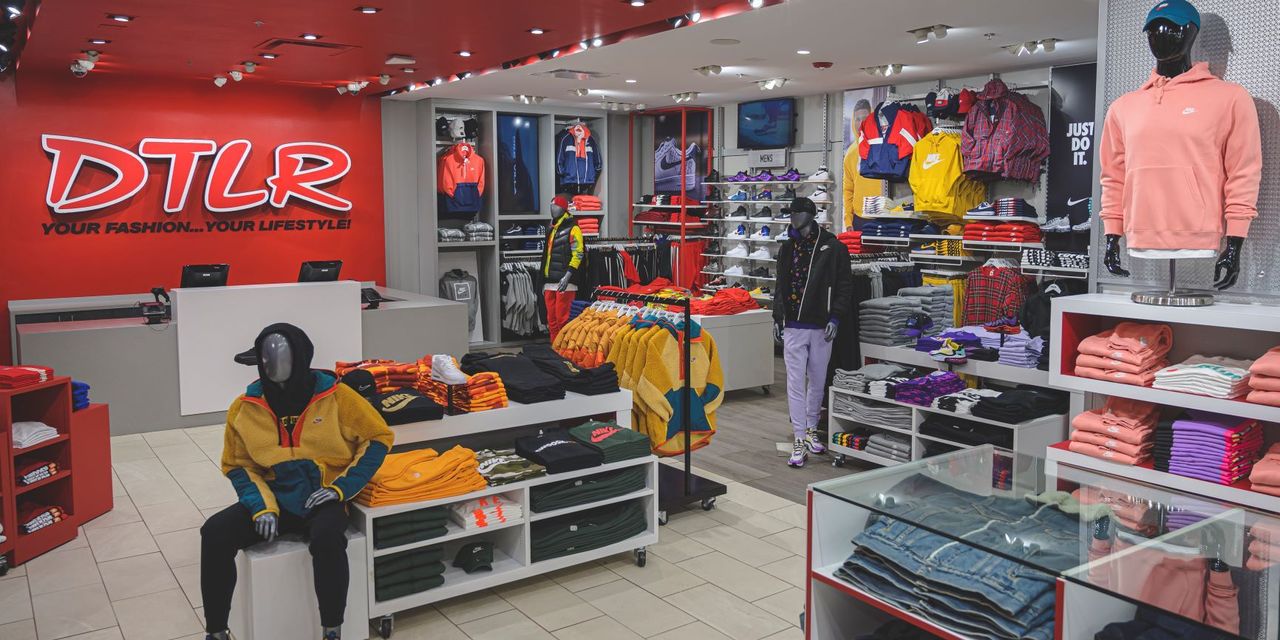 Shares in JD Sports soared more than 6% on Monday, after the U.K. retailer stepped up its U.S. expansion by snapping up Baltimore-based athletic footwear and apparel company DTLR Villa.

JD Sports’ stock was up 6.88% in early morning London trading on Monday.

The deal comes just six weeks after JD Sports JDSPY, +0.28% bought San Jose, Calif.-based Shoe Palace, giving it a foothold in states including Arizona, Nevada, Florida and Hawaii, through a network of 167 stores.

Read: Under Armour upgraded as Deutsche Bank sees benefits of ‘difficult decisions’ made across retail during COVID-19

It also comes as demand for leisurewear has soared during the COVID-19 pandemic, as lockdowns have kept people at home. In January, retailer Marks & Spencer MKS, -1.10% said 52% of customers reported wearing activewear more as everyday clothing in 2020, as it expanded its activewear range for children and men.

“JD is starting to scale in the U.S. and with its best in class retail systems, long standing relationships with the brands and tight cost and stock control, the U.S. division is starting to come of age in the largest sportswear market in the world,” wrote Greg Lawless, analyst at Shore Capital, in a research note to clients on Monday.

“In our view, this looks a further sensible bolt-on acquisition and plays to the theme that the largest retailers are starting to scale up using their balance sheets,” he added.

JD Sports first entered into the U.S. in 2018 with the $558 million acquisition of Finish Line. The group recently launched a flagship store in Times Square in New York. The U.S. now accounts for more than a quarter of the group’s total sales.

Peter Cowgill, executive chairman of JD Sports Fashion, called the deal a “milestone” in the group’s development in the U.S.

DTLR, which is currently majority owned by BRS & Co. and Goode Capital, was originally founded in 1982 as Downtown Locker Room. The company later rebranded as DTLR, and in 2017 merged with Philadelphia’s Sneaker Villa.

Total cash consideration for the acquisition is $495 million, of which approximately $100 million will be used to repay existing company debt, JD Sports said Monday. The deal is being funded from the group’s cash resources and existing bank facilities.

The DTLR management team, headed up by Glenn Gaynor and Scott Collins, who will continue in their roles as co-CEOs, will reinvest some of the proceeds from the sale back into a new minority stake of approximately 1.4%.

Shares in ASOS rose 3.87% in early London trading on Monday.

ASOS ASOMY, +7.00% is paying a total of £330 million for the brands, plus stock, but isn’t buying the physical stores, putting thousands of jobs at risk.

In a statement, the retailer said it had acquired “strong consumer-facing brands” and saw “a significant opportunity” to drive further growth for these globally.

“We see this as a sensible deal for ASOS, adding four well-regarded brands, offering a solid (if not outstanding) return on investment, supporting rapid development of one of the group’s key strategic pillars, and all with a relatively high degree of visibility. We retain our positive stance on the stock,” said analysts at Jefferies in a research note.